Charles A. Jackson, first caretaker of the Museum 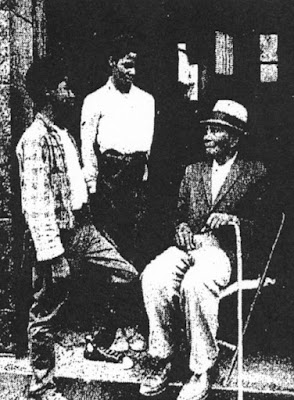 As Glessner House Museum continues to celebrate its 50th anniversary during 2016, we take a moment to remember the first caretaker of the museum, Charles A. Jackson.  Although Jackson was several years older than the house itself, he served as an able and well-respected watchman for a period of time after the house was rescued from demolition in 1966.

Jackson was born in Mobile, Alabama on June 6, 1880 (7-1/2 years before Glessner house was completed).  As a young man, he travelled extensively, working in the kitchen on ships owned by an Alabama-based shipping firm.  Following World War I, he made his way to Chicago, during the early years of the Great Migration, when more than 6 million African-Americans relocated from the rural South to the northern part of the United States.

He settled in the Prairie Avenue neighborhood, during the period when the Glessners were still in residence in their home.  In the mid-1950s, he was hired as the caretaker for the Lithographic Technical Foundation, which at that time owned and occupied the Glessner house.  He rented a room two doors to the south, in the former Wheeler mansion at 1812 S. Prairie Avenue, which had been converted to a boarding house years earlier. 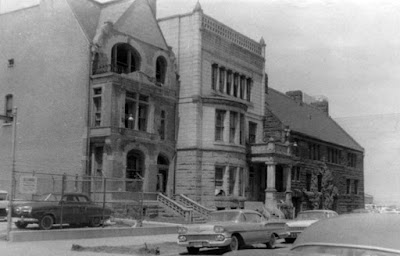 When the Foundation (by that point renamed the Graphic Arts Technical Foundation) relocated to Pittsburgh in 1965, Jackson remained as the caretaker for the Glessner house, admitting our museum founders during 1965 and 1966 when they held meetings in the library to plan how to purchase and save the house. 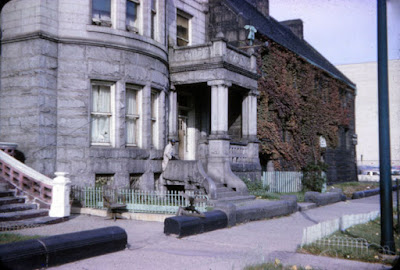 Charles A. Jackson sitting on the porch of 1808 S. Prairie Avenue in 1965
Photo by Jack Simmerling

In 1967, Jackson had moved into the basement of Glessner house when the two houses at 1808 and 18012 S. Prairie Avenue were seriously damaged by fire.  (The two buildings were razed in 1968).  Jackson occupied the front room of the basement, previously the coachmen’s waiting room, and today occupied by our Visitor’s Center.  One of the museum founders, Marian Despres, in her twenty year history of the house, noted the following about him:

“By March 1967, Charles Jackson, who had been hired as a watchman, had moved into the basement of Glessner House.  He knew everyone in the neighborhood and as long as he was there, there were no further break-ins. . . The only problem that arose during his tenancy was that sometimes, when a distinguished visitor was being entertained in the library, the aroma of cabbage and onions would waft up through the registers to mix with the brandy and cigar atmosphere of the House.”

Jackson became such a well-known fixture in the neighborhood, always sitting in the doorway of the house when the weather was good, that he became the subject of an article in the Chicago Tribune on August 1, 1971.  Entitled “Glessner’s Caretaker, 91, Basks in Glow of Memory,” the article included a quote from the Executive Director, Jeanette Fields:

“Our caretaker is kind of a legend around here . . . He’s really a grandfatherly type, altho he has no children of his own. . . Mr. Jackson has been a great influence on the children in the neighborhood.  He’s always eager to help them earn money by doing things for him and encourages them to do what’s right.”

It appears that Jackson was quite a good story teller.  Despres noted that he claimed to have been a drummer boy in the Civil War, but given that he was born 15 years after the war had ended, that was easily disproven.  However, in the 1971 Tribune article, Jackson also claimed to have played a part in the history of aviation.  He noted that he designed and built a propeller for an early airplane for Mobile resident John Fowler, a watch repairman and part-time preacher.  Jackson noted:

“Mr. Fowler was a preacher and he used to preach up and down the streets of Mobile, and I would follow him around.  One day I heard him say he was going to build an ‘air ship’ and fly it over Mobile Bay.”

After helping Fowler build a shed and the body of the plane from lumber, Jackson recalled watching the airplane take flight and travel 28 miles across Mobile Bay.  That was in the early 1890s, a full decade before the Wright brothers’ success at Kitty Hawk, NC in 1903.  In 1966, Jackson wrote a letter to the editor of a Mobile newspaper seeking recognition for Fowler and his contributions in the field of aviation.  He received several letters from various Mobile residents who confirmed they had either seen the flight or heard of Fowler and his invention.

The story of John Fowler is well-known, although his exact accomplishments are subject to debate.  He did build three “flying machines” and charged an admission fee for residents to see them.  It appears what he designed may have been more appropriately termed gliders that could take flight in strong winds.  One of the Wright brothers supposedly did visit Fowler around 1900 to study his wing design.

Exactly what role Charles A. Jackson played in Fowler’s experimental designs is ultimately unknown.   But what we do know is that Jackson was a much beloved institution at Glessner house for many years, delighting countless young people with his stories of the old days, no doubt hoping his tales would inspire the children to “do what’s right” and live their dreams.