125 years ago today, the Glessners christen their new home 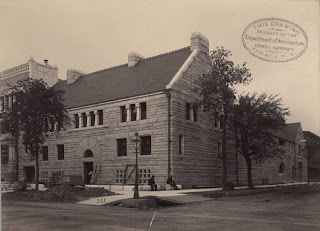 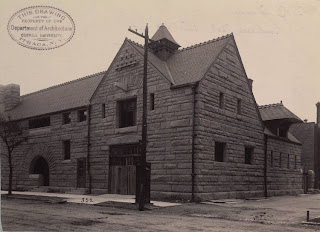 On 86, exactly 125 years ago today, John and Frances Glessner “christened” their new house at 1800 South Prairie Avenue.  Although they would not move into the house for nearly another year – 87 – the house was finished off to the point where they could walk through the entire building and clearly see what Richardson had created for them.  George Shepley, one of the three architects who took over Richardson’s office after his premature death in April 1886 (and the one primarily responsible for supervising the completion of the Glessner house), was visiting Chicago with his wife, so the Glessners seized the opportunity to show them the house.  The following is an excerpt detailing the event taken from Frances Glessner’s journal:
We took Mr. and Mrs. Shepley for their first view of the house.  They were in raptures over it.  Mr. Shepley said we were the first clients he had ever envied – but he would like to live in the house.  We left the carriage at 16th St. and walked down to look at it.  We took down champagne and Italian bread to christen the house and have our first meal there.  We went all over the house.  Then to Field’s to see our rugs and some embroideries – then we dropped Mr. and Mrs. Shepley at the Richelieu.
This evening, , sixty members, friends, and volunteers of the museum gather for a “re-christening” dinner to mark this notable event in the history of the house.  A full dinner, including champagne, will mark the occasion, after which William Tyre, Executive Director and Curator, will give a talk on the life and accomplishments of John Jacob Glessner.
The celebration of the 125th anniversary of the building of Glessner house will continue throughout 2012, culminating in December, when we mark the anniversary of the family moving into their beloved home.
Posted by Glessner House Museum at 2:31 PM