The Other Winston Churchill 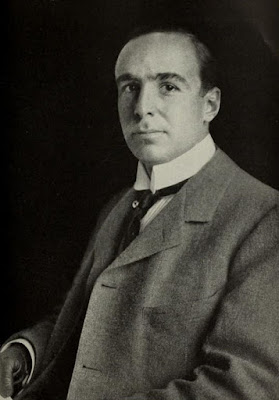 Long before British Prime Minister Winston Churchill became famous around the world, another man by the same name enjoyed widespread fame throughout the United States.  The American Winston Churchill (1871-1947) was one of the best-selling U.S. authors in the first part of the 20th century.  In this article, we will look briefly at his career and his interaction with the Glessners.

Winston Church was born in 1871 in St. Louis, Missouri, making him just one month younger than the Glessners’ son George.  After attending the United States Naval Academy and serving briefly as the managing editor of Cosmopolitan Magazine, he “retired” to devote all his time to writing historical novels.

His first novel to appear in book form, The Celebrity, was published in 1898.  It followed Mr. Keegan’s Elopement which had been serialized in a magazine in 1896.  However, it was his novel Richard Carvel, published in 1899, that brought him widespread fame and success, selling nearly two million copies. 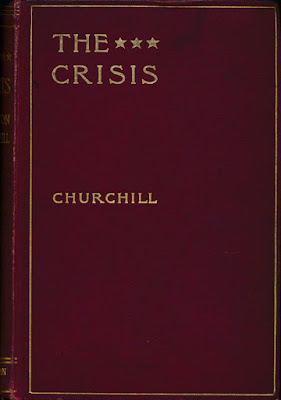 In 1901, Churchill published The Crisis, set in his native Missouri in the years leading up to the Civil War.  It was the best-selling book in the United States that year.  It was also in 1901 that the Glessners met Churchill.

THE GLESSNERS MEET THE AUTHOR

The Glessners were visiting Boston in March 1901 when, as noted in Frances Glessner’s journal:

“Wednesday I lunched at Mrs. Clifford Moore’s.  In the afternoon we met at Mrs. Brooks’ and went over the Longfellow house.  We made calls and in the evening dined at Dr. Councilman’s where we met Mr. & Mrs. Endicott and Mr. & Mrs. Winston Churchill – the author of Richard Carvel.” 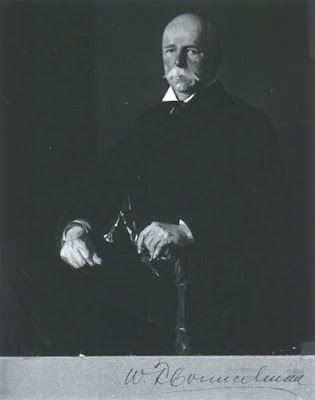 Dr. William Thomas Councilman (1854-1933) was a well-known pathologist, and had served as the Shattuck Professor of Pathological Anatomy at Harvard Medical School since 1892.  He was especially known for his work with yellow fever, and a specific globule of cells in the liver of yellow fever victims is known to this day as “Councilman body.”  He also made important contributions to the study of smallpox, diphtheria, and dysentery. 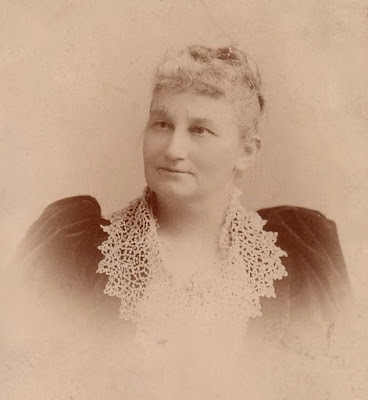 His wife was the former Isabella “Isa” Coolidge, the younger sister of architect Charles A. Coolidge, who helped to complete the Glessners’ home on Prairie Avenue after the death of H. H. Richardson in 1886.  (Coolidge and his partners George Shepley and Charles Rutan took charge of Richardson’s practice, renaming the firm Shepley, Rutan and Coolidge.  They would later design a new campus for Harvard Medical School).  Charles and Isa Coolidge were both close friends with the Glessners, as was their younger brother Frederic, who married the prominent music patron Elizabeth Sprague, daughter of the Glessners’ close friends and Prairie Avenue neighbors, Albert and Nancy Sprague.

Frances Glessner notes in her journal that she read Churchill’s The Crisis during 1901, while at her summer estate, The Rocks.  (Other books read that summer included Up From Slavery by Booker T. Washington and The Life of the Bee by Maurice Maeterlinck).  Shortly after finishing the novel, she wrote to Churchill telling him how much she enjoyed it.  In June 1901, Churchill replied to her letter, and Frances Glessner pasted the letter inside the front cover of The Crisis. 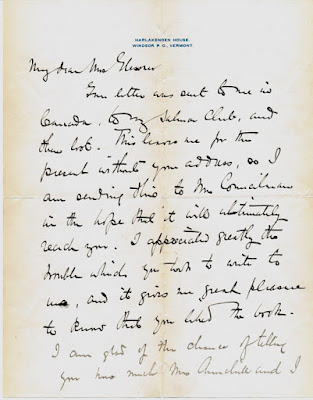 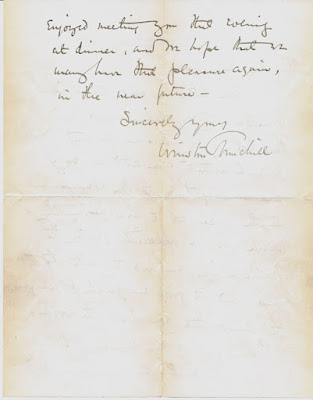 “My dear Mrs. Glessner,
Your letter was sent to me in Canada, to my Salmon Club, and then lost.  This leaves me for the present without your address, so I am sending this to Mrs. Councilman in the hope that it will ultimately reach you.  I appreciated greatly the trouble which you took to write to me, and it gives me great pleasure to know that you liked the book.  I am glad of the chance of telling you how much Mrs. Churchill and I enjoyed meeting you that evening at dinner, and we hope that we may have that pleasure again, in the near future.
Sincerely yours,
Winston Churchill” 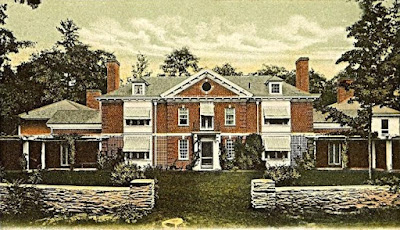 The letter is written on stationery from Churchill’s home, Harlakenden House.  That house was designed by architect Charles Platt and completed in 1899 in Cornish, New Hampshire.  It was named for Churchill’s wife, the former Mabel Harlakenden.   The home served as the summer White House for President Woodrow Wilson from 1913 through 1915.  It was destroyed by fire in 1923.

Churchill published The Crossing in 1904 telling the story of the westward expansion of the United States, including the settlement of Kentucky.  It was the best-selling novel in the United States that year, and the Glessners owned a copy.

He became deeply involved in the Cornish Art Colony and served two terms in the New Hampshire state legislature in 1903 and 1905.  (George Glessner would serve in the state legislature a decade later).  During World War I, Churchill toured the battlefield of Europe, writing his first non-fiction work.

Shortly after the end of the war, Churchill stopped writing and withdrew from public life, focusing on painting in watercolors.  He became well respected for his landscapes, several of which are now in museum collections in New Hampshire.

Not surprisingly, the identity of the two Winston Churchills, both of whom were authors, became confused.  Interestingly, both also had political careers and were noted amateur painters.  After the British Winston Churchill became aware of the American Churchill’s books, he wrote to him suggesting that he would sign his own works “Winston Spencer Churchill” to differentiate them.  The American Churchill replied that the suggestion was a good one, and he would have done the same, if he had a middle name.

Winston Churchill died in Winter Park, Florida in 1947 at the age of 75.