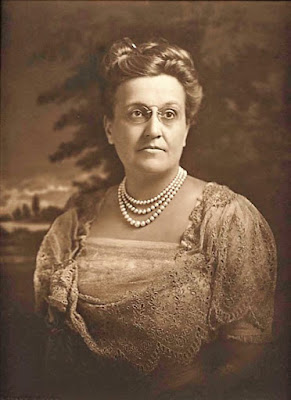 In our last two articles, we have discussed Frances Glessner’s Monday Morning Reading Class, organized in 1894.  This week, we look at one of the most fascinating members of the class – Ada Small Moore. 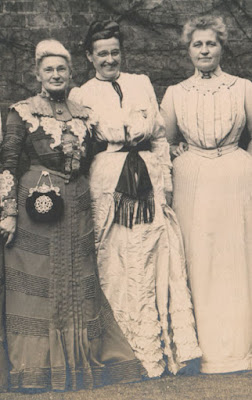 In her journal, Frances Glessner recorded the last meeting on May 5, 1902 before the class broke for the summer season.  This was the class at which the iconic photo was taken.  In the journal, she noted “Mrs. Wm. Moore was here.”  This was a reference to Ada (Small) Moore who had moved to New York City in 1900, but was visiting Chicago, and therefore able to join the class that morning.

Ada Waterman Small was born in Galena, Illinois on August 17, 1858 to Edward A. and Mary C. (Roberts) Small.  Her parents were both born in Maine, and moved to Galena shortly after their  1852 marriage, where Edward entered into business.  In 1857, he entered the law office of the Hon. Wellington Weigley as a law student, and was admitted to the bar a year later.  He formed a partnership with Weigley, and then continuing his own private practice until 1869 when he moved his family to Chicago.

In October 1875, Ada Small was married to William H. Moore, an attorney who had joined her father’s law firm three years earlier.  He was ten years her senior.  Edward Small died in 1882 at his residence, 1910 S. Indiana Avenue, and Moore then formed a law partnership with his brother James, who in turn, married Ada’s sister.  The William H. Moores took up residence at 3625 Grand Boulevard (now Martin Luther King, Jr. Drive), later moving to 2922 S. Michigan Avenue. 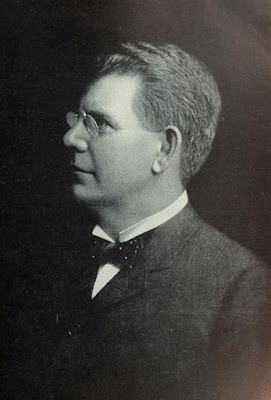 William H. Moore, often called Judge Moore, became an extremely successful attorney, financier, and corporate organizer.  He organized and sat as a director for several steel companies that merged to create United States Steel.  With his brother, he organized numerous companies including Diamond Match Company, National Biscuit Company (later Nabisco), the American Can Company, the Western Union Telegraph Company, and several railroads.  He was also known as an expert horseman.

In 1900, the Moores moved from Chicago to New York City, purchasing the home then under construction at 4 East 54th Street.  The house had been commissioned in 1898 by William Earle Dodge Stokes and was designed by Stanford White of McKim, Mead and White.  However, Stokes marriage was quickly failing and in December 1899 he sold the partially completed house to William and Ada Moore for $325,000.  In reporting the sale, the New York Times stated that the house “may safely be classed as one of the finest private dwellings in the city.” 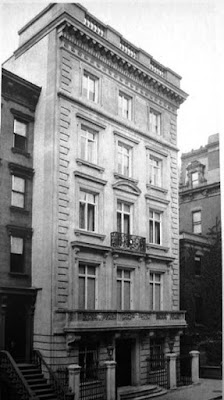 The house lived up to the description.  Standing five stories tall and three bays wide, it was clad in white marble and designed in the Italian Renaissance style, complete with a balcony extending across the second floor, and a balustrade at the roof level.  The rusticated ground floor was set behind a marble and wrought iron fence.  The interior featured elaborate stained glass, inlaid floors, cast plaster ceilings, and a five-story winding marble staircase.  (Later history:  The house was listed on the National Register in 1972 and is a rare survivor of the residential prominence of 5th Avenue.  It was purchased by the present owner, Banco Di Napoli, in 1993 for $12.8 million and extensively renovated). 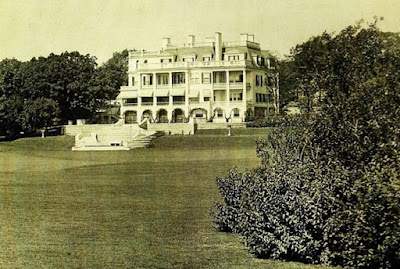 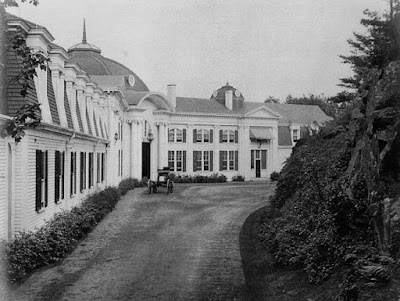 In 1901, the Moores commissioned the Boston architects Herbert Brown and Arthur Little to undertake a major remodeling of the 1870s E. V. R. Thayer House in the Georgian style.   The remodeled house, set within the stretch of homes in Beverly, Massachusetts known as Prides Crossing or “the Prides” was named “Rockmarge” and was a full sporting estate, to accommodate Moore’s interest in horses.   The home was frequently the site of local charity events, and the extensive gardens were open to the public.  For more information on Rockmarge, visit https://heritagechronicles.com/2016/06/10/prides-crossing-rockmarge-the-gilded-age-remembered/

Ada Small was deeply interest in archaeological excavations in both Iran and Greece.  She donated a scientific library to the American College in Teheran, Iran and received the Order of Elim, First Class.  She was also made an honorary member of the community of Corinth, Greece, funding the museum there, and received the Greek Golden Cross of Saviour’s Regiment.

She frequently loaned items from her collection to the Metropolitan Museum of Art and Yale University for exhibition, many of the items later donated as gifts and bequests.  The Chinese and Japanese collections at the Yale University Art Gallery were built through her gifts.  She donated cylinders and other ancient Oriental seals to the Morgan Library.  She also presented the Library of Congress with a set of 46 Chinese paintings depicting tilling and weaving, executed in the 17th century.

William Moore died in 1923, and Ada continued to travel extensively throughout Europe and Asia, collecting many of the objects she later donated to museums.  She lived in the family’s New York home until her death in January 1955 at the age of 96.