On the trail of Girolamo Savonarola 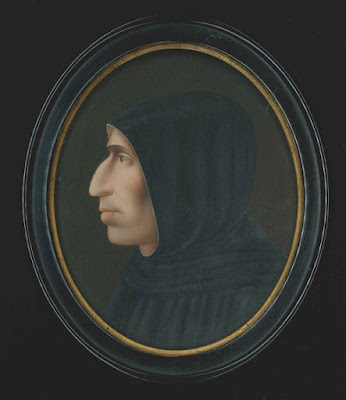 On November 5, 1891, Frances Glessner noted in her journal, “Mrs. Hutchinson sent me a beautiful miniature of Savonarola.”  In this article, we will explore Frances Glessner’s interest in the 15th century Dominican friar and the story behind the miniature presented to her as a gift.

GIROLAMO SAVONAROLA
Savonarola was born in the Northern Italian city of Ferrara in 1452.  He graduated with a master of arts from the University of Ferrara but in 1475 made the decision to enter the priesthood.  He went to Bologna and was admitted into the Convent of San Domenico, of the Order of Friars Preachers, where he was ordained in 1476.  In 1482, he was sent to serve as a teacher at the Convent of San Marco in Florence.

He became vocal about clerical corruption, the exploitation of the poor, and the evils of secular art and culture.  When Charles VIII of France invaded Florence in 1494, Savonarola pleaded with the king to spare the city and to take up his divinely appointed role as a reformer of the Church.  A Savonarolan political party, known as the Frateschi, established a republic, after the Florentines expelled the ruling Medici family.

Savonarola was summoned to Rome in 1495 when Florence refused to join Pope Alexander VI’s Holy League against the French.  He defied the Pope by continuing to preach under a ban, and was ultimately excommunicated in May 1497.  The Pope threatened Florence if they continued to harbor Savonarola, and he was eventually imprisoned and tortured.  On May 23, 1498, he was hanged in the Piazza della Signoria.  His body was burned and his ashes scattered in the Arno River to prevent his followers from searching for relics.

His beliefs in republican freedom and religious reform lived on not only in Italy, but in other parts of Europe as well, influencing Martin Luther amongst others.  His writings and sermons were later published and widely circulated and inspired the fight for Italian independence in the mid-19th century.

A VISIT TO FLORENCE, ITALY 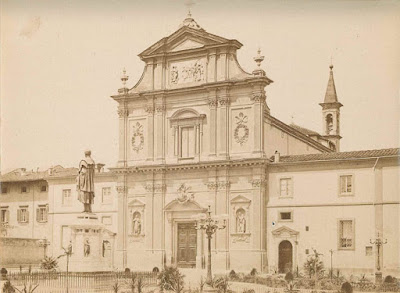 Museo di San Marco, from the Glessners' copy of Romola

In February 1890, the Glessners set sail for their one and only trip to Europe.  In late March they arrived in Florence and were highly impressed with its beauty and culture.  On March 29, 1890, Frances Glessner noted visiting the Museum of St. Mark (Museo di San Marco) to see the Fra Angelico frescoes and the Savonarola cells.  The Museum was housed in the former Convent in which Savonarola had lived during his time in Florence. 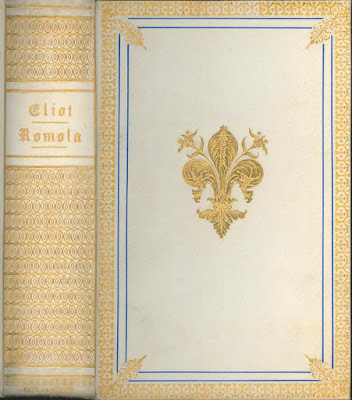 It appears highly likely that while in Florence, the Glessners purchased their copy of George Eliot’s Romola, a historical novel in which Savonarola plays an important role.  The 1884 edition in the Glessner library, although published in London, bears a bookseller’s label inside the front cover indicating it was purchased at the shop of George A. Cole, English Bookseller, 17 Via Tornabuoni, Florence.  The beautifully bound volume, which came in its own slipcase, has twenty photographs of Florence bound into it, including images of both the Museo di San Marco and the portrait of Savonarola the Glessners would have seen during their visit to the museum. 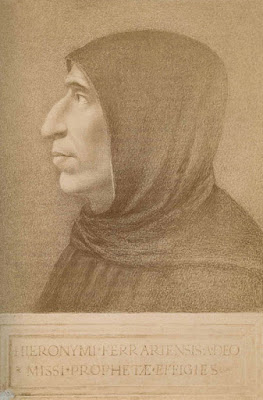 Portrait by Fra Bartolomeo,
from the Glessners' copy of Romola

The original portrait of Savonarola was painted about 1498 by Fra Bartolomeo, an Italian Renaissance painter who lived from 1472 to 1517.  In the 1490s, he came under the spell of Savonarola, which led him to become a Dominican friar in 1500, and he gave up painting for several years, until instructed to resume painting to the benefit of his order.  His style influenced the work of Raphael, with whom he maintained a close friendship.  His portrait of Savonarola is the most famous image of him.

In early 1891, the Glessners’ good friends, Charles and Frances Hutchinson, set sail for an extended trip of Europe.  Charles Hutchinson, long-time president of the Art Institute of Chicago, made numerous trips to Europe in search of works to acquire for his museum.  In a letter accompanying the gift for Frances Glessner, Frances Hutchinson wrote:

“My dear Mrs. Glessner:
When I was in Paris this Spring, I ordered this head of Savonarola for you and it is just framed and ready for your approval.  Mr. Hutchinson thought he remembered you expressing a desire for one and I only hope someone else has not been more expeditious in gratifying you.”

The miniature portrait is finely detailed, capturing the detailing and coloring of the original portrait, but with an influence of the late 19th century.  Frances Hutchinson had the piece framed by Thurber’s Art Galleries, located at 210 Wabash Avenue in Chicago. 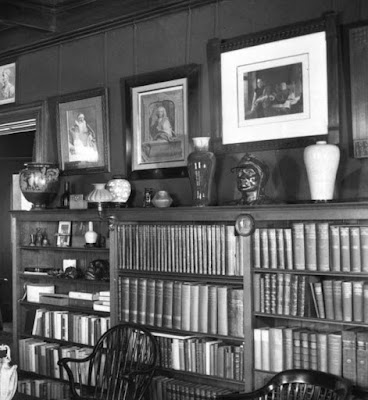 Glessner House library, 1923; the Savonarola portrait
hangs directly beneath the bust of Dante