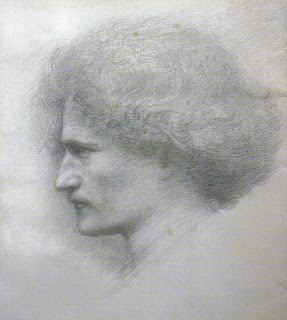 On Thursday February 17, the museum welcomes Victoria Granacki, who will speak about the great pianist and statesman, Ignacy Jan Paderewski (1860-1941).  Considered one of the greatest concert pianists of his generation, Paderewski was also deeply committed to the cause of freedom for his fellow Poles, and served as the second Prime Minister of the .
Paderewski had a close relationship with , playing 65 concerts here between 1892 and 1939.  In addition, he gave many speeches around the city to help raise funds for Polish war relief programs.  Of all the places he traveled in the , Paderewski said that “impressed me more than any other city in .”  The unbridled enthusiasm of its audiences lifted his spirit and inspired his performances.
John and Frances Glessner first heard Paderewski in concert on , at his debut with the Chicago Orchestra in its inaugural 1891-1892 season under Theodore Thomas.   In March 1893, they met him in person at a dinner at the Thomas home.  The following month, the Glessners invited Paderewski to their Prairie Avenue home for dinner.  When he returned to Chicago in May to open the first regular concert series of the 1893 World's Columbian Exposition, he presented Frances Glessner with a signed portrait of himself, which the Glessners proudly hung in their home for the remainder of their lives.
Paderewski was also received in the home of Mr. and Mrs. Charles Schwartz, who resided at 1824 S. Prairie Avenue.  This 1892 concert was the first of many salon performances he gave in private Chicago homes.
An interesting side note to this story is that the of in received many of Paderewski’s personal possessions, including his Steinway grand piano, after his death in 1941.  Both Paderewski and his sister Antonina were enthusiastic supporters of the museum, and today these objects memorialize the special relationship between Paderewski and our city.
We encourage everyone to come to the museum on Thursday February 17 at 7:00pm to hear the story of Paderewski in .
Posted by Glessner House Museum at 11:58 AM