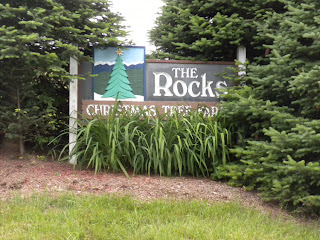 In August 1883, John and Frances Glessner and their children George and Fanny moved into their new summer home, which they called the “Big House” at their estate “The Rocks” in the White Mountains of New Hampshire, mid-way between and .  The Glessners had first considered the for their summer home at the suggestion of George’s doctor, who indicated that George might experience significant relief from his severe hayfever by leaving and traveling to this part of the country.  When George first visited the in 1878, the relief was dramatic and immediate, so the Glessners opted to make the locale their annual destination.  The Glessners continued to make The Rocks their home every summer until their deaths in the 1930s, and both George and Fanny later made the estate their permanent home.  A portion of the estate at the western end of the property is still in the possession of two descendants of George Glessner, making six generations of the family to call The Rocks home.
In 1977, two of the Glessners grandchildren, John Glessner Lee and Martha Lee Batchelder, made the decision to donate the majority of the property (1333 of the approximate 2000 acres assembled by their grandparents) to the Society for the Protection of New Hampshire Forests.  The Society had been formed in 1901 to acquire and protect forested lands throughout the state in response to widespread clear-cutting being undertaken by farmers.  John Glessner was a strong supporter of the Society and joined in 1903, just two years after it was founded, so it was a very appropriate choice for the grandchildren to present the organization with The Rocks property.  The estate includes numerous original buildings constructed by the Glessners from the 1880s through the 1910s designed by Isaac Scott, Hermann V. von Holst and others, as well as more than 500 species of trees and other plants. 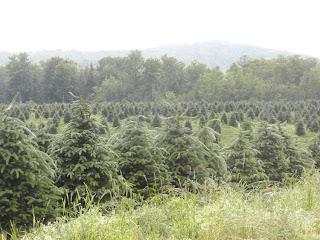 The Rocks Estate is supported in large part today by its use as a Christmas tree farm, which satisfies one of the stipulations of the gift requiring the Society to keep an active crop growing on the estate at all times.   Open to the public year round, the estate also offers a number of hiking trails and other activities which help visitors to explore the vast beauty of the property.  Visit http://www.therocks.org/ for more information. 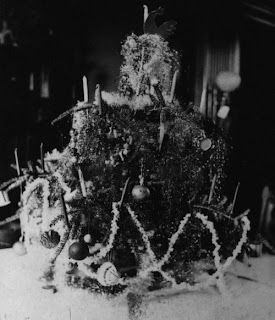 At the museum, we carry on a Glessner family tradition begun more than a century ago by shipping a Christmas tree from The Rocks every year.  The Glessners originally used small table-top trees (their 1888 tree is pictured above), but by the early 1900s adopted the custom of a larger tree which they displayed in the main hall, where the museum places the tree each year.   Click on the link below to see the tree selected for this year’s celebration:
http://www.youtube.com/user/TheRocksEstate#p/u/0/UC180Aapox0
Glessner and will be decorated for Christmas from Wednesday November 23rd through Saturday December 31st.  A special part of the holiday tradition at the museums is our annual Candlelight Tours, scheduled this year for Saturday December 10 and Sunday December 11.  During these special tours, attendees will learn about Christmas traditions of the mid- to late-19th century and see both houses decorated in historically appropriate fashion.  Afterwards, participants are invited to the nearby for refreshments.  For more information, visit http://www.glessnerhouse.org/Events.htm , or call to make reservations.
Posted by Glessner House Museum at 4:26 PM