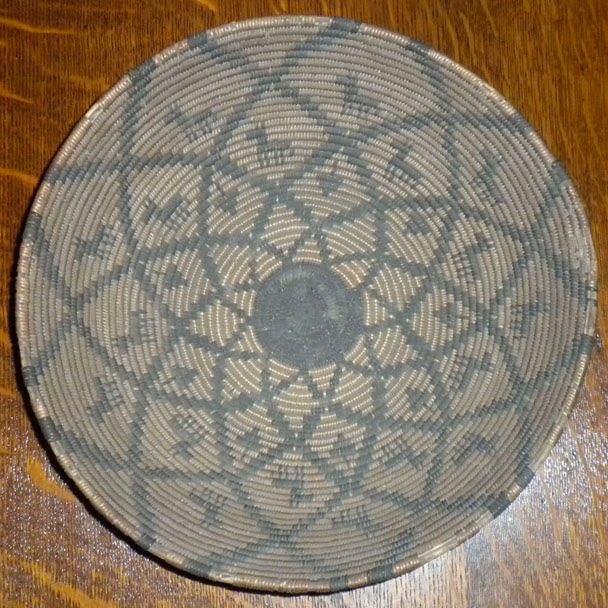 Amongst the items on display in the library is a 19th century Native American basket in the shape of a shallow bowl.  Although it is not known where or when the basket was acquired, the simple geometric design speaks to the sophisticated tastes of John and Frances Glessner and coordinates well with other pieces they collected. 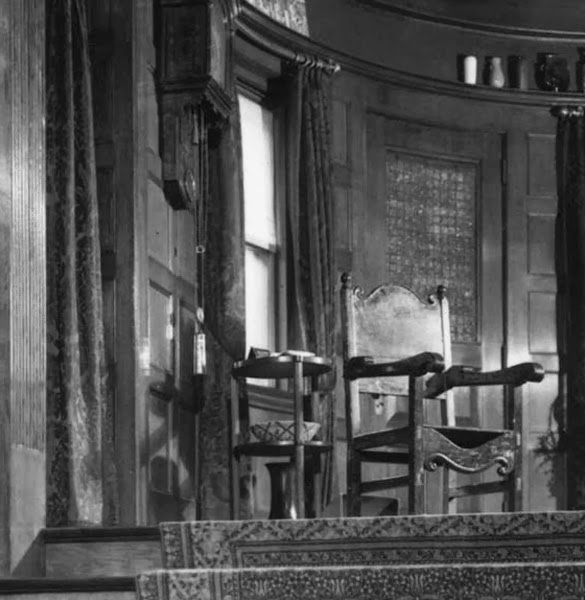 For many years, the Glessners displayed the basket on the lower shelf of a drum table in the main hall, a prominent location where it would have easily been seen by their many visitors and guests.  An expert at the Mitchell Museum of the American Indian in Evanston, Illinois recently helped our staff to identify the origin and construction of the basket. 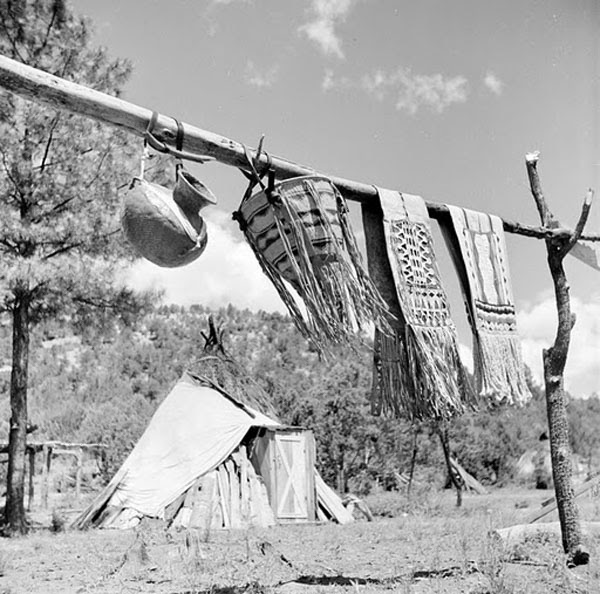 The coiled woven bowl is Apache in origin, and was most likely made by a member of the White Mountain Apache tribe.  The piece measure 3-3/8” in height and 11-3/4” in diameter and is constructed with three rods, either willow or cottonwood, coiled together – a traditional Apache weaving technique.  Both the inside and outside of the basket feature a dark central circle which arcs outward creating a geometric star pattern.  Set within the diamond shaped panels formed by the pattern are stylized dogs in the upper rows, and arrowhead figures below.  All of the dark areas are made from the stalk of the martynia plant, also known as “Cat’s Claw,” a plant native to the southwestern United States. 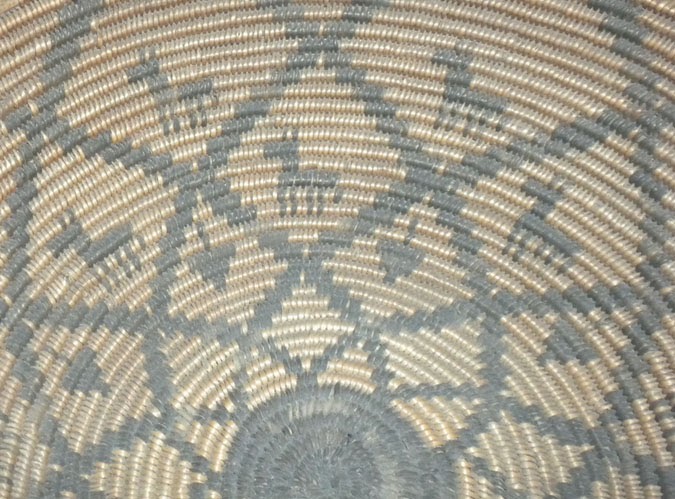 The White Mountain Apache are one of several Western Apache tribes, each with their own distinct language, history, and culture.  Located in the east-central region of Arizona, they were nomadic farmers, raising corn, beans, squash and other foods for part of the year, supplementing their crops with hunting and gathering.  The U.S. Army came into their lands in the 1860s with orders to capture and kill any Apaches that refused to be confined to a reservation.  The White Mountain Apache acted so peaceably and hospitably that the soldiers followed suit.  The Apache allowed construction of what was later known as Fort Apache on their lands in 1868 and agreed to live on a reservation there.  They assisted General George Crook as scouts during the 15 year Apache Wars from 1871 to 1886, which ended with the surrender of Geronimo in 1886.  In exchange for their service, the tribe was able to retain a large part of their homeland within their reservation, formally established in 1891 and now known as the White Mountain Apache Reservation.  A tribal council was established in 1936 to oversee all tribally owned property and businesses, the latter of which focus heavily on tourism.  Today there are approximately 15,000 members of the tribe living on their reservation of 1.67 million acres, located about 200 miles southeast of the Grand Canyon.   For more information on the White Mountain Apache, visit www.wmat.nsn.us/
Posted by Glessner House Museum at 11:03 AM