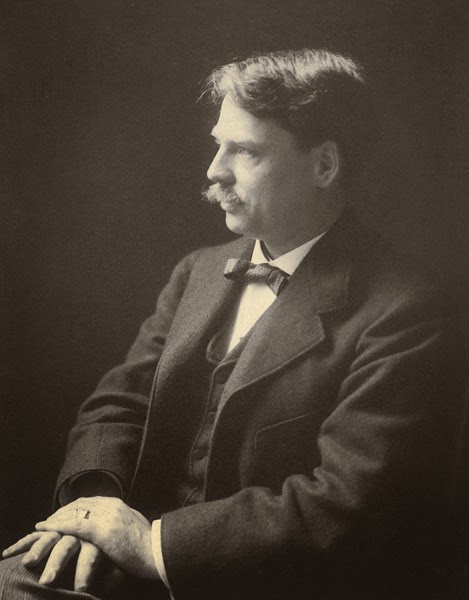 Exactly 100 years ago, Frances Glessner carefully pasted a postcard into her journal that read as follows:

You were one of those kind enough to buy tickets for the recital I gave, last Winter, for the benefit of the Association.

I am sending you our new report which I hope you will have time to look over.  I think it proves the importance of what we are doing.  Our financial struggle is very cruel, but the artistic value of it all beyond question.  Should you be near us, this Summer, will you not come and see it all ---

The note was penned by Marian MacDowell, the widow of the great American composer and pianist Edward MacDowell.  Given the Glessners’ great love of classical music and their untiring support of the Chicago Symphony Orchestra, it is not surprising that they would have also been interested in supporting the MacDowell Association.

Edward MacDowell was born in New York City in 1860 and began taking piano lessons at an early age, one of his teachers being the Venezuelan pianist Teresa Carreño.  At the age of 16, his family moved to Paris and he was admitted to the Paris Conservatory.  Two years later, he performed some of his own compositions and a transcription of a Liszt symphonic poem at a recital.  Among those present was the composer Franz Liszt.

Soon after, MacDowell moved to Frankfort where he began teaching and composing.  In 1884, he married one of his American piano students, Marian Griswold Nevins (who was originally brought to Europe to study with Clara Schumann, only to find that she was away).  The MacDowells returned to the United States in 1888 living in Boston for eight years until he was appointed the director of music at Columbia University. 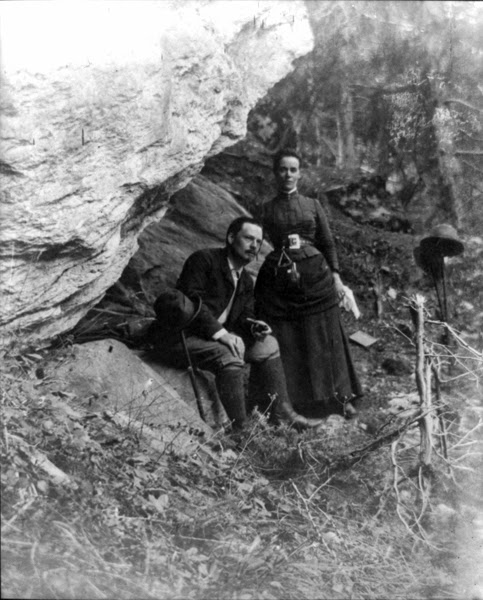 It was also in 1896 that Marian MacDowell purchased an abandoned 75 acre farm in Peterborough, New Hampshire for $1,500 which they named Hillcrest Farms.  The beautiful woodlands and fields proved to be the perfect environment for MacDowell, and his composing flourished in the setting. 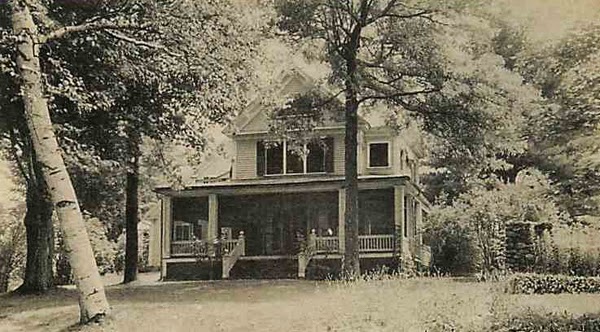 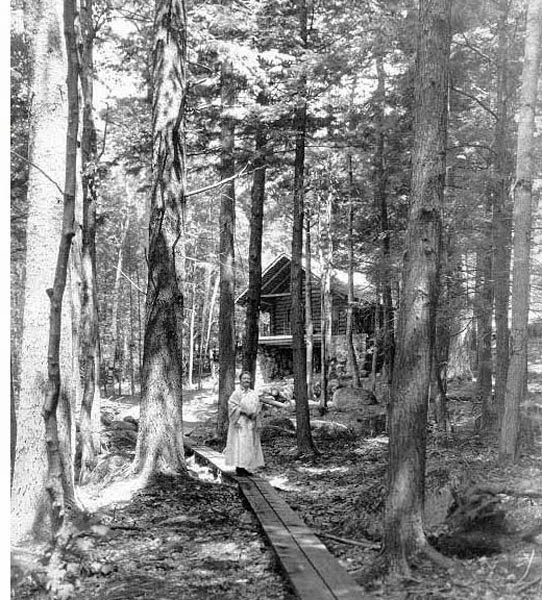 In 1899, Marian completed a one-room log cabin as a secluded retreat for her husband to compose away from all the activity at the main house at Hillcrest.

MacDowell’s output during these years was significant and included two piano concertos, two orchestral suites, four symphonic poems, and four piano sonatas, as well as many songs and piano transcriptions.   His best known work today is To a Wild Rose, from his piano suite Woodland Sketches.

In 1904, MacDowell was one of the first seven people chosen for membership in the American Academy of Arts and Letters.  It was at the same time that he and Marian first discussed the idea of creating an artists’ colony at their summer home in Peterborough.  The year 1904 also proved to be a tragic turning point in MacDowell’s life.  He resigned abruptly from his position at Columbia University and soon after was injured in an accident where he was run over by a Hansom cab.  By this time, he began showing significant signs of dementia, and he was no longer able to compose or teach.

Marian MacDowell deeded the Peterborough property to the newly formed Edward MacDowell Association in 1907, founding the artists’ colony she and her husband had envisioned a few years early.  Edward MacDowell died on January 23, 1908 and was buried on the property. 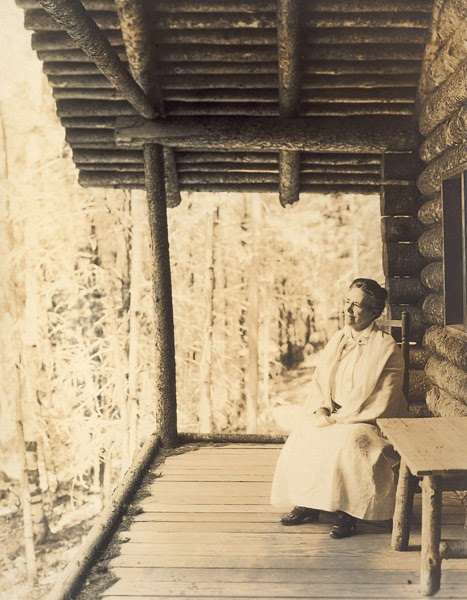 Marian spent the next 25 years of her life leading the MacDowell Colony, relying chiefly on donations for its operation.  Early supporters included Andrew Carnegie, J. P. Morgan, and former president Grover Cleveland.  A talented pianist, she resumed her career giving recitals and performances as a means of raising money to support the Colony.  She became the foremost interpreter of her husband’s music.  It was for one of these recitals that Frances Glessner had purchased tickets.

In 1912, Marian MacDowell purchased an additional 184 acres of land in Peterborough, and in time the Colony grew to include 32 artists studios, all based on the initial log cabin built for Edward.  Each cabin was secluded and out of view of the rest, providing the optimal working environment in which he had thrived.  Marian MacDowell died in 1956 at the age of 98 and was interred beside her husband at the Colony.

The MacDowell Colony continues to thrive today, and is one of the leading artists’ colonies in the country.  Nearly 7,000 artists have been supported in residence, including more than 60 who have been awarded Pulitzer Prizes.  Among the notable works created by artists while in residence were Porgy by DuBose Heyward (upon which Porgy & Bess is based); Our Town by Thornton Wilder; Leonard Bernstein’s Mass; and Appalachian Spring by Aaron Copland.  The MacDowell Colony was designated a National Historic Landmark in 1962 and was awarded the National Medal of Arts in 1997.  For more information, visit www.macdowellcolony.org.