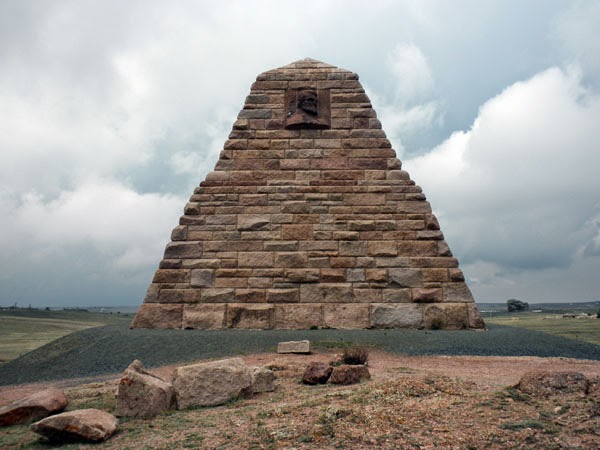 On May 7, 2014, Bill Tyre, Executive Director and Curator at Glessner House Museum, and Robert Furhoff and John Waters, members of the House and Collections Committee, visited the Ames Monument in southeast Wyoming.  The monument is the only work of H. H. Richardson west of St. Louis and is probably his least visited site, due to its remote location off Interstate 80 between Cheyenne and Laramie. 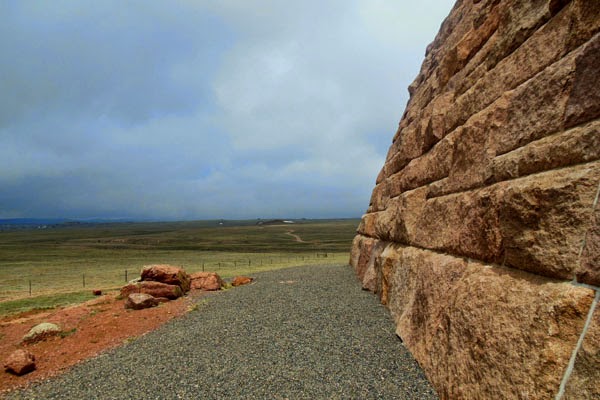 The monument was commissioned by the Union Pacific Railroad to commemorate the efforts of brothers Oakes and Oliver Ames in the construction of the Transcontinental Railroad.  That extraordinary engineering feat was the result of the Pacific Railway Act of 1862, signed by Abraham Lincoln, who considered it one of the most important acts of his presidency.  Little work was made on the railroad during the Civil War, but in 1865 Lincoln turned to his friend Oakes Ames, a member of the U. S. House of Representatives and the Congressional Committee on Railroads, to oversee its completion.  Oliver Ames served as president of the Union Pacific Railroad during construction.  The Ames brothers, who had made their fortune manufacturing shovels, contributed over one million dollars of their own money and raised another $1.5 million from friends and colleagues.  The railroad was finished in four years and its completion was celebrated with the driving of the golden spike at Promontory Summit in Utah on May 10, 1869.  Oakes Ames died in 1873 and Oliver Ames in 1877.

The construction of the monument was approved by stockholders of the Union Pacific Railroad in 1875, but no action was taken until late 1879 when H. H. Richardson was engaged as architect.  His selection was most appropriate as he had already designed two buildings for the Ames family in North Easton, Massachusetts - the Oliver Ames Free Library (1877-1879) and the Oakes Ames Memorial Town Hall (1879-1881).

The site selected for the monument was at Sherman, Wyoming, 300 feet south of the highest elevation of the Union Pacific railroad line, at 8,247 feet above sea level.  (In 1901, the railroad tracks were moved to a lower elevation three miles to the south and the town of Sherman was abandoned).

Norcross Brothers was awarded the construction contract and work began in 1880.  A compound was built in Sherman to accommodate the 85 workers who spent the next two years completing the memorial.  (Supposedly no gambling or drinking was allowed). 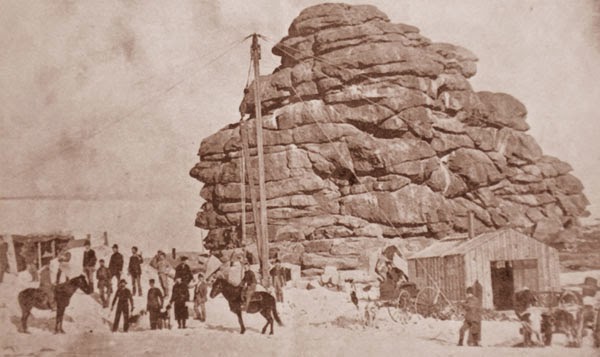 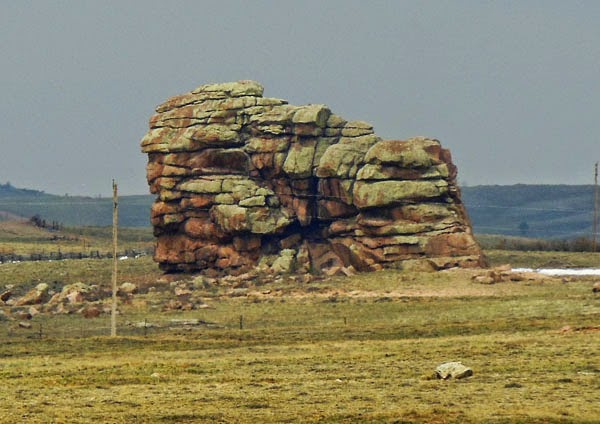 The source of the granite was Reeds Rock, located one half mile to the west.  The granite blocks, some of which weighed up to 20 tons, were skidded to the site by draft animals, and wooden cranes were used to hoist them into place.  The total cost was just under $65,000. 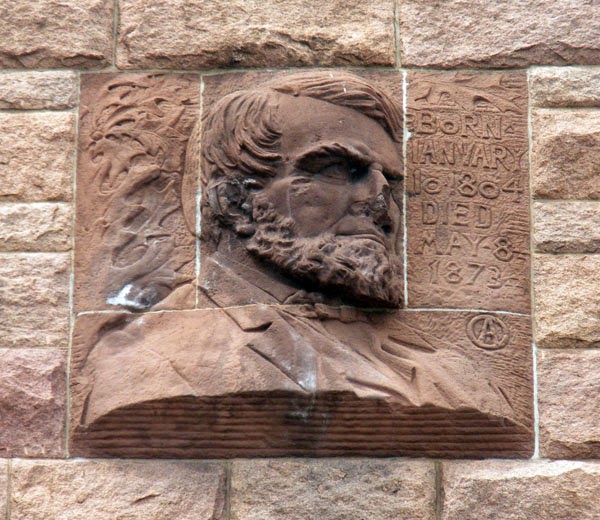 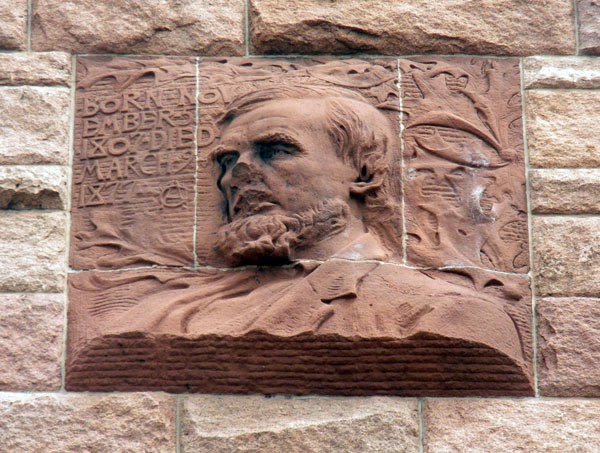 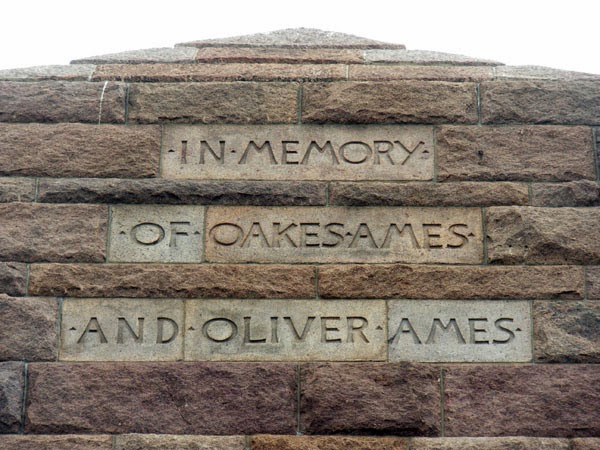 Frederick Law Olmsted praised the monument and its setting, and architectural historian Henry-Russell Hitchcock, writing in 1934, stated that it was among Richardson’s best works and one of the very finest memorials in the country. 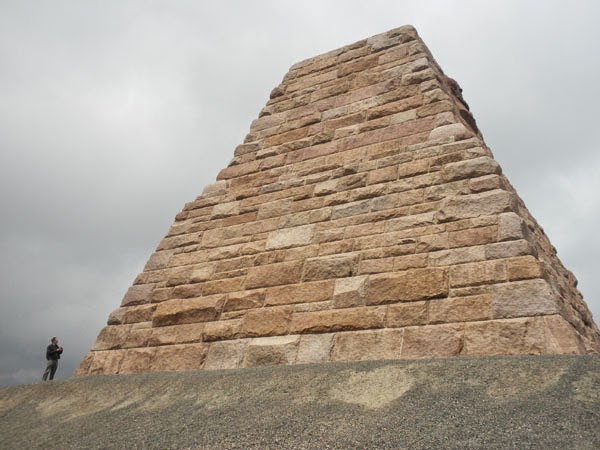 The monument with John Waters at left (for scale)

The monument is beautifully maintained by Wyoming State Parks and Cultural Resources which has also installed informative interpretive panels at the site.

(Contemporary photos taken May 7, 2014 by Bill Tyre and John Waters).
Posted by Glessner House Museum at 11:34 AM