A Home for the Servants 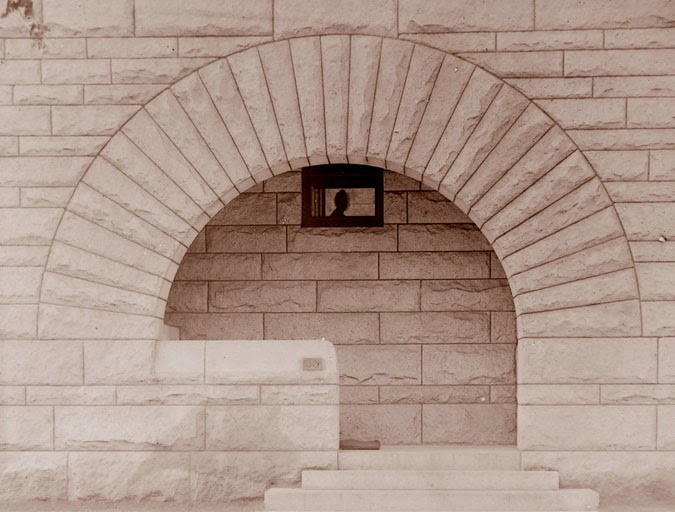 The photograph shown above, taken about 1890 by the Glessners’ son George, depicts the female servants’ entrance facing 18th Street.  The entrance, set within a dramatic arch and concealing the doorway at far left, is one of the most distinctive and most photographed features of the exterior of the house.  Visitors to this day, especially those approaching from the west, often stop at the entrance, assuming it must be the main entrance to the house.

The image is interesting for two reasons.  For one, George carefully posed the photograph to capture the silhouette of the cook in the kitchen window set within the arch.  The shade is pulled down and the cook is illuminated from behind, giving a clear silhouette of her head.  Additionally, a bronze plaque mounted on to the granite clearly indicates the address used by the servants – 35 Eighteenth Street. 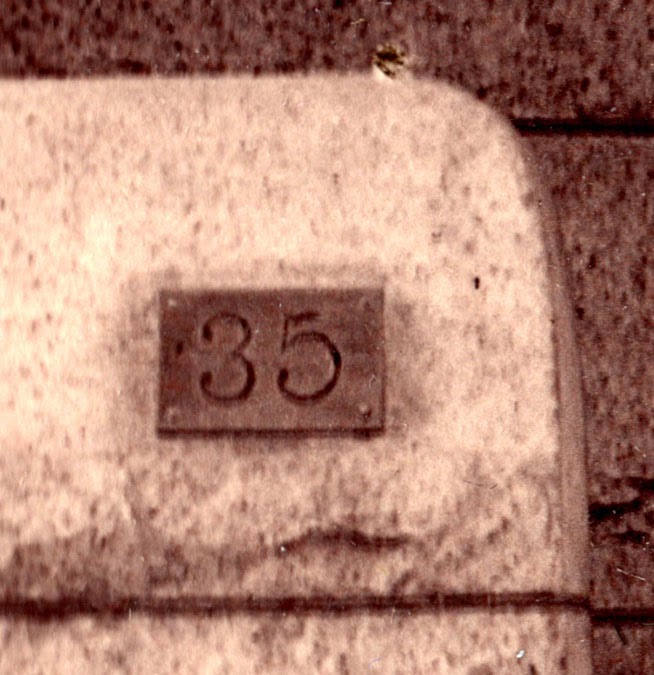 Early addresses for east-west streets in the city did not use State Street as a dividing line, and as such addresses did not include “East” or “West.”  The system was to start the numbering at the lake and then proceed west.  The shoreline of Lake Michigan was much closer to Glessner house than it is today, as indicated by the low number of the address.  When these streets were renumbered in 1909, State Street became the zero mark, and the address of the servants’ entrance became 225 E. 18th Street.

The original “35” address plaque, with its distinctive font, was replaced, and the new “225” plaque remained in place for the remainder of the Glessners’ lives.  At some point after the house passed to the Armour Institute, the plaque was removed, and the fact that the servants had their own address was all but forgotten.  During the 125th anniversary of the house in 2012, docents Jackie Walker Dunscomb and Joan Stinton generously funded the creation of a new “35” address plaque, as a way to help interpret the lives of the many servants who called the house home through the decades.  The plaque was installed during the last week of August 2014. 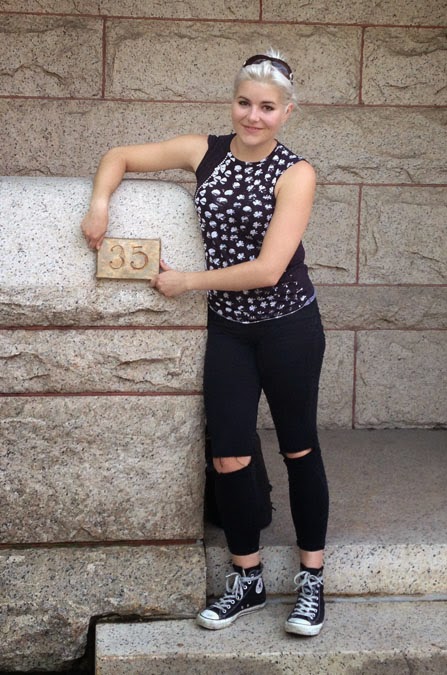 In consultation with master metal smith John LaMonica, Alice Melita Steffen was engaged to design and craft the new plaque.  Steffen, shown above with the new plaque, is a graduate of the Glasgow School of Art, where she received a First Class Honors Degree in Sculpture and Environmental Art.  She also studied at the London City and Guilds Art School and the School of the Art Institute of Chicago, which is what brought her to the United States from Great Britain.  She was delighted to have the opportunity to work on Glessner House, given her long interest in the Arts and Crafts Movement, which she considers to be a major influence in her work.

The plaque was cast in bronze using the “lost wax process.”  The process begins by making a replica of the plaque in wood, from which a plaster mold was produced.  The historic photograph of the plaque was used to determine the overall size, and the design of the numbers.  Hot wax was then poured into the plaster mold and then “chased” to remove imperfections in the wax replica.  The replica was then “sprued,” which involves the addition of a tree-like structure that allows the molten bronze to flow into the mold and the air to escape.

The sprued wax plaque was then dipped into a slurry of silica repeatedly to create a ceramic shell around the mold.  The shell was then placed into a kiln allowing the wax to melt (flow out) leaving a hollow mold, hence the name “lost wax process.”  Bronze was melted in a furnace and then carefully poured into the mold.  The shell mold was then allowed to cool before sand blasting to reveal the rough bronze cast.  The sprues were cut off and the plaque was finished by hand to remove any imperfections and polished.

Liver of sulfur was rubbed into the numbers to give them a dark cast, and then a patina was applied to the bronze to provide a protective coating and to inhibit corrosion and weathering.  Finally, the plaque was installed using epoxies to attach it permanently to the granite, in exactly the same place as the original. 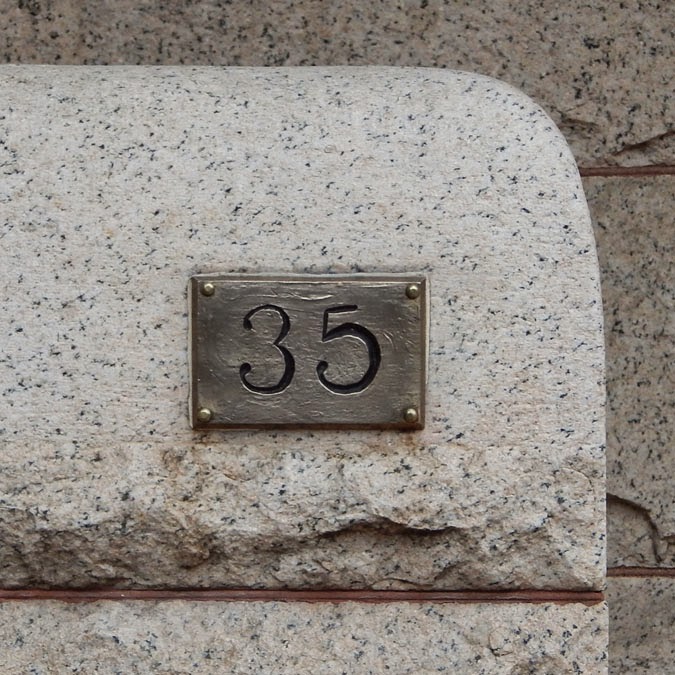 Today, the plaque is a visible reminder of the many men and women who called the house at the southwest corner of Prairie Avenue and 18th Street home from 1887 until 1936.
Posted by Glessner House Museum at 6:23 PM