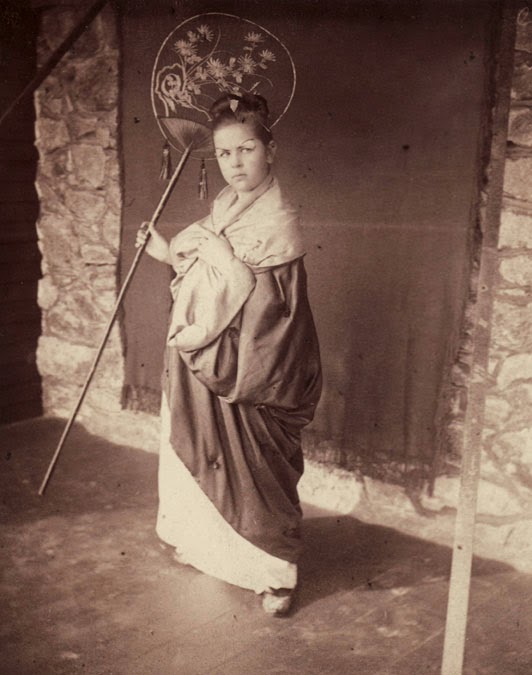 Exactly 125 years, on August 31, 1889, Frances Glessner noted in her journal, “Isa (Coolidge) went to town with George to buy some articles for the evening – they were getting up some tableaux.”  The family was in residence at their summer home, The Rocks, in the White Mountains of New Hampshire, and the tableaux were to provide the evening entertainment.

The term tableau vivant (tableaux vivants plural) means “living picture” in French, and refers to amateurs or professionals dressed and posed to represent works of art or other scenes.  During each tableau, the people on display do not speak or move.  This form of entertainment became very popular in the 19th century, before the widespread availability of color reproductions of artwork.  The tableaux might be presented in a drawing room following dinner, as a sideshow at a county fair, or elaborately staged in a theatre, one following another to tell a story.  The idea was similar to the “magic lantern shows” that became popular during the Victorian era.

The tableaux vivants to be presented at The Rocks were announced by a formal notice, as indicated in the journal:

“We found a notice put up in the hall that an entertainment would be given for the benefit of The Rocks.  John pinned another one above it saying the proceeds would be used to provide water for the great unwashed heathen visiting The Rocks.”

The latter reference being a humorous acknowledgement of the house guests then in residence, a few of whom were forced into participating.  Elizabeth Sprague and Caroline Kirkland both “rebelled strongly at being put on exhibition” but only Miss Kirkland was able to get out of it.

The tableaux drew upon characters ranging from opera to ancient civilizations.  Fanny portrayed two characters – Yum Yum from Gilbert and Sullivan’s The Mikado, and Brunhilde from Richard Wagner’s opera cycle, The Ring of the Nibelung. 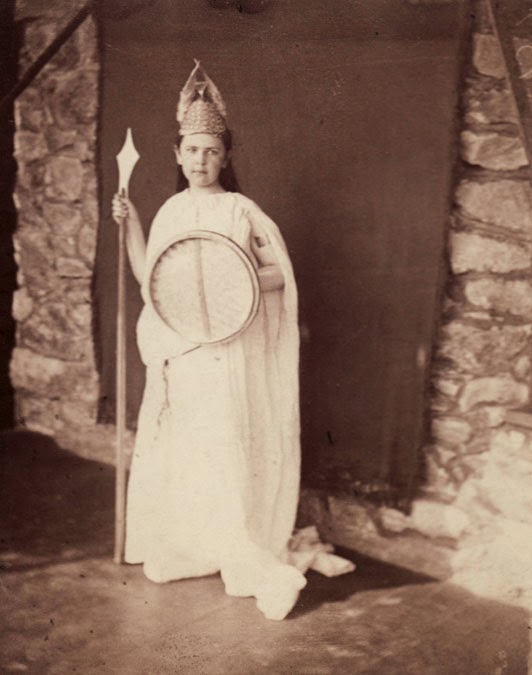 “The first tableau was of Fanny as Yum Yum – bound up in a window curtain and bed quilt.  Then Miss Coolidge as an Indian with a drawn bow made of a barrel hoop.  This one they called a truthful savage.  Then Elizabeth in a white Grecian costume (cheese cloth), “the modern liar,” all to illustrate something I said about civilization making people lie.  Then Miss Scharff was an Egyptian princess – then all four together.  Then came Fanny as Brunhilde stretched out on the lounge which was covered with my shawl – her dress was of cheese cloth – both arms bare – hair down – a wing affair on her head (turkey wings) a spear of paste board and the Brown’s boiler cover laid over her dear little stomach and lungs.  George stood by her – with a bare arm, one of the fur rugs bound over him, a blonde wig, made of rope, on his head.  He awakened Fanny with a kiss – we pelted them with flowers which had been thrown out in the afternoon.”

And thus drew to a close a charming evening of entertainment, forever preserved in Frances Glessner’s journal and in these two photographs taken by her son George.
Posted by Glessner House Museum at 6:00 AM