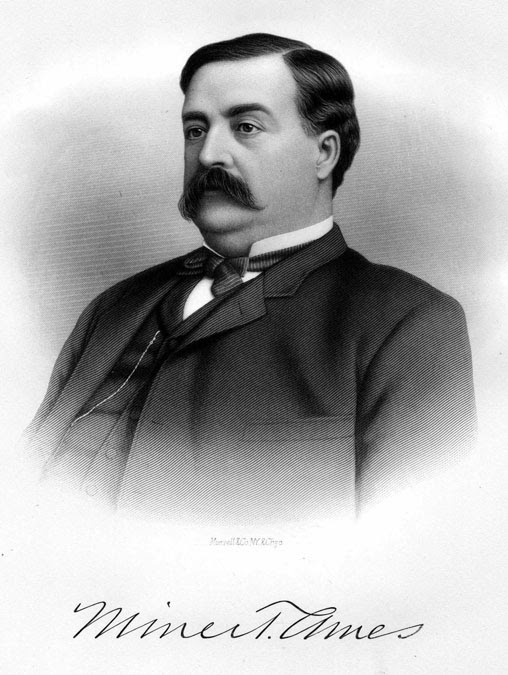 On January 19, 1890, exactly 125 years ago today, Frances Glessner wrote the following in her journal, while recording the events of the past week, “Our neighbor, Mr. Ames, died early in the week.”  The reference was to Miner T. Ames of 1811 S. Prairie Avenue, who had died on January 13th.

This was the second time in just over two years that the Glessners noted the passing of a resident of this particular house, built in 1886.  In early December 1887, the week that the Glessners moved into their new Prairie Avenue home, Mrs. Joseph Coleman, a daughter of Chicago pioneer Silas Cobb, died unexpectedly leaving a husband and three young children – Silas Cobb, Marie Louise, and Joseph Griswold Coleman.  In her will, she left the house to her children, and in August 1888 it was sold at auction to Miner T. Ames.  He made a $10,000 down payment and the balance of $40,000 was to be paid within five years through a series of eight promissory notes to the order of the three minor children.  Ames was living at 3815 S. Ellis Avenue at the time of the purchase.

Miner T. Ames was born in Becket, Massachusetts on July 20, 1839.  Raised on the family farm, he set out at the age of 16 to work as a travelling salesman and within a year obtained a position as a railroad brakeman in Akron, Ohio.  A hard worker, he was soon promoted to baggage master, a position he held for five years before saving enough money to relocate to Chicago in September 1862.  After a few years, he engaged in the coal business, and it was through this venture that he made his fortune, becoming the owner of a large coal mine in Minonk, near Peoria, Illinois, under the name of the Chicago & Minonk Coal & Coke Company. 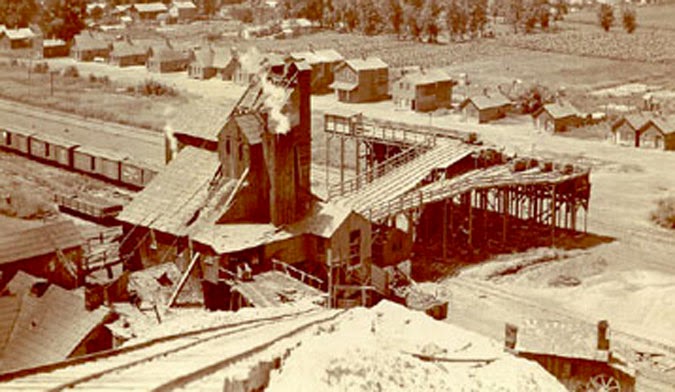 Coal mine at Minonk

An interesting story connected with the coal operation involves the installation of electric lights in Minonk.  An article, published years later in a Chicago newspaper noted:

“Knowlton L. Ames, prominent Chicagoan and head of the Booth Fisheries Company was born in Minonk.  It was through the efforts of his father, the late Miner T. Ames, that Minonk was the second town in the United States to have municipal electric lighting.

“A friend of his was working at the time for Thomas A. Edison in his electrical laboratories.  One day he came to visit Ames.  After he saw the mine he offered to install electric lights in the shaft more or less as an experiment.  That was in 1882.  It worked so well, Ames gathered a group of subscribers and had electric lights installed throughout the town.”

With his first wife Emily, Miner T. Ames had three children – Knowlton (who was in his final year at Princeton when his father died), and two daughters, Jane Rose and Harriet Chaffee.  His wife died in 1877, and six years later he married Irene Cowen, by whom he had two more children – Emily Faithful and Miner T. Jr. who were four and two respectively at the time of their father’s death. 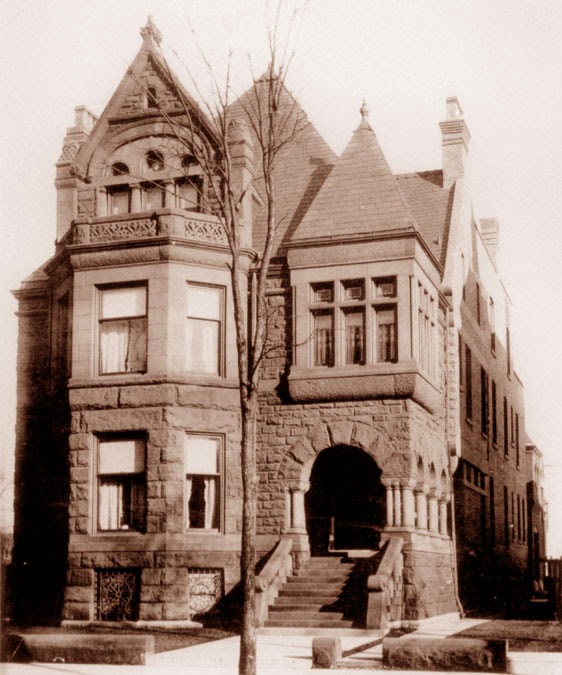 The funeral took place at the family home on Prairie Avenue on January 16th, as reported in the Chicago Tribune:

“The remains of Miner T. Ames were laid to rest yesterday afternoon in Graceland in the presence of his immediate relatives.  The services at the family residence, No. 1811 Prairie avenue, were short and simple.  The Rev. Dr. Simon J. McPherson of the Second Presbyterian Church read several consoling passages of Scripture and offered prayer.  The burial was private, only the relatives following the body to the cemetery.”

Ames had accumulated significant wealth in his lifetime, and on January 21st, the Tribune reported on the assets of the estate:

The home was the scene of a happy event when Jane Rose Ames was married to Walter W. Ross on May 14, 1891.  The evening ceremony was attended by 150 guests and “the rooms were profusely decorated with potted plants, roses, and violets, white and purple being the only colors used.”  The ceremony was performed by Rev. McPherson from Second Presbyterian Church.  Several hundred guests attended the reception following. 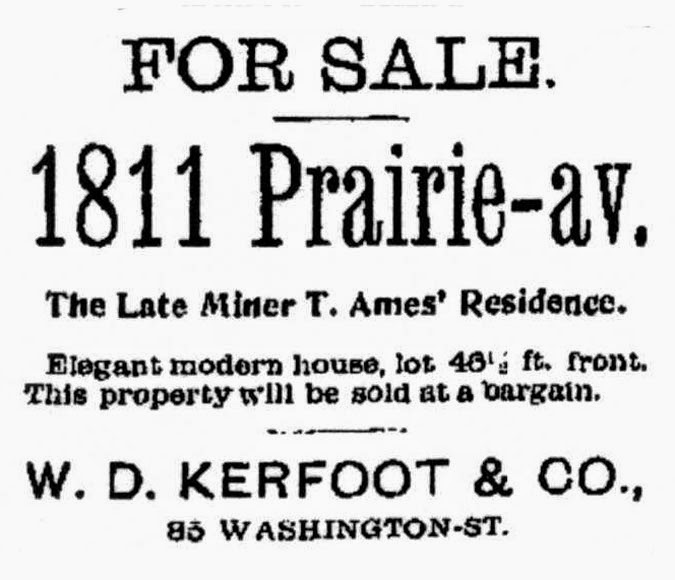 Within a couple of years, the Ames family moved and, being unsuccessful at selling the home, opted to lease it out to a series of tenants.  The widow moved to 2108 S. Prairie Avenue, and Ames’ eldest son Knowlton moved to 2412 S. Prairie Avenue.  Occupants of the house included attorney William B. Keep, fire adjuster Joseph Fish, and David Mayer, a partner in the firm of Schlesinger & Mayer.

LATER HISTORY:  Knowlton L. Ames, known as “Snake Ames” during his time as an all-American football fullback at Princeton, later served as chairman of the board of Booth Fisheries and publisher of the Chicago Journal of Commerce.  He committed suicide in December 1931 while despondent over ill-health and financial reverses.  His son John Dawes Ames, took over as publisher of the Chicago Journal of Commerce, which was eventually sold to Dow Jones & Co., publisher of the Wall Street Journal.  John D. Ames was a colonel in World War II and served as military governor of Rome after it occupation in 1944.  A long-time Lake Forest resident, he died in 1987.
Posted by Glessner House Museum at 12:17 PM