Gold and black opal necklace made by Frances Glessner
Collection of the Chicago History Museum
Photo by John A. Faier for the Driehaus Museum

On February 14, 2015, the Driehaus Museum, 40 E. Erie Street, Chicago, opened its newest exhibit entitled “Maker & Muse: Women and Early Twentieth Century Art Jewelry.”  The exhibition features more than 250 pieces of jewelry, about half from the personal collection of Richard H. Driehaus, and the remainder from museums and private collections around the country.  These artistic pieces are grouped into five categories exploring the Arts and Crafts movement in Britain, Art Nouveau in France, Jugendstil in Germany and Austria, Louis Comfort Tiffany in New York, and American Arts and Crafts in Chicago.  The exhibit will continue through January 3, 2016.  For more information, visit http://www.driehausmuseum.org/exhibitions/view/maker_muse. 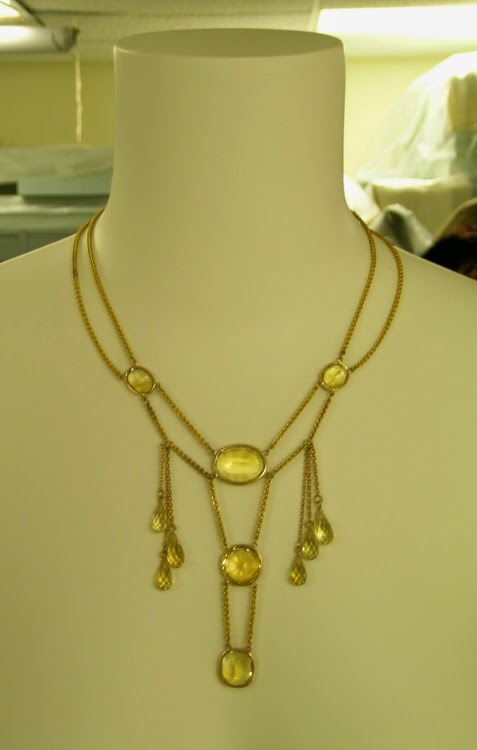 Of particular interest are three pieces handcrafted by Frances Glessner, who began taking lessons in metalwork in December 1904, actively continuing her hobby for at least a decade.  Glessner House Museum has three examples of her silver work on permanent display in the dining room silver closet (see blog article dated December 30, 2013), but no examples of her jewelry, so this is an rare opportunity to see these exquisitely crafted objects.  The pieces, two necklaces (shown above) and a hatpin (not shown), are from the collection of the Chicago History Museum, which received them as gifts from the Glessners’ granddaughter, Martha Lee Batchelder, in the 1970s and 1980s. 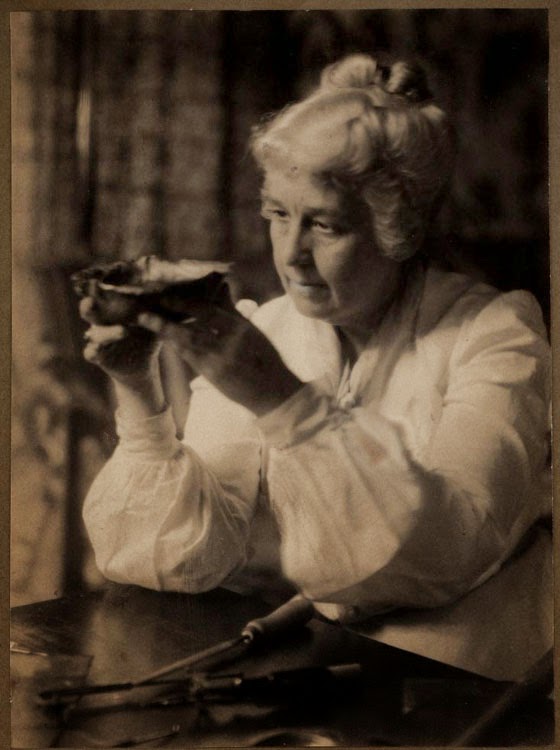 Frances Glessner honed her skills under the guidance of three talented metalworkers.  The first of these, Madeline Yale Wynne, was prominent in Chicago society and the craft community.  Just one year older than Mrs. Glessner, Wynne had arrived in Chicago in the 1880s, taking up residence with her brother on the north side “Gold Coast.”  Mrs. Glessner met with Wynne in the spring of 1904 to have set stones for her and during the next several months purchased a silver chain, a pin, and an amethyst necklace from her as gifts for various family members.  In late October 1904, Frances Glessner noted in her journal, “I went . . . to call on Mrs. Wynne to arrange to take lessons in metal work.”  She took her first lesson on December 3rd, and made an elegant salt cellar in time to present to her husband that Christmas.  (The piece is on display in the dining room.  For further information on Madeline Yale Wynne, see the blog article dated August 29, 2011). 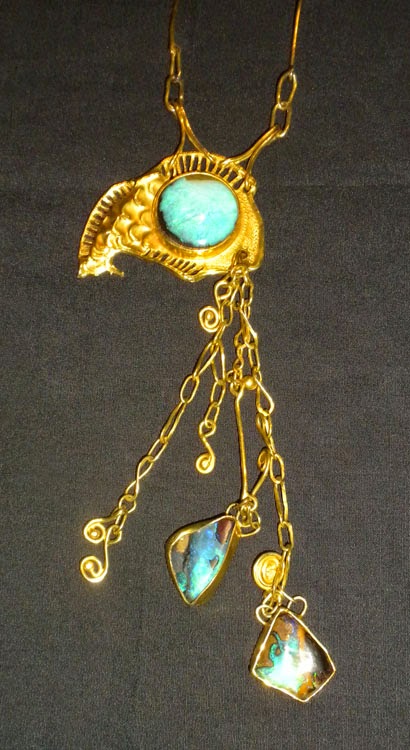 Frances Glessner’s second teacher was Annibale Fogliata, a native of Milan, Italy, who came from London to Chicago in 1904 to teach metalworking at Hull-House.  As was the case with Wynne, Mrs. Glessner appears to have been a customer of Fogliata for some months before beginning lessons with him.  In January 1905, just a few weeks after the death of symphony conductor Theodore Thomas, Mrs. Glessner noted in her journal, “I sent Fogliata’s beautiful silver and brass picture frame to Mrs. Thomas.”  In March, she gave her daughter a gold pendant made by Fogliata as a birthday gift, and by May, he was crafting metal trays for her to present to her niece as a wedding gift.  In November, 1905, she noted that she was taking lessons with Fogliata:

“Wednesday Fogliata came back and I had my silver lesson.  He was overjoyed to get back.  We put the bands on the two gavels I have had made for the two beekeeper’s associations, from the wood from Rev. L. L. Lanstroth’s garden in Oxford, Ohio.” 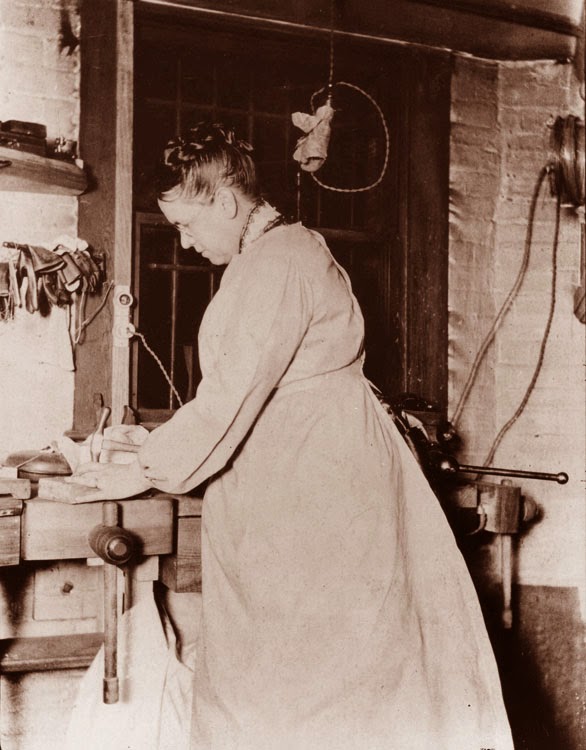 Frances Glessner at her work bench in the basement
of her home at 1800 South Prairie Avenue, Chicago

Exactly how long she continued her lessons is not known, but she remained a customer of Fogliata as late as May 1907, by which time he had moved to New York.  He continued working in metal, the 1930 census listing him as an engraver in the steel industry. 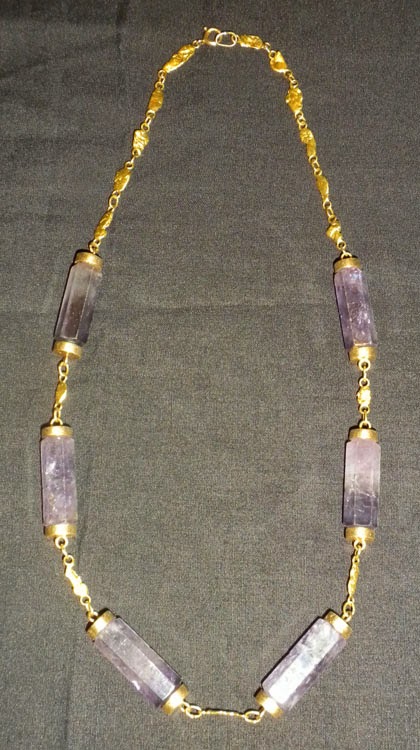 Necklace of gold and amethyst made by Frances Glessner
Private collection

Frances Glessner’s third and final teacher was Fredrik W. Sandberg, who will be the subject of an article on March 2, 2015.
Posted by Glessner House Museum at 5:32 PM