The many sides of Frances Glessner 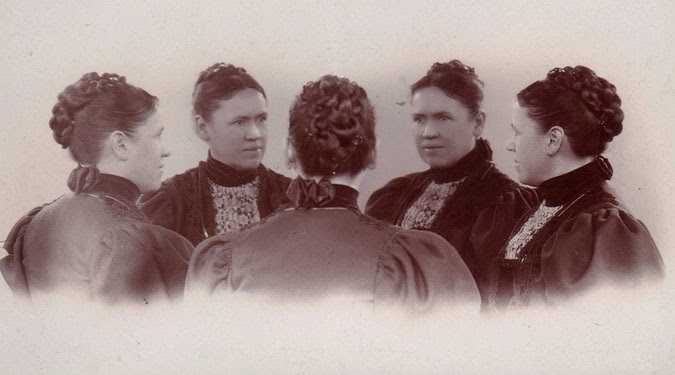 On February 2, 1897, Frances Glessner wrote the following in her journal:

“I went to Hartley’s on West Madison St. and had my photograph taken – a multigraph.”

Fortunately this most unusual photograph is part of the museum collection.  In this article, we will look briefly at Hartley’s and then at the interesting process by which these photographs were taken. 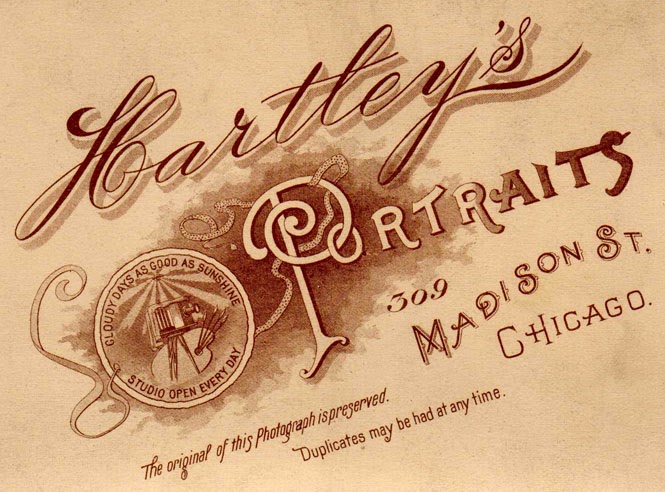 Hartley’s Studios opened in Chicago in 1877.  According to an advertisement published in the Chicago Tribune on January 5, 1890, “Hartley’s Studios are the largest and finest in the United States, and nothing but first-class work allowed to leave the studios.”  That same advertisement featured their trademark rooster with the following riddle – “Why is Hartley’s Rooster the Smoothest Bird of His Kind? – Because He Always Carries His COMB with Him.”  This was followed by a poem which read in part:

“With resonant Crow and hearty good cheer,
Our Rooster would welcome another New Year!
Still armed, as you see, with powder and gun,
And joyously Crowing o’er victories won!
The hearts of his foes were hateful and flinty,
But have met the sad fate that befell poor McGinty!
Many thanks to our patrons, may abundance of Cheer
Fill every hour of this Happy New Year.”

The studio was located at 309 W. Madison Street, using the old street numbering system in place at the time.  In 1909, that address was changed to 1044 W. Madison Street, which would have placed the studio less than two blocks away from the Glessners’ former home at Washington and Morgan streets.

It is not surprising that a large and prominent studio such as Hartley’s would have embraced the novel new multigraph method of photography for its customers.  The process appears to have originated about four years before Frances Glessner had her photograph made, the first known reference appearing in a scientific journal in October 1893.  A year later, the Scientific American published an article which included several illustrations, including the one below, clearly showing how the image was captured.  The subject sat facing two mirrors set at an angle of about 75 degrees to each other.  This resulted in five views of the sitter being captured simultaneously on the negative. 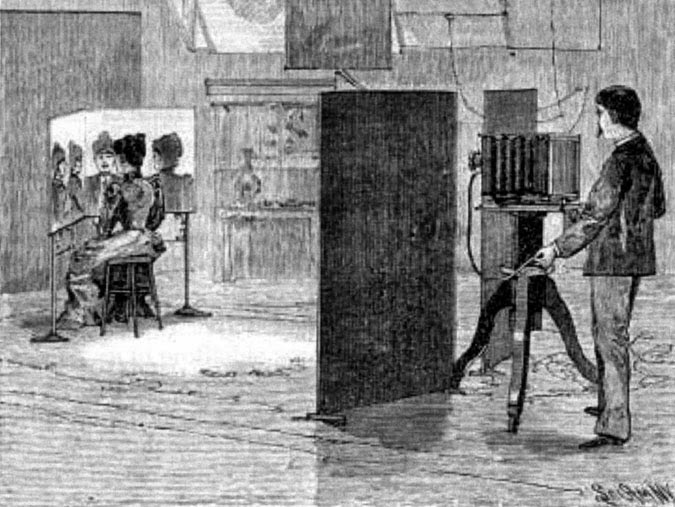 The image shown at the top of the article beautifully captures Frances Glessner’s distinctive hairstyle, one which she maintained consistently throughout her married life, at the request of her husband.  Given that the multigraph photo captures her from behind and from both sides, we are clearly able to see exactly how the hair was positioned, and the hair ornaments that were used.  She opted for a second photo, shown below, which captures her wearing her coat and hat, the latter sporting a jauntily placed bird. 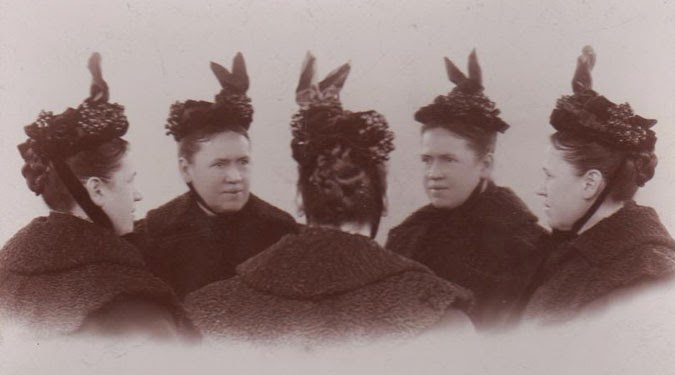 Together, these two images captured interesting and unique views of Frances Glessner and also afforded her the opportunity to see herself as others saw her.

For more information on multigraph photography, see “A Multigraph from Montreal,” written by Irwin Reichstein for the May-June 2007 issue of Photographic Canadiana.  The article contains several illustrations showing humorous uses for this photographic novelty.