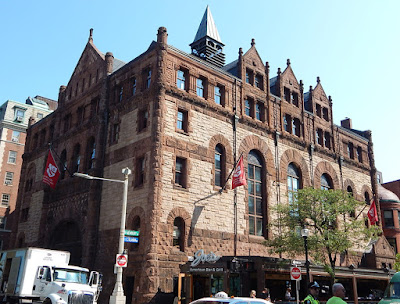 During the first week of August 2017, nearly two dozen docents, staff, and supporters of Glessner House Museum journeyed to Boston, Massachusetts to explore the work of H. H. Richardson and his contemporaries.  Over the next few months, we will be bringing our readers a series of "postcards" from Boston highlighting some of the buildings we saw - some well known, some less so. 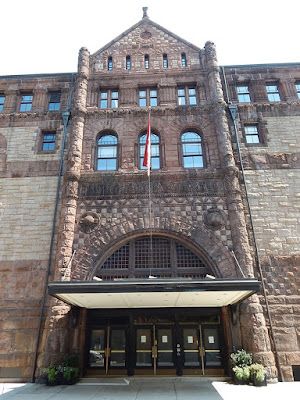 We begin our series with the First Spiritual Temple located at 26 Exeter Street. 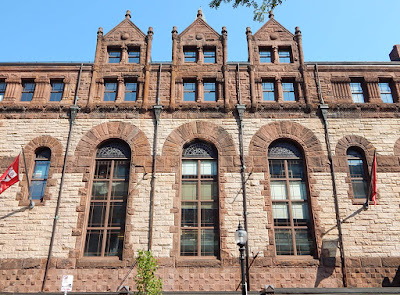 The building was designed by the architectural firm of Hartwell & Richardson in 1884 and was completed the following year.  Hartwell & Richardson was a Boston-based architectural firm founded in 1881 by Henry Walker Hartwell and William Cummings Richardson (no relation to H. H. Richardson).  The firm was prolific through the late 19th century, designing numerous churches and municipal buildings in its early years, and many residences later on.  Their most significant commission is generally regarded to be Osgood Hill, the Moses T. Stevens estate in North Andover, Maryland, completed in 1886. 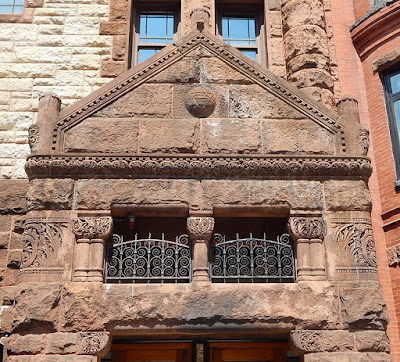 Osgood Hill and First Spiritual Temple both owe much to H. H. Richardson, and demonstrate the enormous impact he had on other architects of the period. 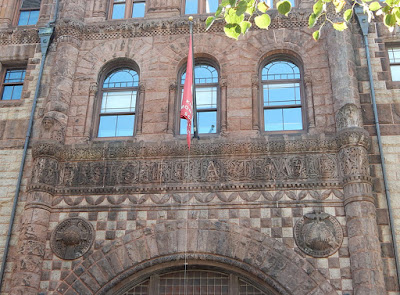 The First Spiritual Temple, a classic example of the Richardsonian Romanesque style, was the first house of worship built in the United States for the Spiritualists, who popularized the idea that the living could commune with the dead.  The movement originated in New York and gained popularity in the mid- to late-19th century and included the use of mediums, seances, the Ouija board, and other ways of connecting with the dearly departed.  The popularity of Spiritualism declined in the early 20th century and for seventy years the Temple operated as the 900-seat Exeter Street Theater.  After years housing various commercial enterprises, it was converted into the Kingsley Montessori School, which currently occupies the structure. 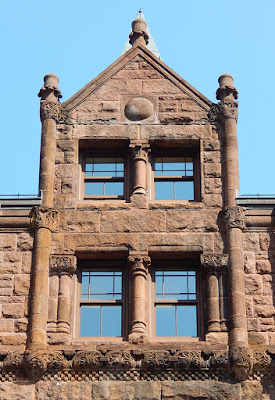 Classic features of the building which show the influence of Richardson include the rusticated stone in two contrasting colors, the tall dormers rising up from the wall surface below, clustered columns around window groupings, polychromatic stone work in checkerboard and leaf patterns on the front facade, and of course, the extensive use of the arch. 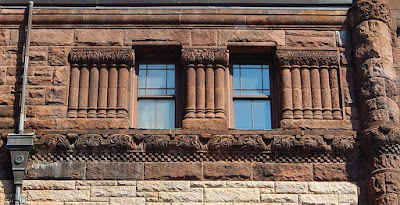 Looking at the building as a whole, it is composed of a simple large box richly ornamented to give it an imposing presence on its corner site. 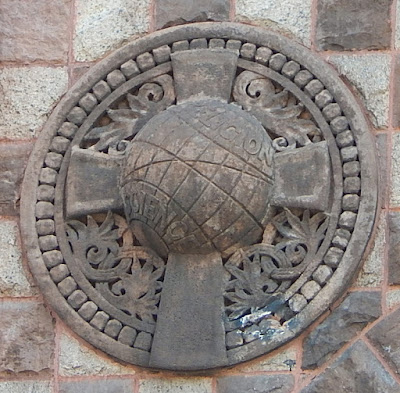 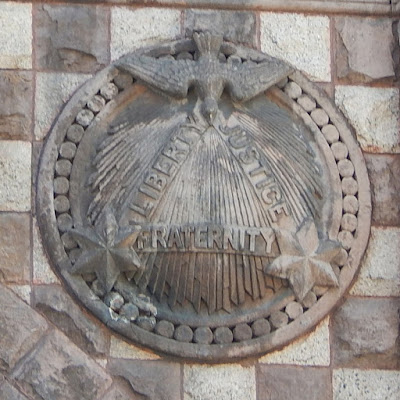 The name "First Spiritual Temple" is set into the stone above the entry arch, amidst richly carved foliate decoration.  Immediately below, two medallions depict the words Religion and Science atop a globe sitting over a cross, and a triangular arrangement of the words Liberty, Equality, and Fraternity with a downward flying bird at the top point, and six-pointed stars at the lower points.  (Another six-pointed star sits over the side entrance on Newbury Street). 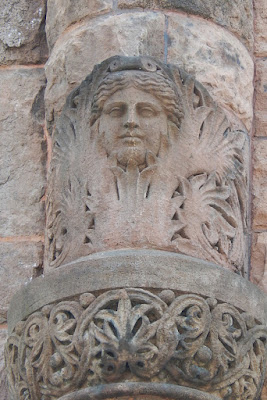 Above the Temple name to either side, ghostly faces are carved into the stone, another indication of the original purpose of the building. 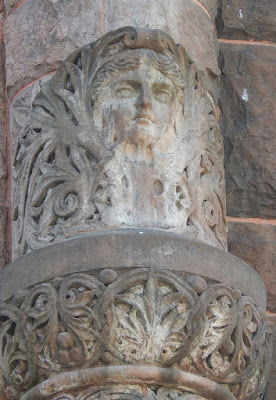 Today, passers-by continue to note the impressive architecture, but few are aware of the other-worldly movement that led to its construction in the 1880s.
Posted by Glessner House Museum at 7:35 PM