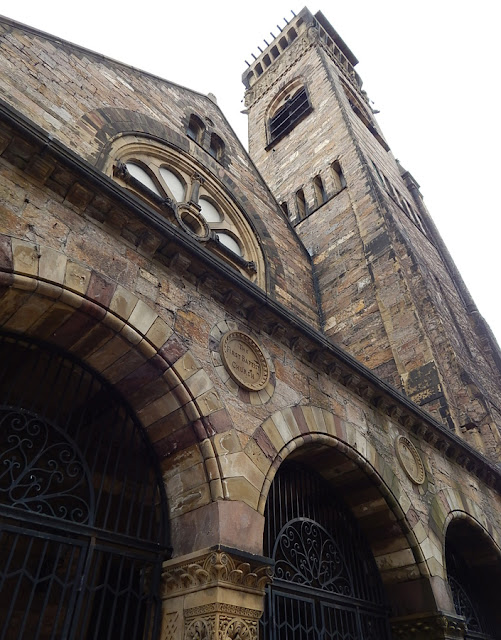 Richardson’s first church design in Boston’s Back Bay is overshadowed by his monumental Trinity Church, which gave him a national reputation.  The commission for the Brattle Square Church, received in 1870, was extraordinarily important in his career, however, in that it is the first of his buildings to feature the characteristics of what became known as Richardsonian Romanesque. 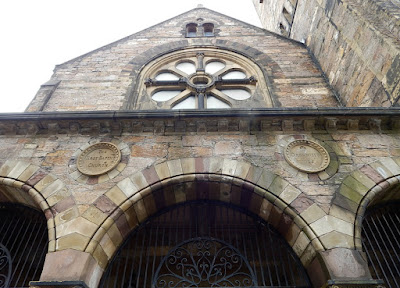 The congregation of Brattle Square Congregational Church constructed its first building in 1699, and a second was built a few years before the American Revolution.  By 1869, the Brattle Square area went into decline resulting in the congregation purchasing a prominent lot along Commonwealth Avenue in the developing Back Bay neighborhood.  H. H. Richardson was among a small number of architects asked to submit designs, possibly at the suggestion of Benjamin Crowninshield, a strong supporter of the project and father of Richardson’s Harvard classmate, Benjamin W. Crowninshield, for whom he had designed a nearby house in 1868. 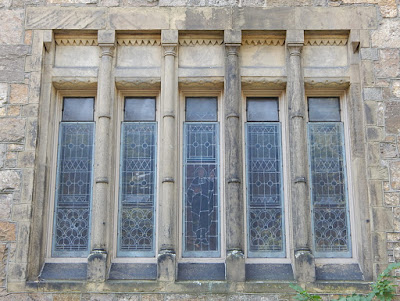 Construction began in 1871 and the building was finished in time to be dedicated just before Christmas in 1873.  The higher than expected cost of the building, combined with a financial depression in the early 1870s resulted in the congregation filing for bankruptcy in 1876. 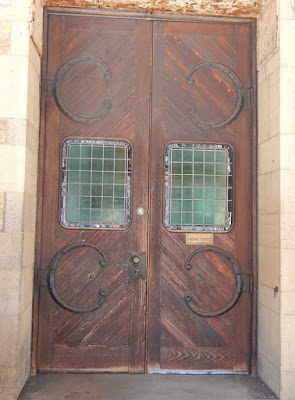 Six years later, it was acquired by the First Baptist Church for $100,000 which soon after engaged another architect to design a chapel at the west end of the building.  Galleries were added to the auditorium to correct acoustical issues in the original design. 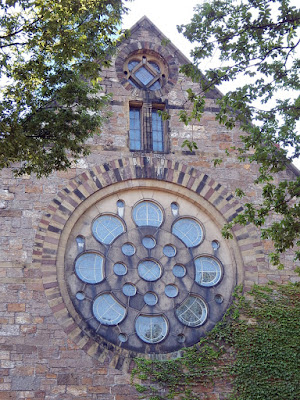 The building is cruciform in shape; however, one arm is so short that the auditorium is actually T-shaped, with a huge rose window at each end of the T. 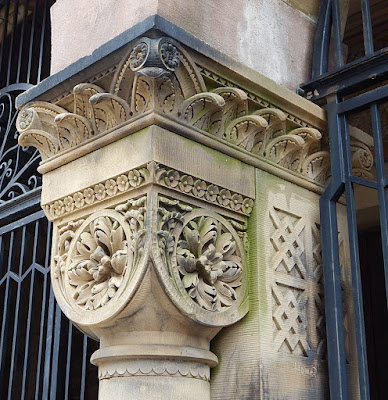 The main axis runs parallel to Commonwealth Avenue, with entry off of Clarendon Street through an arcade consisting of three large arches composed of three different types of stone in shades of buff, cream, and red, set atop intricately carved foliate capitals. 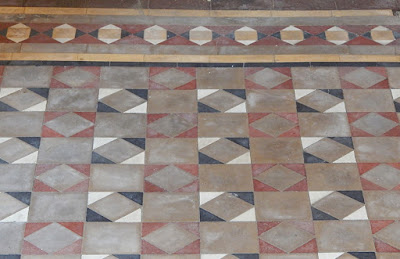 The floor of the entry porch is set with encaustic tiles in similar colors creating an overall harmony to the space. 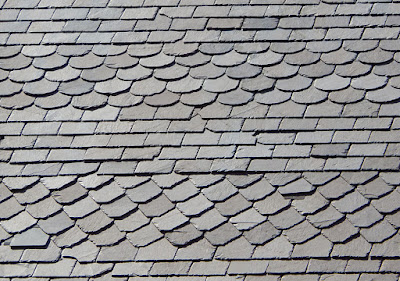 The stone used for the walls is a locally quarried Roxbury puddingstone, which works especially well for the Romanesque design, with the whole set beneath a roof of dark grey slate tiles set into decorative patterns. 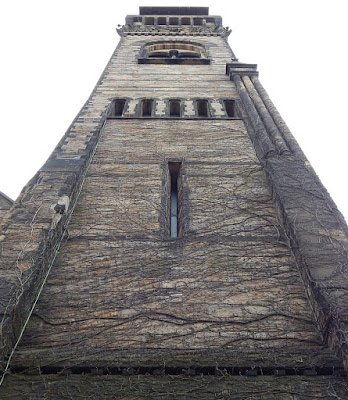 The building is dominated by a massive 176-foot tower which rests on four large piers framing arched openings that form a covered carriageway. 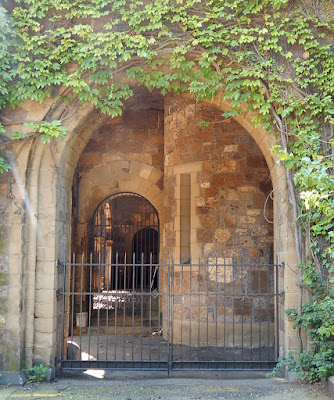 The tower contains multiple arched openings of various sizes and is capped by a pyramidal roof clad in red clay tiles. 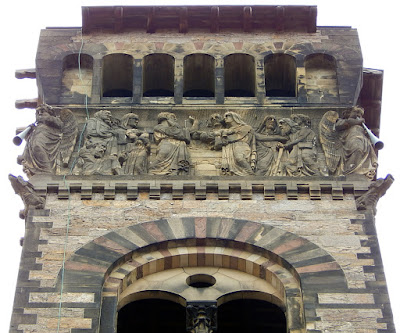 An enormous frieze near the top was designed by Frederic Auguste Bartholdi, sculptor of the Statue of Liberty.  In was carved in situ by Italian stone carvers working from plaster models created by Bartholdi.  The four sides contain groupings of figures depicting the sacraments of baptism, communion, marriage, and death.  At each corner, angels blow through trumpets (originally gold in color), which earned the church the name “The Church of the Holy Bean Blowers.” 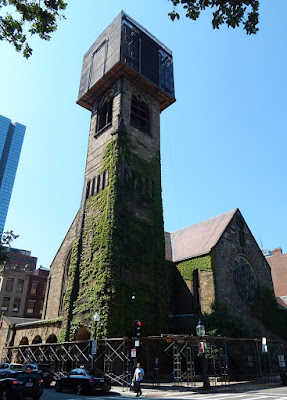 Today, the church is in need of major repairs with canopies covering the sidewalks and scaffolding encasing the Bartholdi frieze.