Fiction in the Household

Guest Author:
Helene Julian is a post graduate student at the University of Lincoln located in Lincolnshire, United Kingdom studying conservation of cultural heritage. As the Fall 2018 intern, she cataloged and evaluated the books in the schoolroom. She graduated in January 2019. 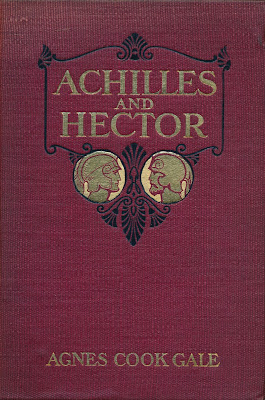 You can tell a lot about a person by the company they keep, but what about their books? I think a person’s dreams, aspirations, goals and desires can be understood by examining their book collection. Glessner House, the former home of John and Frances Glessner and their two children, holds a vast collection of books that were treasured by family members. There is one book that caught my eye in the schoolroom. It is bound in red cloth and displays gold lettering on the cover. The title of the book is Achilles and Hector: Iliad Stories Retold for Boys and Girls. The book is in good condition showing evidence that the Glessners cared for it when it was in their possession and ensuring that it could be read by their children and future young readers. 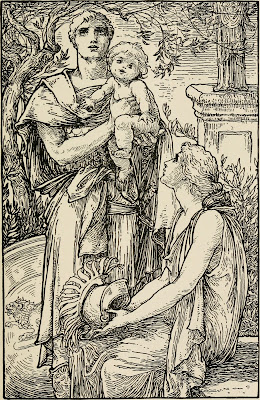 The Glessners were avid readers and were presented with numerous books by authors and friends. Frances Glessner founded a Reading Class in 1894 composed of Prairie Avenue residents as well as the wives of professors from the University of Chicago. They would meet in the library of the Glessner home to discuss literature and socialize. John and Frances Glessner were also well received and active in scholarly circles in the city of Chicago including the Chicago Literary Club and The Fortnightly. Authors wanted the family to read their pieces of work and provided gift copies for their permanent collection. 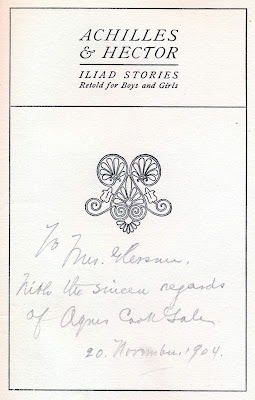 The author, Agnes Cook Gale, gifted Achilles and Hector to Frances Glessner.  The gift inscription reads, “To Mrs. Glessner with the sincere regards of Agnes Cook Gale 20 November 1904”.   Gale was the wife of Henry G. Gale, who was appointed to the Department of Physics at the University of Chicago in 1899 upon receipt of his doctorate there.  He served the University in various capacities until his retirement in 1940.  Agnes Cook Gale served as president of the Renaissance Society of the University of Chicago and was a member of the Artists Equity Association and the Chicago Society of Artists, being primarily known as an artist and sculptor.  The illustrations in the book are by Helen Maitland Armstrong, a talented illustrator regarded as one of the finest American stained glass artists of the late 19th- and early 20th-centuries. 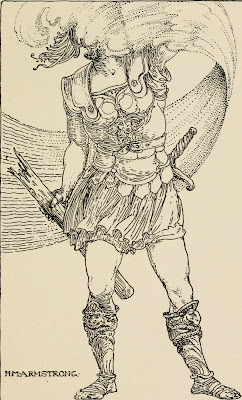 There came a sudden darkness over Achilles' eyes

Achilles and Hector is a book of Greek mythology filled with stories of adventure, love, imagination and the perseverance to complete impossible goals. The titular characters of the book, Achilles and Hector, are both portrayed in Homer’s The Iliad, an epic poem written in ancient Greece. It is a tale of war between the Greeks and Trojans over a woman named Helen, the immortal “face that launched a thousand ships.” The story is a work of fiction, but like any other story the reader takes away something from the literature. In my case after reading the Iliad in high school, I took away the power of using reasoning to achieve an objective. Odysseus’s idea to build a wooden Trojan horse and fill it with soldiers to sneak behind enemy lines was a clever tactic that has always stayed with me. 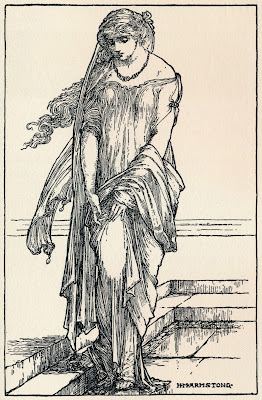 By observing the Glessners’ book collection, specifically in the schoolroom, it is evident that the parents encouraged their children to read the classics and tales of triumph. They wanted their children to be well rounded individuals who not only gained knowledge through life experiences but through the pages of a book. Among the other works of fiction in the schoolroom are The Two Penniless Princesses and Boat No. 2631: The Story of a Mississippi River Adventure. Both involve the protagonist resolving a conflict or defeating the antagonists with will power and perseverance. 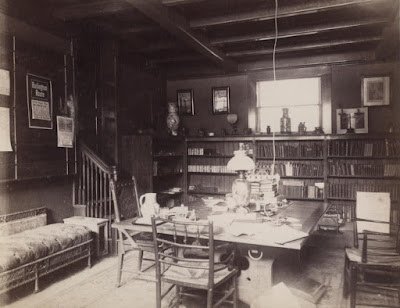 The schoolroom contains numerous books beyond fiction, including a great deal of non-fiction ranging from history to biography, and several from the children’s studies of foreign languages.  The children were educated by private tutors at home, so it would make sense to see many books related to their studies. But thankfully fiction can be seen throughout the shelves of the schoolroom as well. I think reading fiction opens one’s mind to creativity, imagination and empathy. Possibly, the Glessners would agree with me that fiction can positively impact your life by giving you the confidence to attempt new things and meet new people.

Maybe these are reasons why George decided to go into politics in New Hampshire to have a positive impact on his community. Or this might explain why Frances Glessner Lee had an active and open mind and became interested in crime scene investigation with her creation of the Nutshell Studies of Unexplained Deaths. You can truly tell about one’s life through the books they read. From my review of working within the school room’s collection, the Glessners read books on a wide variety of topics, both fiction and non-fiction, which encouraged their children to dream and achieve their goals.