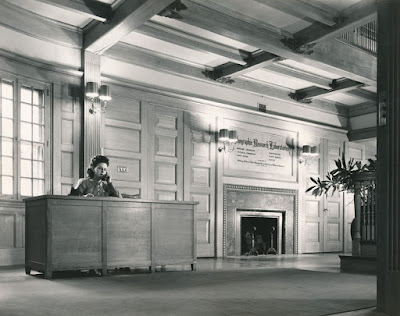 In October 1945, exactly 75 years ago, and just weeks after the end of World War II, the Lithographic Technical Foundation (LTF) opened its new research laboratories in Glessner House. For the next twenty years, LTF occupied the building, helping to ensure its survival, while many of the neighboring houses were demolished. Utilizing a souvenir booklet from the opening of the laboratories, and a series of photographs taken by Hedrich Blessing, this article will provide a glimpse inside the house during the LTF occupancy. 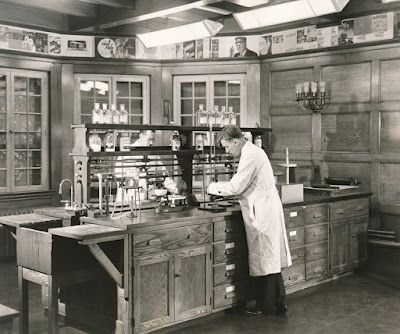 LTF was begun in the 1920s as a non-profit endowed institution with a mission of providing cooperative scientific research and related educational activities in the field of lithography. It maintained its educational headquarters and administrative offices in New York City, with a research laboratory at the University of Cincinnati. 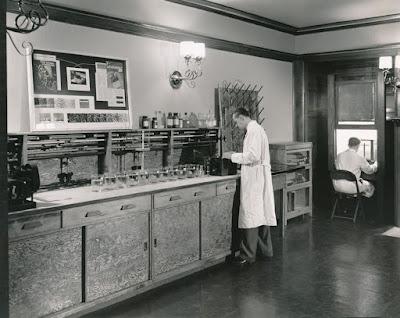 Laboratory in the former parlor; a light box (shown at far right) blocks off the north entrance into the room from the main hall

By the early 1940s, LTF was looking to expand its research activities and investigated eight of the leading research facilities in the United States, settling on Armour Institute, which had been gifted Glessner House in 1938. The first few collaborative projects were so successful, that the decision was made to relocate the research laboratories from Cincinnati to Chicago. With no facilities available on the main campus, LTF was offered Glessner House rent free, with LTF only responsible for a share of the annual maintenance. 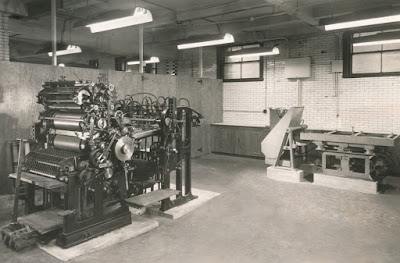 The official opening of the laboratories took place on Tuesday October 23, 1945. LTF made good use of the 17,400 square foot building as is noted in the “Guide to Glessner House” included in the opening booklet. 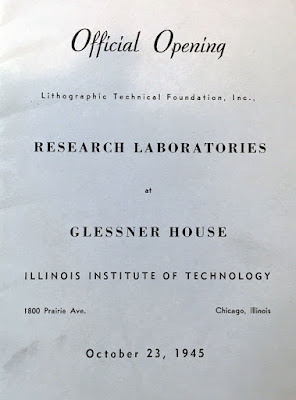 The reception area was placed in the first-floor main hall, with the large panel over the fireplace painted with “Lithographic Research Laboratories” and a listing of the six main divisions. The research director, Prof. Robert F. Reed, used the Glessners’ former bedroom as his office. 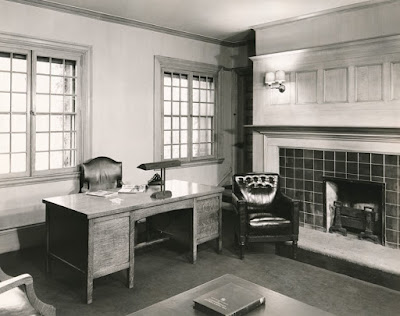 The library was retained for use as the research library, the large partners desk still in place. The parlor and dining room were converted into the main laboratories, with a physical chemistry laboratory, hood room, and experimental laboratories for platemaking, photography, and press occupying the rooms of the former kitchen suite. 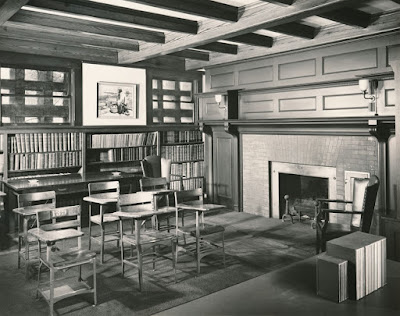 The school room was, appropriately, designated for educational activities. The second-floor hall was made into a large conference room, utilizing the Glessners’ original dining room table, chairs, and sideboard. The two guest rooms were converted into additional conference rooms. 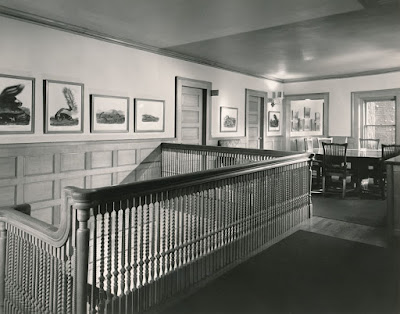 George’s former bedroom became the office of Wade E. Griswold, the executive director, and Fanny’s former bedroom was dedicated to optics and light research. The conservatory and female servants’ wing became ink and paper reference rooms and a lunchroom. The coach house became a demonstration room with a full-size press, with a maintenance shop, paper storage, and caretaker’s quarters above in the former hayloft and male servants’ quarters. The basement and third floor were turned into a series of demonstration rooms for chemistry, platemaking, dot etching, hand retouching, stripping, and opaquing, in addition to a darkroom and camera lab. 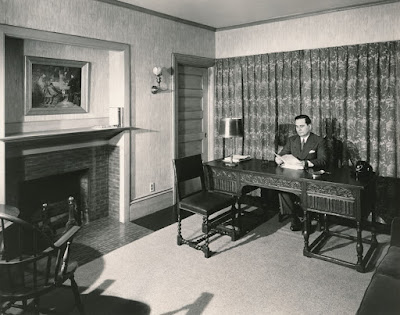 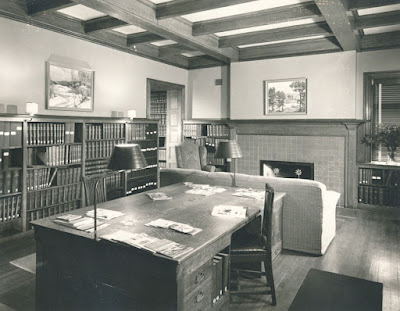 Research library; the Glessners' partners desk is in the foreground with two of the original dining room chairs

The Deed of Gift between the Glessner family and Armour Institute (which became the Illinois Institute of Technology (IIT) in 1940 upon its merger with the Lewis Institute) stipulated that Armour must retain ownership of the house for at least twenty years. A few years in advance of that anniversary date, IIT informed LTF that the leasing arrangements would be terminated at that time. LTF examined its possibilities and ultimately decided to purchase Glessner House from IIT at an agreed upon price of $70,000. A ceremony transferring ownership was held at the Lake Shore Club, 850 N. Lake Shore Drive, on April 2, 1958 – twenty years and two days after Armour had originally accepted the house. 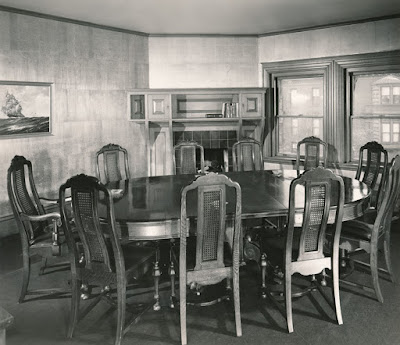 Corner guestroom in use as a conference room: the walls were covered in silver leaf

Just five years later, LTF made the decision to consolidate the research facilities in Chicago and the educational activities in New York into a single location in Sewickley, Pennsylvania, near Carnegie Mellon University, with whom it often partnered. Glessner House was put up for sale for $70,000 and most of the original Glessner furniture pieces still in the house were sold, as LTF was considering demolition. The house was ultimately purchased by the newly formed Chicago School of Architecture Foundation in the spring of 1966 for just $35,000, and Glessner House Museum was born.