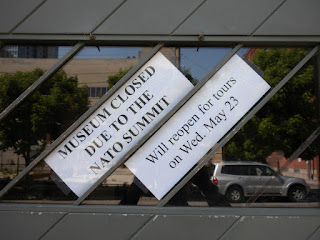 The NATO Summit gets underway on Sunday, but already the neighborhood around McCormick Place has taken on an entirely different feeling.  Many residents have chosen to leave the area for the weekend, due to broad road closures and parking restrictions, and numerous businesses (including Glessner and ) have closed as well.   A number of buildings along Michigan Avenue have boarded up their windows in anticipation of the large protest scheduled to march south along on Sunday afternoon.

An unscheduled protest march marched south along just after 5:00pm today, arriving at 18th Street before turning around and heading back to downtown where they continued to march for hours.

Below are a few pictures of the neighborhood and protest march. 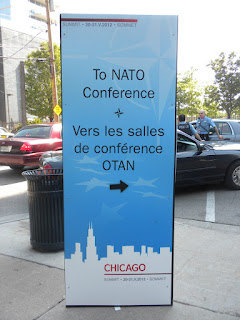 Sign at entrance for non-dignitaries attending summit at Calumet Avenue and 21st Street. 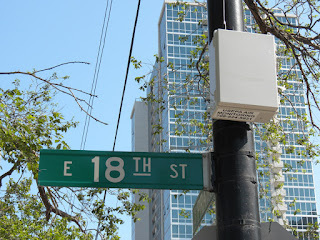 One of numerous EPA air monitoring devices set up in the neighborhood to monitor the level of tear gas and other potentially dangerous gases that could be released during the protest march on Sunday.  This device is at the corner of Prairie Avenue and 18th Street. 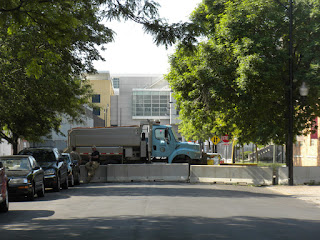 Blockade on the 2000 block of South Prairie Avenue utilizing concrete barriers and a snow plow. 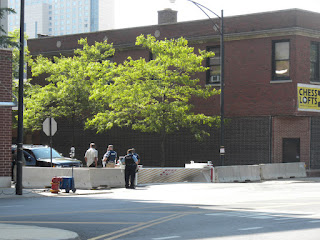 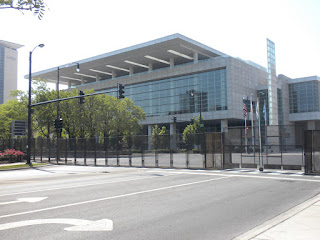 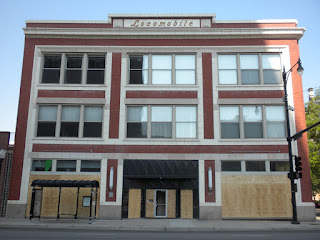 Locomobile Lofts at 2000 S. Michigan Avenue boarded up in anticipation of Sunday's march. 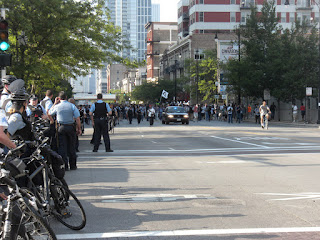 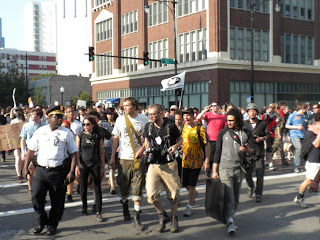 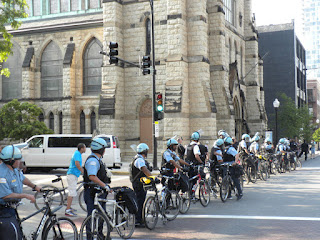 Police blocking off Cullerton Street at Michigan Avenue, next to Second Presbyterian Church. 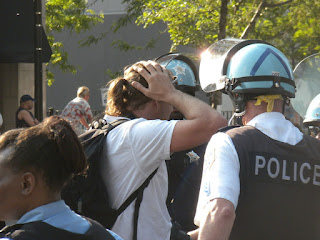 Protestor being searched and detained.
Posted by Glessner House Museum at 9:51 PM