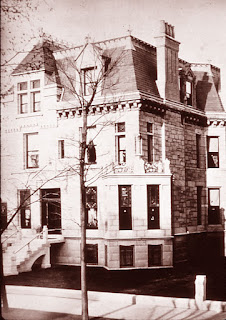 On , members of the Kenilworth Historical Society journeyed down to Prairie Avenue  for a private tour of the street and .  The destination was far from random.  Joseph Sears, the founder of the beautiful planned community of on ’s , had been a long time resident of Prairie Avenue during its heyday in the last quarter of the nineteenth century.  Members were anxious to learn more about the community that Sears called home before moving permanently to in 1892.

Joseph Sears was born on and was educated in the public schools.  In 1868, he married Helen Barry and began working as superintendent of a new plant for N. K. Fairbank, manufacturers of lard, oil, soap, and candles.  Within five years he was admitted as a junior partner in the firm.

By that time Sears had already moved to the Prairie Avenue neighborhood, originally living in a house on Prairie south of 22nd Street.  One of the attractions of the area no doubt was the Swedenborgian church, known as the “New Church Hall,” located at the southeast corner of Prairie Avenue and 18th Street.  The church had been built there in 1872, after their previous building was destroyed in the Chicago Fire.  In 1879, Sears purchased a lot less than 100 feet south of the church property, and soon after hired Burnham and Root to design his home.  (Architect Daniel Burnham was a fellow Swedenborgian).  During construction in 1881-1882, Sears and his growing family rented a house at 1919 S. Prairie Avenue, now known as the Marshall Field Jr. house.  (It is one of only seven surviving mansions remaining on Prairie Avenue today).

In 1880, the church sold their property and moved to a more central location in downtown , where Sears continued to attend.  By coincidence, the church property was acquired by Sears’ business partner, Nathaniel K. Fairbank.  In 1892, William W. Kimball, manufacturer of pianos and organs, completed his Chateauesque style mansion on the site, and that mansion remains today as well, now used as the national headquarters for the U. S. Soccer Federation. 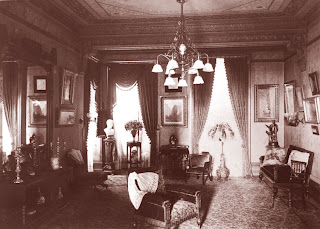 Shortly after completing his home at 1815 S. Prairie Avenue, Sears’ traveled to , where he became entranced with the beautiful planned communities there.  He came back to the and purchased a large tract of land on ’s north shore, where he soon after established the community of .  In 1892, he left Prairie Avenue and took up permanent residence in a new home at , where he lived until his death in 1912. 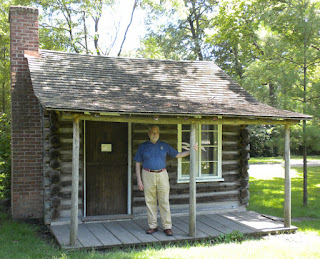 When Sears moved to he brought an interesting item with him.  After moving into the Prairie Avenue home in 1882, he had a log cabin playhouse built for his children.  The structure was carefully dismantled and reconstructed at Sears’ home.  In 1945, the family dismantled it yet again and moved it to a new family home in .  In 1968, it was dismantled for the third time and moved back to , where it can be seen today adjacent to the Kenilworth Club.

Sears leased his Prairie Avenue home for a number of years.  For much of that time it was occupied by Levy Mayer, a prominent attorney and general counsel for Armour, one of the largest meatpackers in the country.  In 1902, the house was sold to Arthur Meeker, the European representative for Armour.  Meeker had the house significantly remodeled from plans prepared by architect Arthur Heun.  After Meeker moved to the north side, the building was occupied by various publishing houses, including D. C. Heath and Company.  It was razed in 1967.
Posted by Glessner House Museum at 9:33 AM