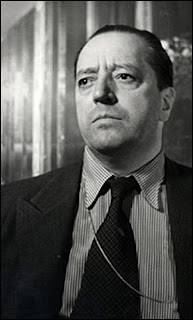 The great modernist architect Ludwig Mies van der Rohe arrived in Chicago exactly 75 years ago this month to accept the position of director of the School of Architecture at Armour Institute (which became the Illinois Institute of Technology in 1940).  Mies served as the last director of the Bauhaus in German from 1930 to 1933 before it was closed by the Nazis and in 1937 he moved to the United States. 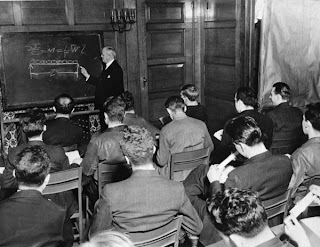 Frances Glessner Lee deeded her parents’ home at 1800 South Prairie Avenue to the Armour Institute in 1938 and classes were being conducted here by April of that year.  Not surprisingly, Mies was aware of the Glessner house from his training as an architect, so when he was negotiating with the Armour Institute, the discussion arose regarding the possibility of housing his new School of Architecture in the house.

As early as January 1938, correspondence between Mies and Dean Henry T. Heald, president of the Armour Institute, make mention of the Glessner House.  A letter in the Mies collection at the Library of Congress dated January 31, 1938 states:
“I shall be glad to show you the Glessner House, so that you may make a comparison between the possible alternatives of new quarters in the Art Institute and use of the outside facilities.”

A letter in the museum archives from Dean Heald to Frances Glessner Lee dated September 21, 1938 states in part:
“As you know, our School of Architecture is at the present time housed in the Art Institute, in quarters which are not entirely satisfactory.  Professor van der Rohe has shown great interest in the Glessner House since he arrived in Chicago two weeks ago.  He feels that the house is a ‘wonderful architectural document,’ and thinks it would be a fine place to house his School of Architecture. . . I still have definitely in mind the preference which you suggested for having the house used in connection with work in architecture, and, because of that fact, I thought you would be interested in van der Rohe’s reaction to that possibility.” 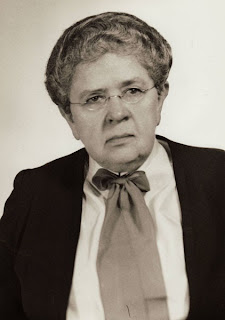 Frances Glessner Lee responded with pleasure on September 26 upon hearing the news:
"Your letter of September 21 has been received and I am delighted that Professor van der Rohe is now with you and there is the possibility of Glessner House becoming the home of your School of Architecture."

Just a week later, Frances Lee received an invitation to the reception and dinner held on October 18, 1938 to honor Mies as the new head of the Department of Architecture, sponsored by Armour Institute of Technology in cooperation with the Chicago Chapter of the American Institute of Architects and the Illinois Society of Architects.  Speakers included Frank Lloyd Wright and Eliel Saarinen.  Lee, who was at The Rocks Estate in New Hampshire at the time, did not attend, and sent her regrets.

For reasons that have not been made entirely clear, Glessner House was not selected as the site for the Department of Architecture, although Armour Institute retained possession of the house for a number of years.  Mies however, continued to maintain an interest in the house.  A memorandum from Prof. D. P. Moreton of the Dept. of Public Relations at Armour to Dean Heald dated November 15, 1938 notes that Moreton transferred all the blue prints of Glessner House to Heald.  Written in pencil on the memo is the notation “11/15 These blueprints were loaned by H. T. Heald to Prof. van der Rohe.”  The blueprints and specifications for the house were still in Mies’ possession when he died in 1969, and in 1977 they were donated to the museum by the Illinois Institute of Technology.
Posted by Glessner House Museum at 6:06 PM