Maier and Pattison, the "Piano Twins" 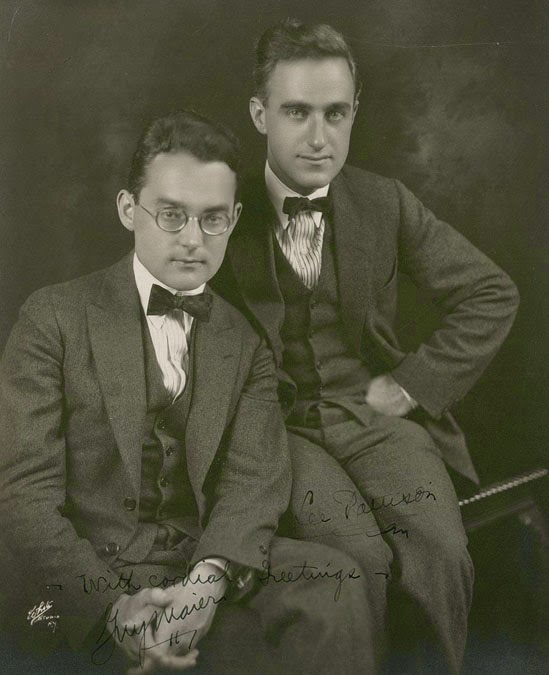 As two of the most ardent supporters of the Chicago Symphony Orchestra from the times of its inception in 1891, John and Frances Glessner were afforded the privilege of meeting many of the greatest composers and performers of their day.  A tradition that evolved under the conductorship of Frederick Stock was for these musicians to dine with the Glessners on Friday evening, when in town performing with the Orchestra.  During the 1920s, the famous two-piano team of Maier and Pattison were invited guests at 1800 S. Prairie Avenue on at least three occasions.

Lee Pattison was born on July 22, 1890 in Grand Rapids, Wisconsin and studied piano under Carl Baermann (a pupil of Franz Liszt) at the prestigious New England Conservatory of Music in Boston.  Upon his graduation in 1910, he was offered a position on the faculty.  Guy Maier was born on August 15, 1891 in Buffalo, New York.  Showing talent at an early age, he also enrolled at the New England Conservatory of Music where he, too, studied under Baermann, and became acquainted with Lee Pattison.  After his graduation in 1913, the two set out for Europe where they studied under the eminent pianist Arthur Schnabel in Berlin.  They returned to Boston in 1914, and Maier made his solo debut as a concert pianist soon after.

After hearing a two-piano performance by Harold Bauer and Ossip Gabrilowitsch (both of whom would also later be guests of the Glessners), Maier and Pattison began to perform together with two-piano compositions and arrangements.  During World War I, Maier volunteered with the YMCA as an entertainer and Pattison joined the infantry, and they continued to perform together, giving two-piano recitals for the American troops in Paris.  After the armistice in 1918, they performed at a recital in Paris that was attended by both President Woodrow Wilson and the French Premier Georges Clemenceau.  They returned to the United States and began concertizing extensively across the country playing classical works written for two pianos as well as writing two-piano arrangements of other works.  Pioneers in acoustic recording, they produced numerous popular recordings for the Victor Talking Machine Company.  Their reputation grew through the 1920s and they were dubbed the “Piano Twins.” 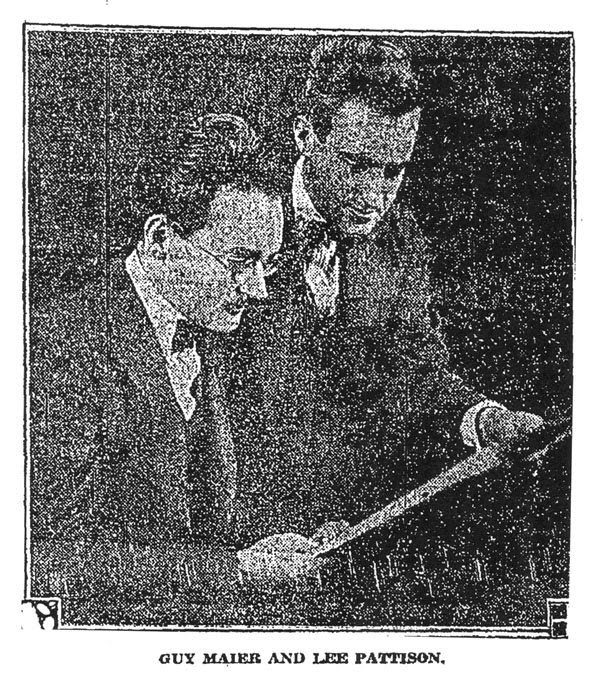 Frances Glessner recorded that Guy Maier and Lee Pattison were guests for dinner in their Prairie Avenue home on February 15, 1924.  The Piano Twins were in Chicago to perform Bach’s Concerto for three pianos with the Chicago Symphony Orchestra, the third pianist being Arthur Shattuck (also a frequent guest at the Glessner home).  It was the first performance of the Bach concerto by the symphony.  In addition, Maier and Pattison performed another work, Carl Philip Emanuel Bach’s Concerto for two pianos, the score of which they were said to have discovered in the basement of a Chicago music store the previous fall.  They also performed a new work, “King Estmere,” by Leo Sowerby, based on an old English ballad of the same name.

“Out of a considerable cargo of two and three piano music of the oldest and newest composers, each item a first performance on the Chicago Symphony orchestra programs, two facts swung into plain view at Orchestra hall yesterday afternoon.  One is that Leo Sowerby belongs in the front row of modern composers.  The other is that Guy Maier and Lee Pattison in conjunction with Frederick Stock and the orchestra make an ideal combination to show where he is.” 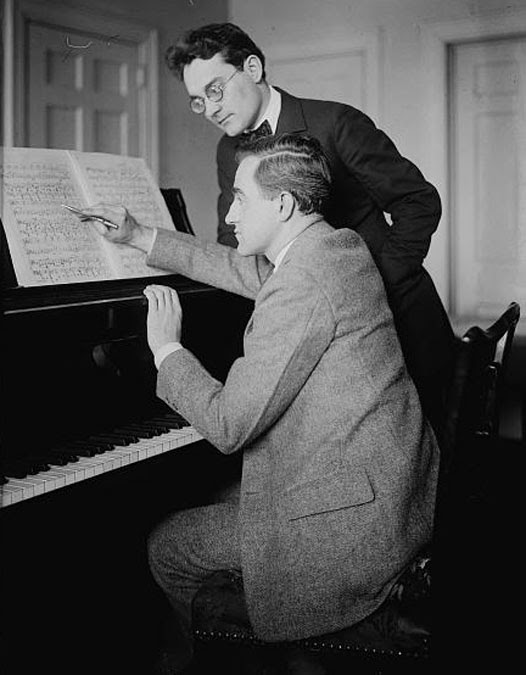 Maier and Pattison were guests of the Glessners again on May 13, 1925.  Although they were not performing with the orchestra at the time, they were in Chicago as Pattison was teaching masters classes at the Gunn School of Music, located in the Fine Arts Building, 410 S. Michigan Avenue.

The “Piano Twins” returned to Chicago in March 1928 as part of a national tour, performing a recital at the Studebaker Theater on March 11 and then with the Chicago Symphony later in the month.  Of the Studebaker recital, Tribune music critic Hazel Moore wrote:

“Maier and Pattison, those famous duo artists of the piano, timed their recital at the Studebaker theater yesterday afternoon to ride in on the pianistic wave of the last few days.  That the wave had not subsided was amply shown by the large audience that greeted their coming.

“Excepting for the presence of Belle Tannenbaum Friedman, who ably assisted from a third piano the Bach concerto in D minor for three pianos, their program was of the general variety and quality that these artists always choose.

“Quite another mood was that of Henry Eichheim’s ‘Siamese Sketch,’ written for this pair of seekers for the light of new music.  Perhaps it was a little long, but the mood and the bells, no clear, now blurred and mingled with other sounds of the orient, were there.  Mr. Maier’s clever arrangement of the two Chopin etudes, the familiar ‘Butterfly’ and ‘Black Key’ etudes, was received with the delighted applause that it deserves.  The wave of the Maier and Pattison popularity is a long one, with no rocks ahead.”

They dined with the Glessners on March 23, 1928, the same date they began their weekend performances with the Chicago Symphony Orchestra.  Those concerts included a performance of Mozart’s E flat concerto and a reprise of the Sowerby “King Estmere” that they had first performed with the orchestra four years earlier.

In 1931, the pair embarked on a farewell tour of the United States and pursued separate careers, although they did appear together again March 1937 during a reunion concert on the stage of the Works Progress Administration Theatre of Music in New York.

Maier gave recitals for children at schools, coupled with his “musical travelogues,” sometimes as a soloist, and at times with his wife, Lois, also a talented pianist.  Of these concerts, the Los Angeles Times reported, “He is not only clever as a pianist, but the way he keeps the attention of a grammar-school audience of squirming, tired-at-the-end-of-the-day youngsters is nothing short of miraculous.  It is all fun to him and he makes the children ‘see into’ the music he plays with brief and witty words.”  He taught at the University of Michigan for ten years beginning in 1921, and later taught at the Juilliard School in New York, and the University of California at Los Angeles, also writing regular monthly columns for the musical publication The Etude.  In 1937, he was appointed the regional director of the WPA music project in New York, a position held by Pattison two years earlier.  The Sherwood Music School in Chicago awarded him an honorary doctorate in 1940.  He died in Santa Monica, California on September 24, 1956.

Pattison performed as a soloist and also with the violinist Jacques Gordon and the Gordon String Quartet.  In addition to composing and arranging classical works for piano, two pianos, voice, and choral groups, he taught at Sarah Lawrence College and Columbia University.  In New York, he also served as the General Director of the American Lyric Theatre and as manager of the spring 1937 season of the Metropolitan Opera.  In 1941, he was appointed Professor of Music at Scripps College in Claremont, California, a position he held until he retirement in 1962.  The trustees later named the Lee Pattison Recital Hall in his honor.  He died on December 22, 1966 in Claremont.