Frances Glessner Lee moves to the north side 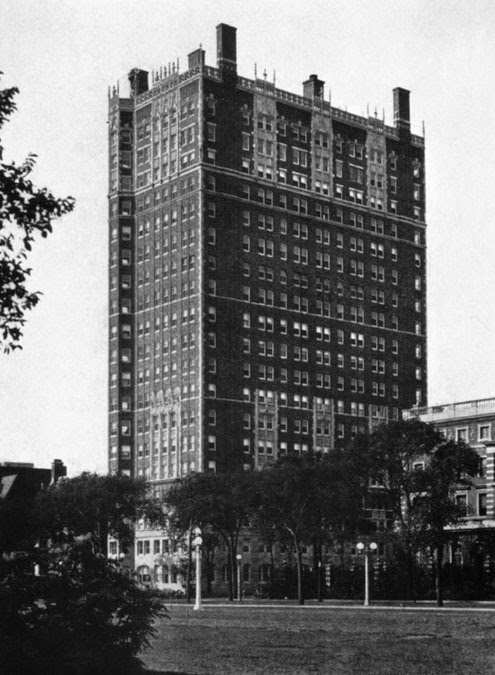 In May 1926, the Chicago Tribune announced the “latest addition to the skyscraper apartment row on Lake Shore drive” in an article entitled “Blois Chateau Motif for Big Drive Co-op.”  Known as 1448 Lake Shore Drive, the 19-story structure at the southwest corner of the Drive at Burton Place was designed by the architectural firm of Childs & Smith which had just finished working on the Chicago (McKinlock) campus for Northwestern University. 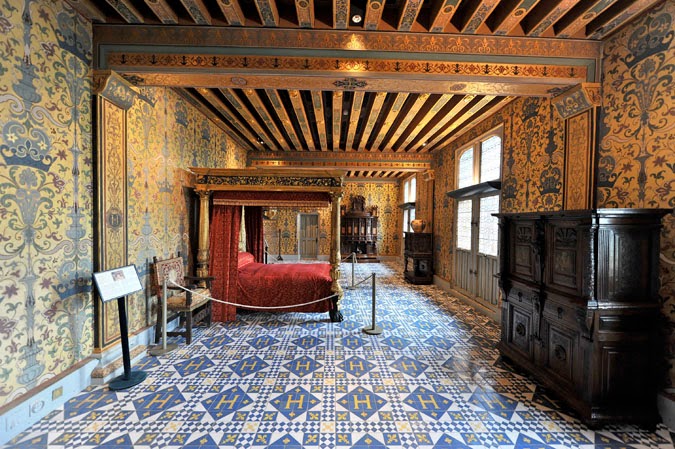 The inspiration for the design was the famous Chateau at Blois, France, which, as the article noted would be “familiar to the thousands of American soldiers who passed through that concentration center during the great war.”  Designed in the French Gothic style, the building was steel framed but clad on all four sides with face brick and Bedford stone trim.  It contained a total of 53 apartments, most consisting of six, seven, or eight rooms, with a select numbers of apartments containing twelve or more rooms. 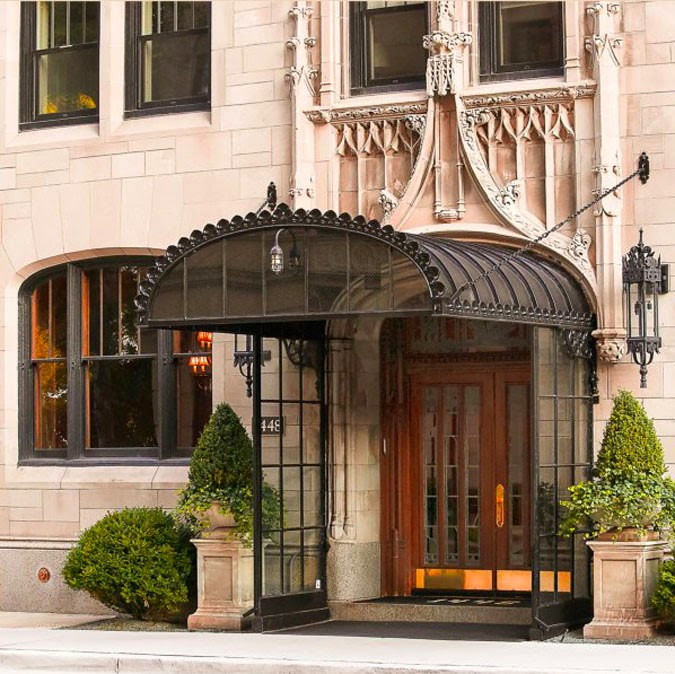 A prominent bay projecting from the south side of the front façade, delicately designed brick patterns, and a battlemented balustrade with Gothic pinnacles at the top were among the more decorative features for the exterior.  The apartments contained every modern amenity desired, and in fact the Tribune went so far as to say that “if there is a convenience left out of the building it will only be because it hasn’t been invented.” 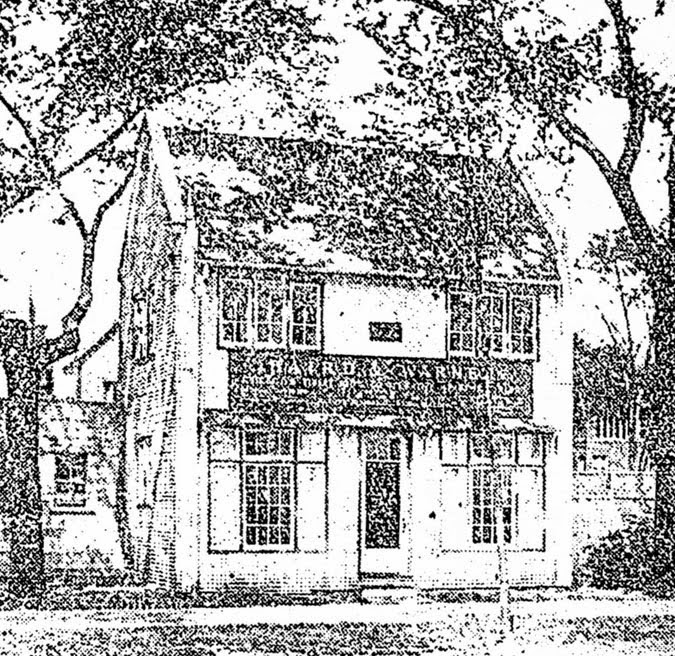 By August, Baird & Warner, the exclusive agents for the building, had erected a handsome sales office which at first glance appeared to be an attractively designed and constructed two-story home.  Built facing Lake Shore Drive, it was considered a new idea in apartment building construction and sales, and was said to be “as attractive architecturally as some of its more imposing permanent neighbors.”

It was into this sales office that Frances Glessner Lee arrived in early 1928, inquiring about an apartment.  Lee had lived for many years in an elegant Georgian Revival townhouse at 1700 S. Prairie Avenue, designed by Shepley, Rutan and Coolidge.  In 1918, however, she had relocated to Boston, and by the late 1920s once again desired a more permanent address to accommodate her frequent trips back to Chicago.  As had been the case with many of the families she had known on Prairie Avenue, the north side “Gold Coast” was now the place to live, so it is not surprising that she looked at one of the finest blocks along Lake Shore Drive.  In fact, it would have been a block she would have known well.  Prairie Avenue friend George Armour and his mother had built homes just a few doors to the south of the new building site, and at the south end of the block had stood the home of Franklin MacVeagh, the only other house in Chicago designed by H. H. Richardson (demolished 1922).

Baird & Warner would regularly provide the names of new purchasers of the co-ops to the newspapers to encourage additional sales.  Frances Glessner Lee’s purchase was announced in the Chicago Tribune on May 6, 1928.  Although the newspaper did not disclose the sales price, we know that Frances Glessner Lee paid just over $55,000 for her twelve-room apartment on the 12th floor.  It occupied about two-thirds of the entire floor, with a smaller apartment occupying the rear third.  She paid one-half down, with the remainder paid off in two years through a series of four promissory notes.  She also arranged to lease a two-room apartment with kitchenette on the first floor for $100 per month for her daughter Frances, who married Marion Thurston Martin in November 1928. 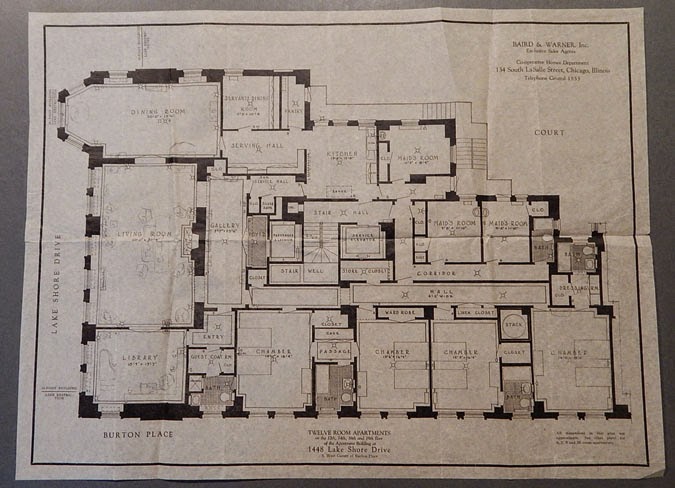 Frances Glessner Lee’s apartment was accessed by way of an elevator from a separate lobby which opened directly into a small foyer and then into a grand gallery measuring 7’-7” by 25’-6”.  Directly beyond the gallery was the largest room in the apartment, the lake facing living room, which measured 20 by 30 feet, and contained the only fireplace (wood-burning) in the unit.  To the south of the living room was the dining room measuring 15’-6” by 30’, and to the north was the library measuring nearly 14 by 19 feet. 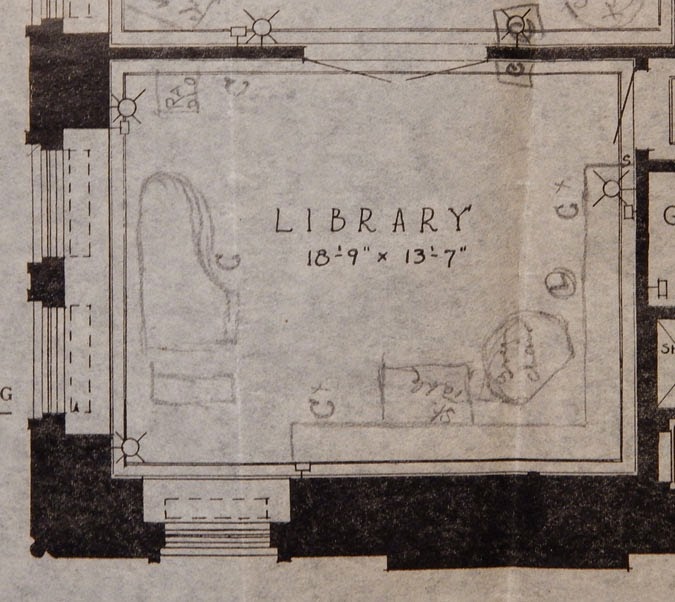 Along the Burton street side of the apartment were four chambers (bedrooms), and four full bathrooms.  The south side of the unit was occupied by a kitchen, service hall (butler’s pantry), dry pantry, silver safe, servants’ dining room, and three maids’ rooms which shared a single bathroom.  There were numerous closets and storage rooms throughout the unit. 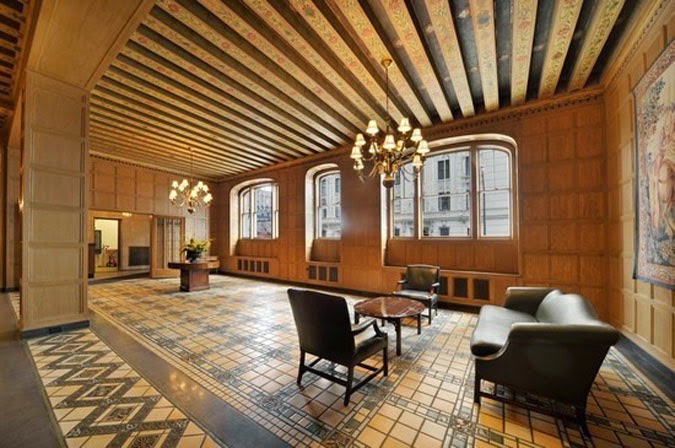 The most spectacular feature of the building was the lobby with its rich oak paneling and floors laid with exquisite faience tile. 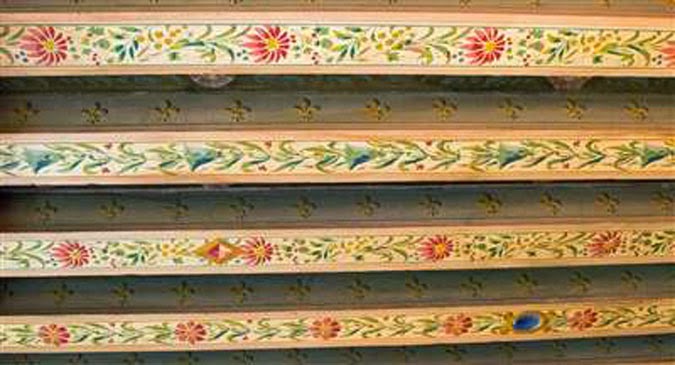 The painted beams of the lobby in particular bear a strong resemblance to those in the King’s bedroom at the Chateau at Blois. 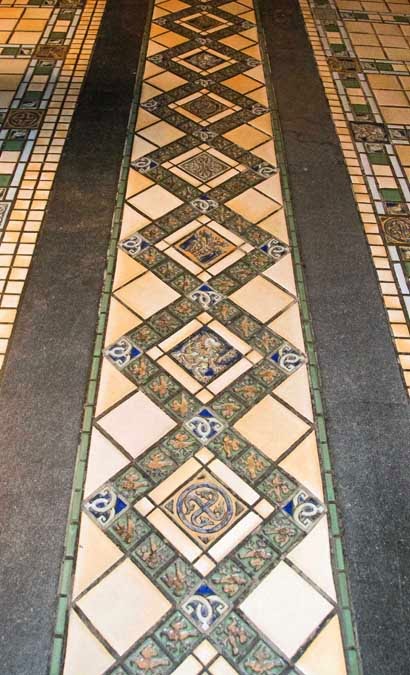 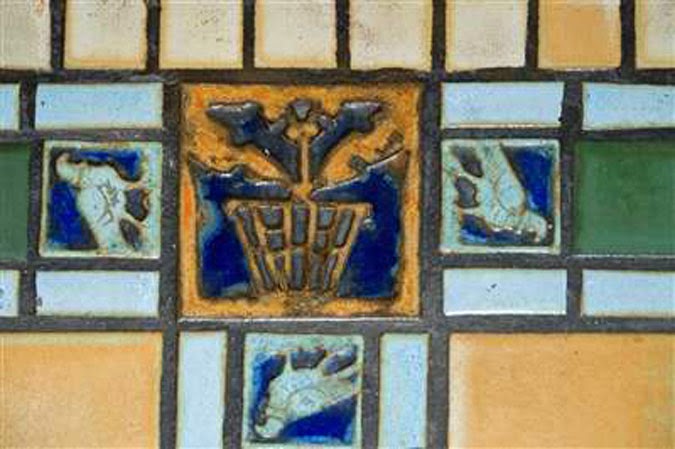 Perhaps the elaborate tile work appealed in particular to Lee, who grew up in a home with fine DeMorgan and Iznik tiles that she would later remove after her parents’ deaths and reuse in her New Hampshire home.  The lobby has been well preserved and still looks exactly as it would have when Lee was in residence.

It is not known exactly how long she occupied the apartment, but by 1935 she was leasing it for $325 a month.  She was back in residence for a time in 1940, but by 1942 had left the apartment for good, encountering no small amount of difficulty in selling it, due to the particular details of the co-op ownership arrangement.

Today, the building at 1448 N. Lake Shore Drive is still considered among the finest vintage buildings on the Drive, and the unit remains intact although it has been remodeled and updated several times through the years.