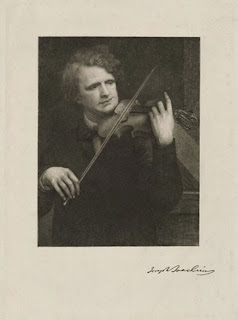 Frances Glessner made the following notation in her journal for February 10, 1886, while travelling in Boston, “We bought an etching of Joachim – Watt’s painting.”  The reference is to an etching of the imminent 19th century Hungarian violinist, Joseph Joachim, based on a painting by the English painter George Frederic Watts.  It occupied a place of honor near the piano in the Glessners’ parlor, and still hangs in the same location to this day. 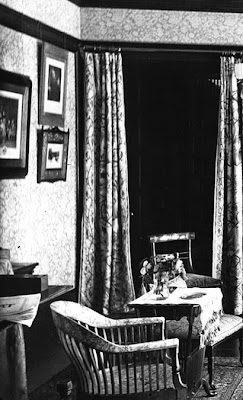 Northeast corner of the Glessner parlor, circa 1890;
the Joachim etching hangs to the left of the door at top

The piece was referenced in an article written about the Glessners’ new home which appeared in the Chicago Times on April 5, 1888.  The article referred to the piece as “a superb etching of Watt’s ‘Joachim,’ the celebrated violinist, the original of which is owned by C. L. Hutchinson.”  The Glessners’ love of music is well known, so it is not surprising that they would have had this picture of the great violinist in their home, but perhaps it was also displayed to serve as an inspiration to their son George, who was actively pursuing the violin at the time.  The same Times article goes on to say, “The chef-d’oeuvre of the room, however, is a genuine Cremona violin, given to a great uncle of Mr. Glessner by a member of Marquise de Lafayette’s staff.  The instrument was repaired in 1710 and still retains its delicate tone, being used constantly by Master Glessner.”

JOSEPH JOACHIM
Joseph Joachim was born in 1831 in the town of Kittsee (now in the Burgenland region of Austria) to parents of Hungarian Jewish origin.   By the age of eight he was studying at the Vienna Conservatory and a few years later became a protégé of Felix Mendelssohn.  One month before his 13th birthday, he performed Beethoven’s Violin Concerto with the London Philharmonic, Mendelssohn conducting.  His performance was praised, firmly establishing his reputation in London and beyond.  Returning to Europe, he performed with the Gewandhaus Orchestra and then served as concertmaster to Franz Liszt for several years.  In 1853 he met the 20-year-old Johannes Brahms, and highly impressed by his abilities, introduced him to his friends Robert and Clara Schumann.  Brahms, Joachim, and Clara Schumann remained life-long friends following Robert Schumann’s death in 1856 and Joachim and Clara Schumann frequently performed together.

In 1869, he formed the Joachim String Quartet, which quickly earned the reputation as Europe’s finest.   He continued to concertize extensively, and many of the leading composers of the day including Brahms, Dvorak, Bruch, and Schumann wrote pieces specifically for him.  Joachim also composed extensively, although few of his pieces are performed today.  In the last few years of his life, he made several recordings, being one of the first prominent violinists to do so.  He died in Berlin in 1907. 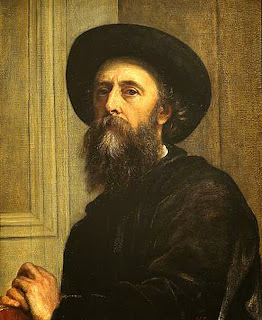 GEORGE FREDERIC WATTS
The etching hanging in the Glessner parlor is based on an oil painting by the English painter George Frederic Watts entitled “A Lamplight Study: Herr Joachim.”  Watts was born in 1817 (on the birthday of George Frederic Handel after whom he was named).  He showed artistic talent at any early age, exhibiting at the Royal Academy by the time he was 20.  In time, he became one of the most popular English painters within the Symbolist movement.  By the 1860s, his work was showing the influence of Dante Gabriel Rossetti in terms of subject and color.  It was during this period that he painted the portrait of Joachim.

Watts was a close friend of Henry Thoby Prinsep, an English official of the Indian Civil Service, an historian of India, and a significant figure of the cultural circles of London.  Watts had arranged for Prinsep to lease the “Little Holland House,” the dower house of Holland House in Kensington, and he lived there with the Prinsep family for more than 20 years.  As noted in the biography of Watts by Jon Ernest Phythian, published in 1906, it was here that the Joachim portrait was painted in 1868:

“Music must not be forgotten; for it gave us one of Watt’s masterpieces.  The portrait . . . of Dr. Joachim, a lamplight study made at Little Holland House, while the great master was actually playing the violin, is the very soul of music: the face is thinking and feeling it; the fingers that lightly hold the bow, and those that touch the strings, are expressing it.” 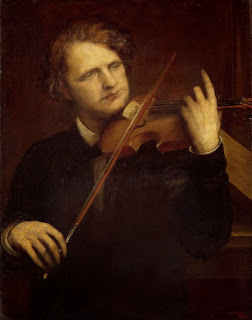 "A Lamplight Study: Herr Joachim"
Collection of the Art Institute of Chicago

Near the end of his life, Watts built a home in Surrey in addition to the Watts Gallery – the first (and now only) purpose-built gallery in Britain dedicated to a single artist.  It opened in April 1904 less than three months before his death, and today contains over 250 oil paintings, 800 drawings and watercolors, 130 prints, 200 sculptures, and 240 pieces of pottery as well as other materials relating to Watts’ life. 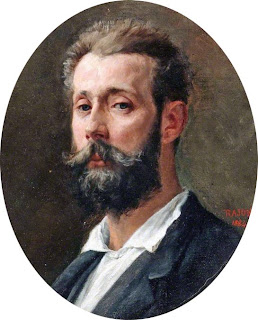 PAUL-ADOLPHE RAJON
The etching was created from the Watt’s painting by the French painter and printmaker Paul-Adolph Rajon (1843-1888).  Rajon began his career as a photographer and studied at the Ecole des Beaux-Arts in Paris.  He then focused on etching, creating new works and copying the Old Masters.  He became well known throughout Europe due to his acquaintance with the New York-based dealer Frederick Keppel (who was the primary source for the Glessners’ etchings, although the Joachim piece was not purchased through his gallery). 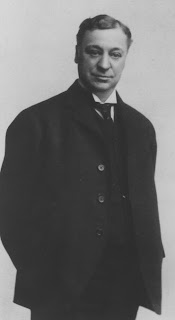 CHARLES L. HUTCHINSON
The 1888 Times article noted that the original Watt’s painting was owned by Charles L. Hutchinson, who was one of the Glessners’ closest friends, and a resident of Prairie Avenue.  A leading Chicago businessman and philanthropist, he is best remembered today for his extraordinary work building up the Art Institute of Chicago as its president, serving from 1882 until his death in 1924.  Two paintings by Watts – “A Lamplight Study: Herr Joachim” (1868) and “Time, Death, and Judgment” (1866) were part of a collection of paintings bequeathed by Hutchinson to the Art Institute; the latter is currently displayed in Gallery 223.

Today, the etching of Joachim remains one of the most significant pieces in the Glessner collection, both for its subject matter and for the artists and collectors who form its rich story.
Posted by Glessner House Museum at 9:01 PM