Mrs. Pullman and her Summer Estate 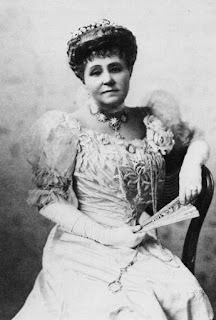 Exactly 100 years ago, the Society and Entertainments column of the Chicago Tribune led with a short article about the coming and going of one of Chicago’s queens of society – Mrs. George M. Pullman.  Dated June 28, 1915, the column was filled with information about Chicago’s elite quickly abandoning the city for their summer estates in locales ranging from Lake Geneva, Wisconsin to various towns along the Atlantic seaboard.

Regarding Mrs. Pullman, the article read:
“Mrs. George M. Pullman left the city yesterday in her private car for Elberon, N. J., where her favorite of four beautiful homes is located.  Her town house on Prairie avenue is closed for the season, having served but a few weeks for her residence on her return from Pasadena, where her western home is located.  Mrs. Pullman has another mansion in Washington, which she did not occupy this winter.” 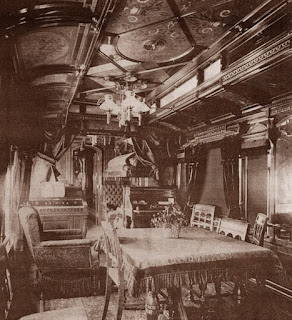 The Pullmans’ primary summer residence was named Fairlawn and was located on Ocean Avenue in the town of Elberon, in the fashionable Long Branch area of New Jersey.  They had first visited the area in the summer of 1871 when they stayed with President and Mrs. Grant.  In September 1873, they engaged the services of architect Henry S. Jaffray, (then actively at work on their Prairie Avenue home), to design their new summer house in Elberon.  Nathan Barrett, the designer who later undertook the master landscape plan for the Town of Pullman, did the landscaping for the expansive grounds.  Through Pullman’s influence, Barrett was ultimately given the commission for the design and landscape plan for the town of Elberon itself. 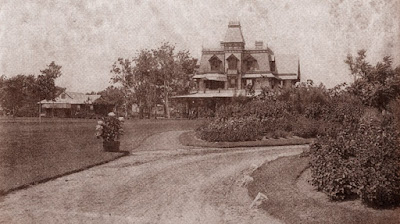 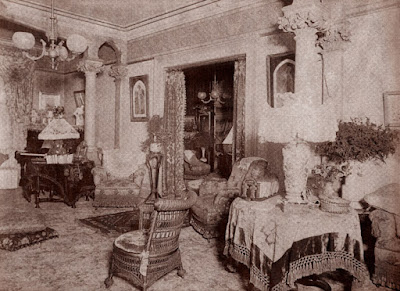 The house was completed by June of 1874 and the family typically arrived each summer in time for the Fourth of July holiday.  During the summer of 1897, the Pullmans discussed the remodeling and enlarging of Fairlawn with Solon S. Beman, the architect of the Town of Pullman, who had also undertaken a number of additions and improvements to their Prairie Avenue home. 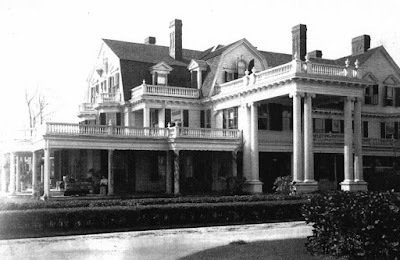 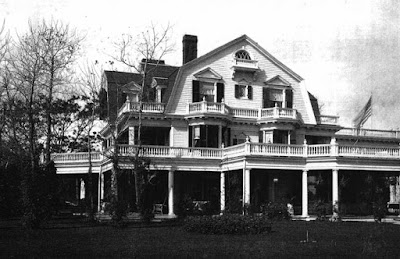 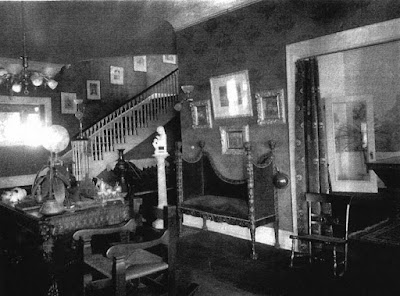 George Pullman died that October, and the rebuilding, in the Colonial Revival style, was not completed until 1900.   By that time, the house was generally recognized as the most spacious and attractive summer estate along that section of the Jersey coast.  Mrs. Pullman continued to travel to her beloved summer estate each year through the 1920 season. 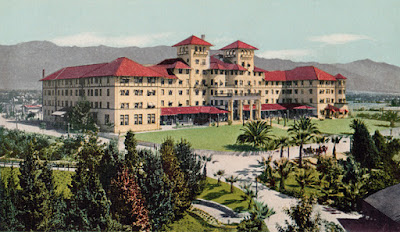 She died on March 28, 1921 in Pasadena, California, where she maintained an extensive suite at the Raymond Hotel, one of the most exclusive winter resorts in the country.  Residents included members of the Rockefeller, Carnegie, and Morgan families.

Next week:  The Pullman house in Washington, D.C.
Posted by Glessner House Museum at 5:05 PM