The Auditorium and Ferdinand Peck 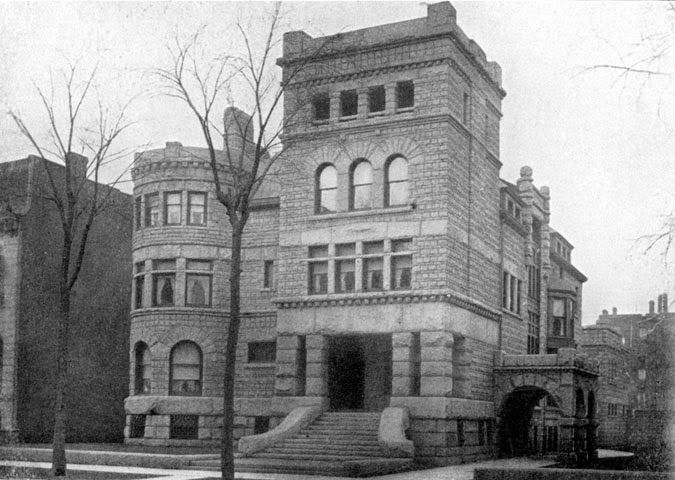 Tuesday December 9, 2014, marks the 125th anniversary of the opening of Chicago’s Auditorium Theatre.  Much has been written about the Auditorium Building, its magnificent theater, the architects Adler & Sullivan who designed it, and its importance in the history of American architecture.  In this article, the 200th published to our blog since we began in January 2011, we shall look at the home of Ferdinand Wythe Peck, the driving force behind this monumental undertaking.

Peck’s family was among the earliest to arrive in what would become the city of Chicago.  His father Phillip F. W. Peck, and mother Mary Kent Peck, arrived at the settlement of 250 inhabitants at the mouth of the Chicago River in 1831 aboard the schooner “Telegraph.”  Phillip Peck became a successful merchant in the rapidly growing city, and by the time of Ferdinand’s birth in 1848, was residing in a fine home at the corner of LaSalle Street and Jackson Boulevard, later site of the Continental Illinois National Bank and Trust Company. 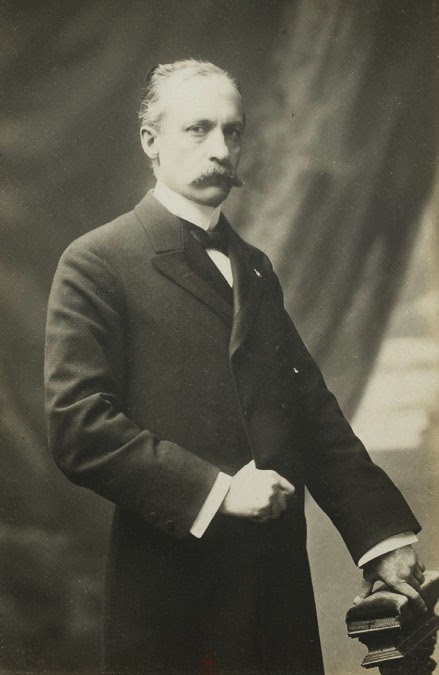 Ferdinand Peck studied law and was admitted to the Chicago bar, but with the advantages of a privileged upbringing, devoted most of his efforts to civic affairs and becoming a promoter of his native city.  He was one of the founders of the Art Institute and a major backer of Chicago’s first opera festival in 1885, which led directly to the idea for the new Auditorium.  He incorporated the Chicago Auditorium Association in 1886 and served as its president.  Peck envisioned not just a grand theater, but the largest and most expensive theater in the world.  The complex would include a hotel and office block to help support the lavish productions anticipated for the theater.  Fellow board members included Marshall Field, George Pullman, Edson Keith, and many other business and social leaders who lived on and around Prairie Avenue on the city’s near South side.

As work continued on the Auditorium Building, Peck engaged William LeBaron Jenney to design a new home for him at 1826 S. Michigan Avenue, in the exclusive residential district where many of his board members resided.  The imposing structure, faced in Vermont granite, featured a massive four-story square tower over the entrance way at the north end, balanced by a three-story rounded tower to the south.  The overall design was Romanesque Revival, later known as Richardsonian Romanesque in honor of its chief practitioner, Henry Hobson Richardson.  Richardson had three structures underway in Chicago at the time including the Marshall Field Wholesale Store, and large homes for Franklin MacVeagh on North Lake Shore Drive, and the Glessner House at 1800 S. Prairie Avenue. 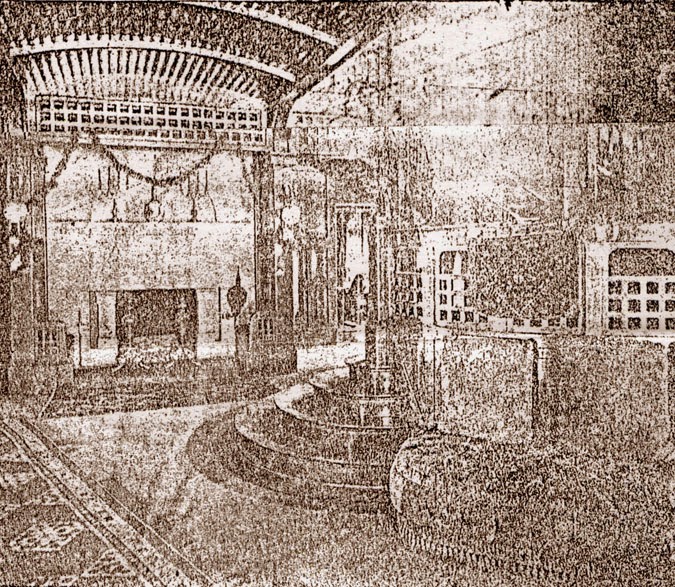 Mr. and Mrs. Peck were anxious to host President Benjamin Harrison at their new 30-room home for dinner following the opening of the Auditorium Theater on December 9, 1889; however the house was far from finished as the time approached.  In the three days leading up to the opening, crews worked 24 hours a day to finish painting the rooms, installing furniture and draperies, and making sure everything was in order to welcome the presidential party.  Friend and neighbor Marshall Field loaned furniture, draperies, and rugs from his store. 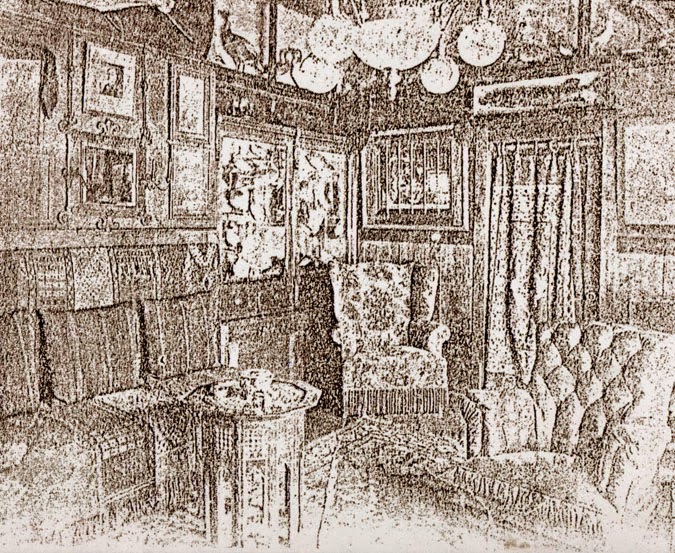 The dinner party at the house went off as planned, with guests including President Harrison, Vice President Levi P. Morton, members of his cabinet, and Adelina Patti, the opera star who had sung “Home, Sweet Home” at the Auditorium dedication.  An oft repeated story states that when President Harrison arrived at the house and exited his carriage, he looked up at the façade of the house, which did bear a strong similarity to the Auditorium Building, and referred to it as the “Auditorium, Jr.” 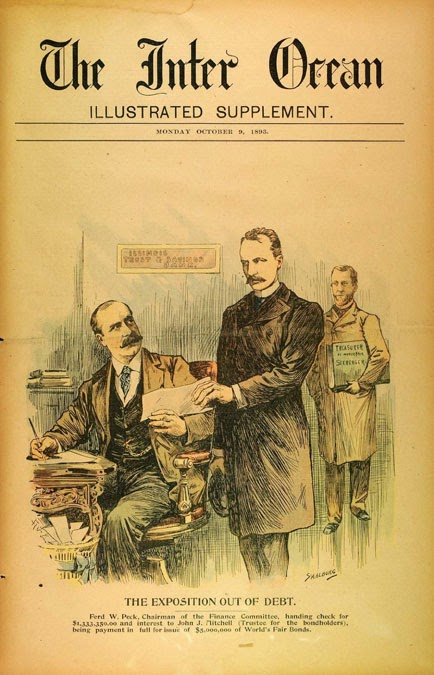 "The Exposition Out of Debt"

Ferdinand Peck, known for years as “Commodore Peck” due to his interest in yachting, remained active in civic affairs, although the Auditorium would always be considered his greatest achievement.  He served as first vice-president and chairman of the finance committee of the World’s Columbian Exposition – one of the few world’s fairs ever to make a profit.  Many important guests were entertained at the Peck home during the Fair, including the Infanta Eulalia of Spain.

A few years later came another president – President William McKinley – who in 1900 appointed Peck as the American commissioner-general to the Paris exposition of that year.  In the years following, many European dignitaries Peck met during that Fair were entertained in his home.

Peck continued to live in his Michigan Avenue house until his death on November 4, 1924, even though the character of the street had significantly changed by that time.  In the early 1900s Michigan Avenue saw a rapid transformation from a fine residential street into what became known as “Motor Row,” with more than 100 automobile dealerships lining the avenue both north and south of the old Peck house.  At least one of those buildings, a beautiful Second Empire style white terra cotta clad building at 1925 S. Michigan, was financed by Peck as an investment in 1911, and was leased to B. F. Goodrich.  (It still stands today and is now part of the Motor Row Historic District). 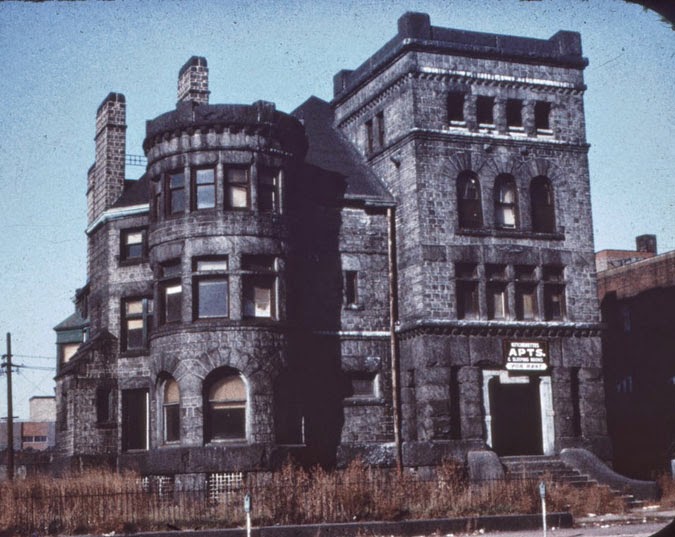 Peck’s widow and son, Ferdinand Jr. remained in the house for several more years, later moving to a spacious apartment at 2238 Lincoln Park West.  The house was sold to another family and was eventually cut up into numerous small apartments.  The last mention of the old house in the Chicago Tribune was in November 1967 when the Auditorium Theater was reopened after a major restoration.  Arthur Johnson, a reporter for the Tribune wrote, in part:

“The mansion, massive and majestic, still stands, as tho in defiance of the commercial buildings surrounding it.  Weeds grow in the front and side yards.  Several windows are cracked or broken and a ‘rooms for rent’ sign is nailed to a post on the front porch.  Ghosts must have walked there last Tuesday night, waiting for the President’s carriage to roll up the side drive after the opening performance at the Auditorium.  The night passed, however, with nothing to disturb the pigeons that roost under the canopy at the stately side entrance but a stray dog or perhaps a derelict looking for a place to sleep.” 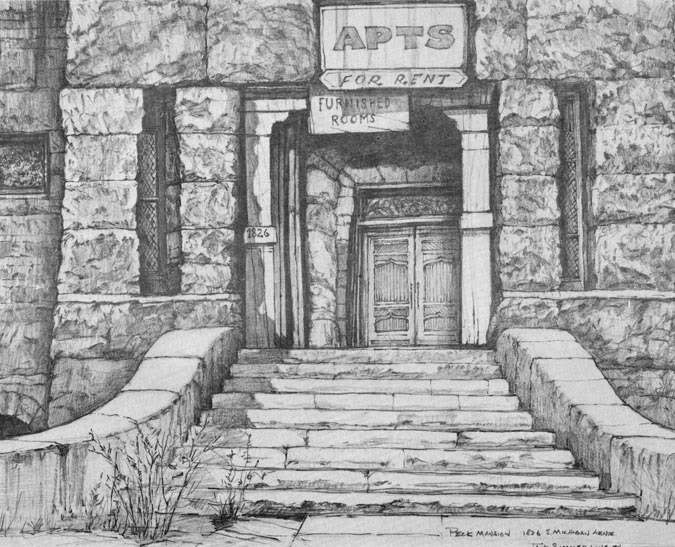 From an original sketch by Jack Simmerling, 1974

The house fell to the wrecker’s ball two years later, in 1969.  Today the site is part of a large townhouse development known as Michigan Avenue Gardens, constructed in 1998.  Peck’s house may be gone, but his greatest achievement – the Auditorium – is his lasting and enduring legacy to his beloved city of Chicago.
Posted by Glessner House Museum at 9:29 PM