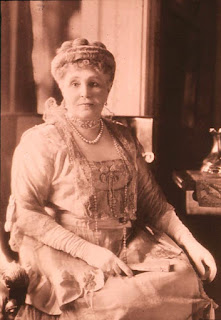 In last week’s article, we noted an excerpt from the June 28, 1915 Chicago Tribune about Mrs. George Pullman departing Chicago to spend the season at her summer estate in Elberon, New Jersey.  The article also noted, “Mrs. Pullman has another mansion in Washington, which she did not occupy this winter.”  That reference was to her largest home of all, which she had actually already sold by 1915. 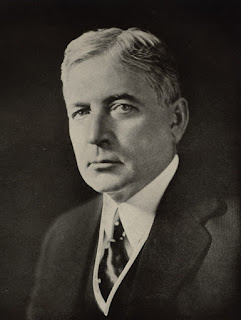 The Pullmans’ daughter Florence was united in marriage to Frank O. Lowden in 1896.  Lowden was actively involved in the Republican Party, and rose in stature when he campaigned for William McKinley in 1900.  From 1906 to 1911, Lowden served in the U.S. House of Representatives, and lived in Washington, D.C. during that time.  Lowden had high aspirations for political office, including the Presidency, so Mrs. Pullman took steps to ensure he and his family would have an appropriate home in the nation’s capitol. 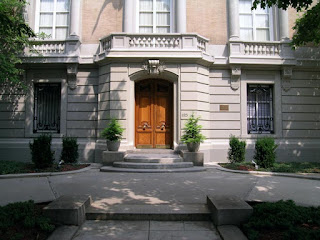 In February 1909, Mrs. Pullman purchased a lot at 1125 16th Street NW, just three blocks from the White House.  She hired the prominent architect Nathan Wyeth to design the 64 room house, which cost over $350,000 to construct.  Wyeth had just designed the new West Wing and Oval Office of the White House, and would soon be hired to design a home in DC for Secretary of the Treasury Franklin MacVeagh (a Chicago friend of the Pullmans). 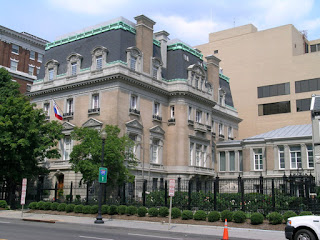 The exterior of the four-story Pullman house was clad in limestone on the ground level, with Roman brick facing the second and third stories. 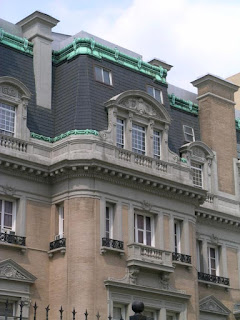 The fourth story was set behind a massive slate-covered mansard roof.  The interior was grand on a scale that far exceeded the Pullman house on Prairie Avenue in Chicago. 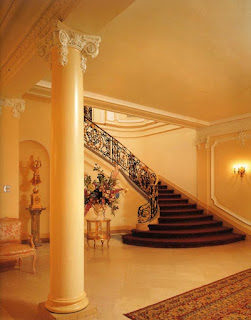 The imposing entrance hall was designed for the large and elegant receptions Mrs. Pullman envisioned for her daughter and son-in-law. 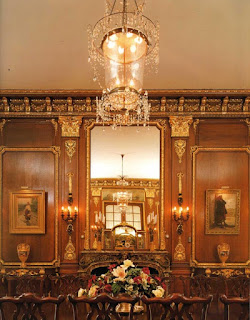 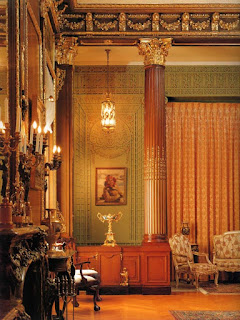 The oak paneled dining room was among the largest rooms in the house.  As construction was proceeding, she made trips to Europe, bringing back large quantities of antiques and decorative arts to furnish the massive home. 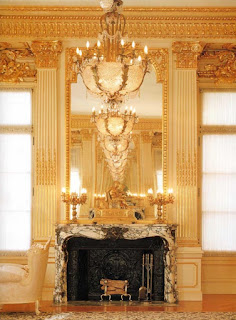 The grandest space of all was the enormous gold and white ball room or grand salon, reminiscent of her own Chicago drawing room.

But alas, Mrs. Pullman’s plans for her son-in-law didn’t come to pass.  Frank Lowden was taken ill, and didn’t run for reelection, leaving Washington, D.C. at the conclusion of his second term in the House in March 1911.  Mrs. Pullman had also been ill, and ultimately no one in the family ever lived in the mansion.

In May 1913, she sold the house and furnishings to a buyer who within a few months sold it to the Imperial Russian government for use as their new embassy.  Most of the original furnishings were removed in 1917 when the Ambassador fled to Paris. 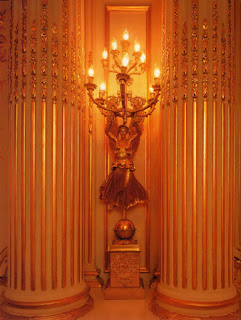 In the 1930s the house was redecorated by Eugene Schoen & Sons of New York, who refused to alter the grand salon, “down to the last hair of the last cupid.”  It remains in use as the Russian Embassy to this day.

Note:  Frank O. Lowden went on to serve as governor of Illinois from 1917 to 1921.  In 1920, he was a leading candidate for the Republican nomination for president, but ultimately lost to Warren G. Harding.  He declined the vice presidential nomination in 1924.