On April 16, 1966, twenty individuals signed a resolution creating the Chicago School of Architecture Foundation.  Out of that organization evolved both Glessner House Museum and the Chicago Architecture Foundation, entities that champion and celebrate the rich architectural tradition in Chicago, past and present.  As we commemorate the 50th anniversary of that milestone event this week, we pause to honor those individuals whose foresight and vision saved H. H. Richardson’s iconic Glessner house, launched the successful preservation movement in our city, and made Chicago a destination for architectural enthusiasts from around the world.

Glessner House is Threatened
For twenty years, Glessner house was occupied by the Lithographic Technical Foundation, but by early 1965 that organization had relocated to Pittsburgh and the building was put up for sale.  The early 1960s had been a period of extraordinary challenge and frustration for those attempting to preserve Chicago’s rich architectural heritage.   Among the chief losses was Adler & Sullivan’s Garrick Theater on Randolph Street, demolished in 1961.

The fate of the Glessner house was known as early as November 1963, when several individuals met with representatives from the Foundation to discuss the future of the building.  Among those at the meeting were Wilbert Hasbrouck, chairman of the Preservation Committee of the Chicago Chapter of the American Institute of Architects (CCAIA); Joseph Benson, Secretary of the Commission on Chicago Architectural Landmarks; and Marian Despres, wife of Alderman Leon Despres, and the daughter of architect Alfred Alschuler.  Hasbrouck reported back to Jack Train, president of CCAIA:

“Regardless of what final use is made of this building, I feel the AIA must take a major advisory role in its disposition.  The Glessner House is too important a structure to go the way of the Garrick.”

On January 31, 1965, the Chicago Tribune published an article noting that the future of the house was in jeopardy, but quoted several individuals who recognized that the house was simply too important to lose.  Wilbert Hasbrouck noted that the building would make a perfect museum of Chicago architecture.  Joseph Benson also expressed concern and noted that it was one of 38 buildings in the city to be designated a landmark.  But Marian Despres noted that the landmark designation was purely honorary, and did nothing to protect the building from demolition. 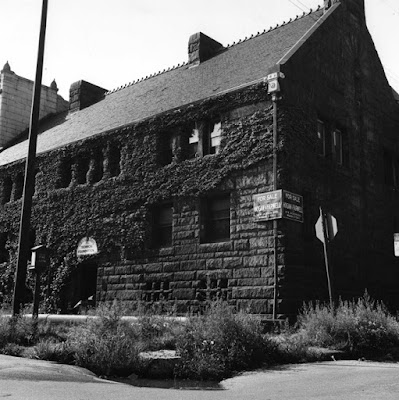 Individuals Come Together
Many of those involved in saving Glessner house were well acquainted with each other by the time the house went up for sale.  Leon and Marian Despres and others had rallied together to save Frank Lloyd Wright’s Robie House when it came under threat of demolition in 1957.  That successful effort led to the formation of Chicago’s first preservation group, the Chicago Heritage Committee, co-founded by architect Ben Weese.  Soon after, Alderman Despres proposed an ordinance creating an historical and architectural landmark commission which awarded landmark status to 38 buildings in 1960, including Glessner house.

In 1960, Weese, Despres, and Hasbrouck joined others, including photographer Richard Nickel and architect John Vinci, to march together in a picket line to save the Garrick Theater.  Although their efforts proved unsuccessful, it brought these like-minded individuals together and the preservation movement gained momentum. 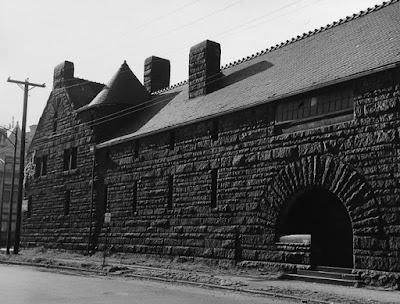 Worthy of Architects’ Praise
Ben Weese recalled that in the early 1960s, he spent the day escorting the world famous architect Alvar Aalto around Chicago, showing him the buildings of Louis Sullivan and Frank Lloyd Wright.  Aalto appeared only mildly interested.  But when the two pulled up in front of Glessner house, Aalto stepped out onto the sidewalk and stood transfixed, studying the building for over an hour.

In March 1965, Weese and his brother Harry took architect Philip Johnson to see Glessner house.  Johnson praised the building, and was especially taken by the floor plan which oriented the major rooms toward the private south-facing courtyard.  He offered to pay half of the purchase price of $70,000 if those in Chicago could raise the other half, but later rescinded the offer when “the horrid question of maintenance came up.”  In spite of that, however, Johnson was quoted in June 1966 as saying “Glessner House is the most important house in the country to me.”

The Weeses Search for Funds
Ben and Harry Weese continued to search for funds to purchase and maintain the house throughout 1965 and into early 1966.  In a letter to selected Chicago architects, Harry Weese laid out the purposes of the proposed organization that would acquire Glessner house:

“To establish the first architectural organization in the country, at the birthplace of modern architecture, in a historic and architecturally significant building.

“To create a unique institution to become the center of architectural history, a staging point for tours, a place to sell books and literature, a gallery, a museum for artifacts in the courtyard.”

Others Express Interest
At the same time that these architects and preservationists were attempting to raise the funds to purchase the house, four young men, working independently, had also learned of the house and decided to find a way to purchase it.  Richard Wintergreen and Jim Schultz were draftsmen in the office of Mies van der Rohe.  Wayne Benjamin, a businessman in finance, had met Wintergreen at the University of Illinois, and Paul Lurie, an attorney, became acquainted with Wintergreen through his fiancée.  The four men formulated their idea to save the house over dinner at Pizzeria Due, ironically housed in a late 19th century mansion. 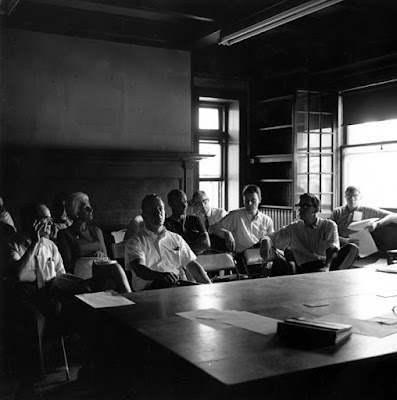 The Chicago School of Architecture Foundation is Organized
On April 6, 1966, the Weese brothers announced publicly that they would pledge $10,000 toward the purchase of Glessner house.  The same day, Richard Wintergreen wrote to Philip Johnson alerting him to the fact that he and his three friends had formed a group to purchase the house.  Johnson suggested that Wintergreen’s group coordinate their plans with the Weeses, and from that point on, all those working to save Glessner house worked together.

The first order of business was to raise the funds needed to purchase the Glessner house.

Additional articles will be posted throughout our anniversary year highlighting the efforts of our founders in purchasing and preserving what survives today as Glessner House Museum.