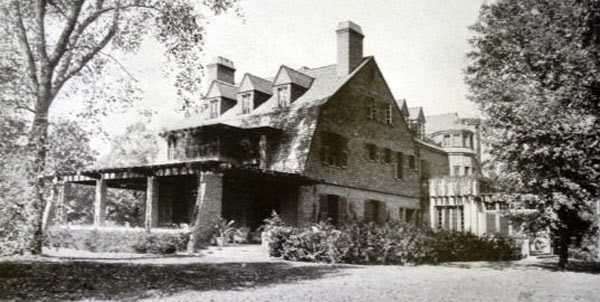 On November 8, 1914, John Glessner made the following entry in his wife’s journal about their visit to the Lake Forest home of Cyrus McCormick Jr.:

“Frances and Emily came last Sunday just as we were starting to Lake Forest by motor.  Mrs. McCormick had telephoned that her chauffeur would meet us at farther edge of Fort Sheridan and convoy us to her house.  On arrival we were first taken around Lake Forest somewhat, then dinner where we met Mrs. McCormick the elder, and Dr. McDonald, editor of Toronto.  After dinner we were taken down the ravine to the Lake and then to Harold’s great house (Villa Turicum), all splendid even in its put away clothes.  Mr. and Mrs. McCormick were very attentive and hospitable, the meal was elaborate and their lives seem complicated, or rather their method of living.  The day was very pleasant.”

The North Shore home of McCormick and his wife Harriet was known as Walden, the name inspired by Henry David Thoreau’s Walden, detailing his two years of simple living amidst natural surroundings at Walden Pond.  Although the McCormicks embraced the idea of “simple” living, their property encompassed more than 100 acres, and was generally regarded as the finest landscaped estate in all of Lake Forest.  It was situated along the shore of Lake Michigan immediately north of what is now Westleigh Road and Harold McCormick’s Villa Turicum. 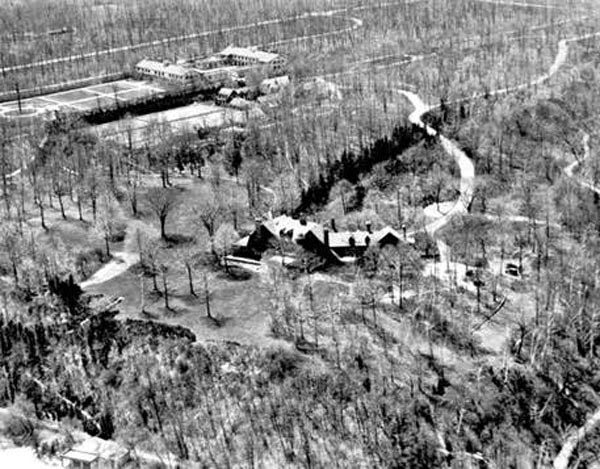 Looking southwest across the estate, Walden at center,
Villa Turicum at upper left

The main house, a large yet informal structure, was designed in 1896 by architect Jarvis Hunt in the shingle style, to blend into its natural surroundings.  Hunt had come to Chicago to work on the World’s Columbian Exposition, and later designed the Great Lakes Naval Training Station.  He was the nephew of Richard Morris Hunt, the architect of both the Marshall Field and John Borden houses in Chicago, as well as homes for the Vanderbilts in New York, Newport, and Asheville, NC. 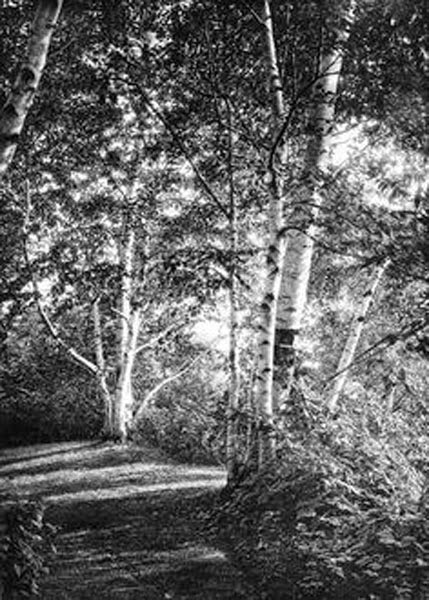 The extraordinary grounds of Walden were the design of landscape architect Warren Manning, who also came to Chicago for the Exposition while working for Frederick Law Olmsted.  Manning worked closely with Harriet McCormick, who studied botany at Lake Forest College and later helped found both the Lake Forest Garden Club and the Garden Club of America.

The site, with its dramatic deep ravine provided ample opportunity for expressing Manning’s ideas on landscape design and he returned annually for the next 40 years to direct changes to the landscape as it evolved over time. 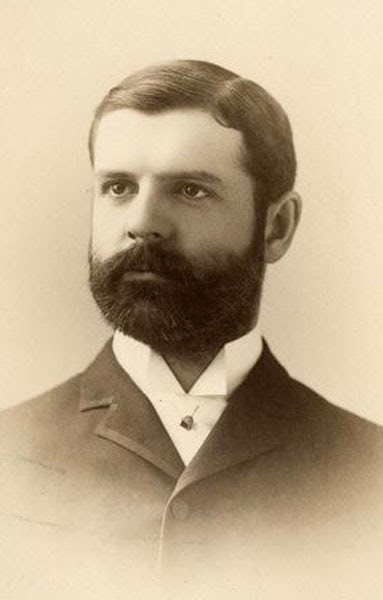 Cyrus McCormick Jr. was the eldest son of Cyrus McCormick, and assumed the presidency of the McCormick Harvesting Machine Company at the death of his father in 1884; Cyrus Jr. was just 25 years old at the time.  He held the position until 1902 when McCormick’s firm, John Glessner’s firm, and three others merged to form International Harvester at which time the two men went from being competitors to officers of the new corporation.  McCormick Jr. shared the Glessners’ love of music and is credited with bringing Prokofiev to the United States.   His city house was located at 50 E. Huron in an area then known as “McCormickville” for the number of residences occupied by members of the family.  In 1914, the year that the Glessners visited Walden, McCormick purchased the former Patterson house at 20 E. Burton Place, designed by McKim, Mead and White in 1893, and later enlarged by David Adler for McCormick.

Harriet Hammond McCormick married Cyrus in 1889 and quickly made a name for herself by insisting on improving the conditions of the workers at her husband’s factory.  In addition to this important work in promoting industrial welfare, she became an active suffragette, and a leader in the work of the Y.W.C.A., the Infant Welfare Society of Chicago, and the Visiting Nurse Association.  Her organizational affiliations included the Fortnightly and the Colonial Dames, both of which counted Mrs. Glessner among their membership. 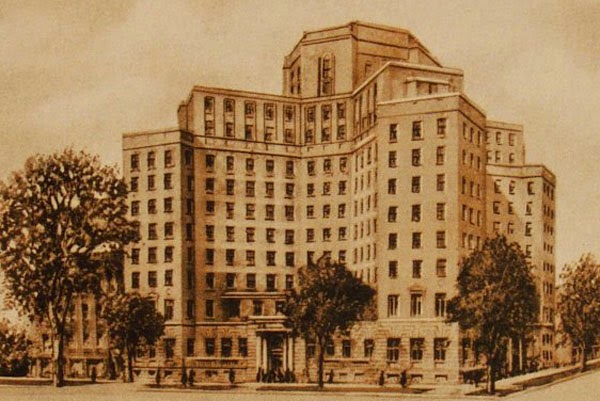 After her death in 1921, the Y.W.C.A. constructed the Harriet Hammond McCormick Memorial Building at 1001 N. Dearborn (demolished 2005).

The year before the Glessners visited, the house was significantly expanded by Schmidt, Garden and Martin, working with Lawrence Buck.  The image of the house at the top of the article was taken shortly after that project was completed.

Cyrus McCormick Jr. died in 1936 (the same year as John Glessner).  His second wife Alice Holt McCormick had the main house demolished in 1955, but several elements of the original estate survive. 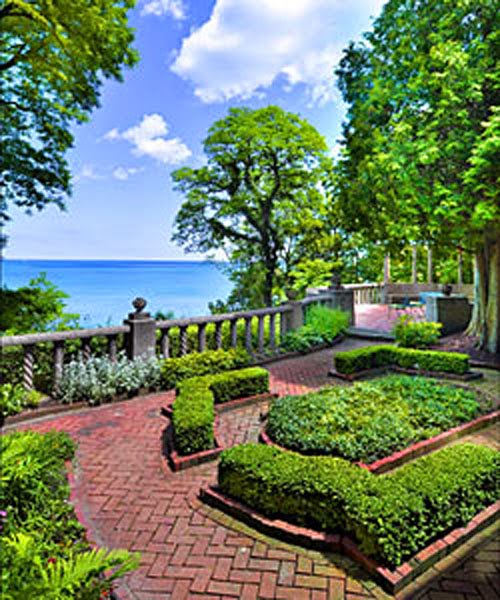 One of these, known as the Ravello, is a terraced overlook near the southeast corner of the original property, inspired by a visit that Cyrus and Harriet McCormick made to Ravello, a town above the Amalfi coast in Italy.  The terrace remains, now juxtaposed with a modernist house constructed in 1960. 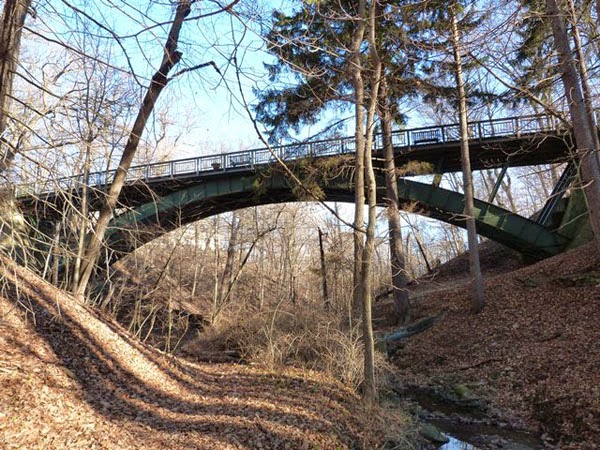 Another structure to survive is the dramatic bridge over the ravine, the design of which was conceived by Cyrus McCormick Jr.  The bridge is supported atop a huge arch with supports radiating like spokes on a great wheel, and would have been crossed by visitors entering the estate on their way to the main house. 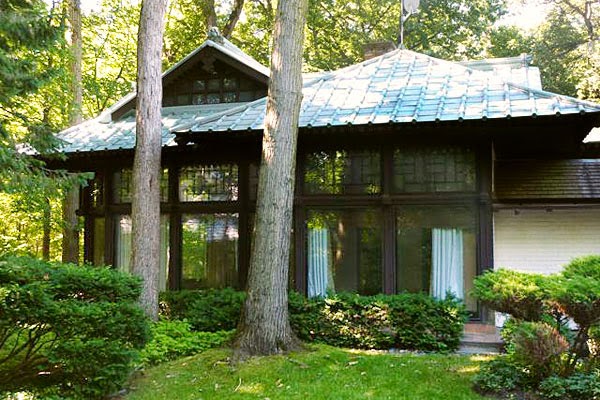 A third survivor of the original estate is a charming Japanese-inspired teahouse, constructed in the 1920s for Alice Holt McCormick.  The architect was Dwight Perkins who created an authentic teahouse substituting the traditional bamboo walls with glass and wood.  It was acquired in the 1950s by a descendant of C. D. Peacock, who hired architect I. W. Coburn to convert the structure into a home, adding a large addition and utilizing the teahouse as a “great room” or enlarged living room.

Further information on the estate can also be found in Classic Country Estates of Lake Forest: Architecture and Landscape Design 1856-1940, co-authored by Kim Coventry, Daniel Meyer, and Arthur Miller in 2003.
Posted by Glessner House Museum at 4:06 PM