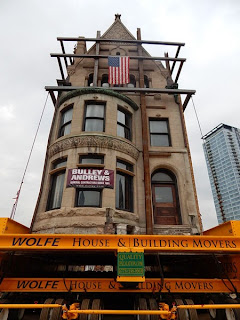 The long awaited move of the landmark Harriet F. Rees house at 2110 S. Prairie Avenue was completed on November 11 and 12, 2014.  A large crowd of curious onlookers and neighbors gathered in the cold and rain to watch the relocation of what is believed to be the heaviest house ever moved in U.S. history.

Months of preparation went into planning every last detail of moving the 762 ton house approximately 400 north to its new site at 2017 S. Prairie Avenue.  The project was overseen by Bulley & Andrews, a highly regarded Chicago firm founded in 1891, just three years after the Rees house was built.  Wolfe House and Building Movers performed the move of the house, with Iron Workers, Machinery Movers, Riggers & Machinery Erectors Local #136 providing the necessary labor.

The Rees house was the last surviving mansion on the 2100 block of Prairie Avenue and measures 25 feet wide, 72 feet high, and 95 feet long.  The house was lifted from its foundation into a protective steel-beam cage and transported on 29 massive motorized dollies.  The total weight of the house with its rolling hydraulic dollies and steel frame was 1,045 tons.  (By comparison, the Clarke House Museum, moved in 1977, weighed a mere 120 tons).  On day one, the house was moved north to Cullerton Street where the dollies were all repositioned.  On day two, the house was reversed and slowly turned 90 degrees onto its new site.  This was the most challenging part of the move, with the house and its exoskeleton clearing the adjacent structures by just inches.  Now that the house is in position, the dollies will be removed, the foundation walls completed, and the steel framing and wood cribbing all removed.

The move attracted major media attention, including all major Chicago TV stations, several newspapers, and numerous radio stations and blogs.  Total cost of the move was over $8 million, including nearly $2 million to acquire the new lot.

The relocation will make room for the McCormick Place Entertainment District, which will include a 10,000-seat event center on the block bounded by Prairie Avenue, 21st Street, Indiana Avenue, and Cermak Road. 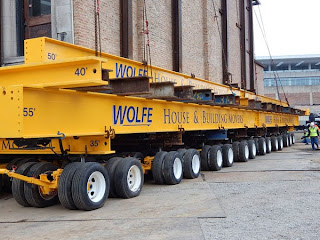 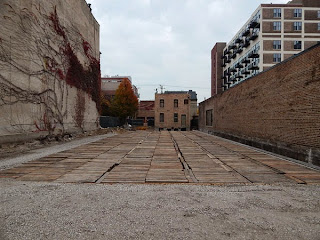 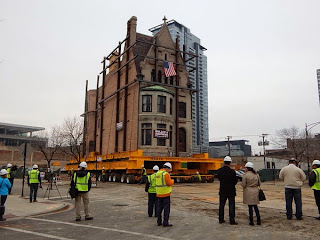 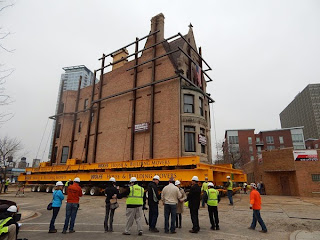 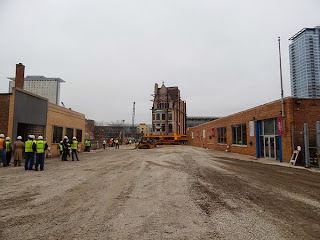 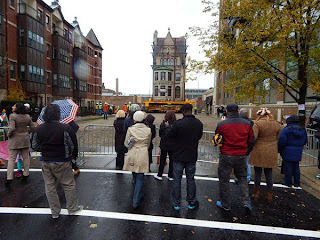 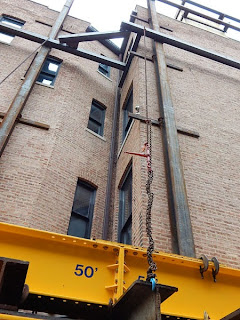 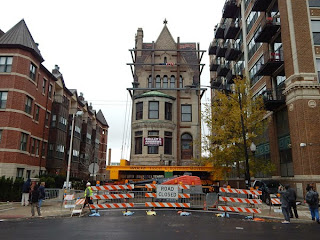 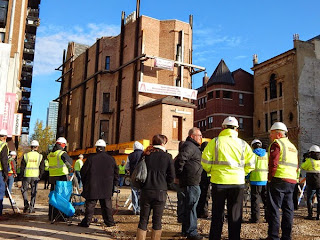 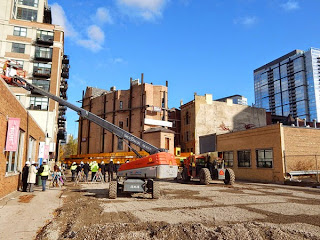 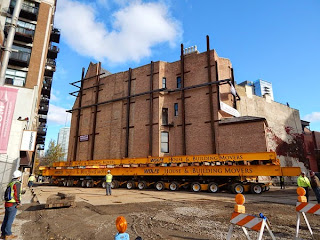 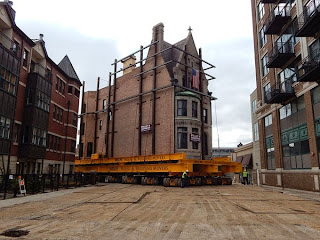 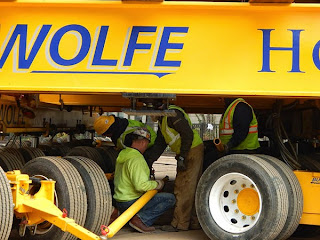 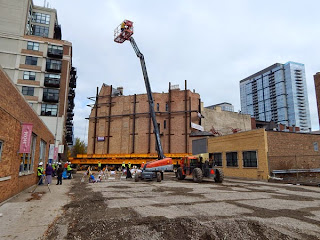 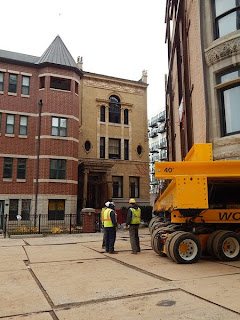 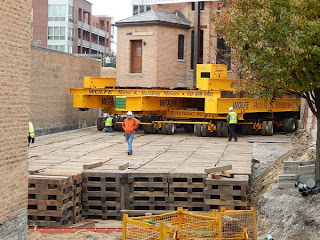 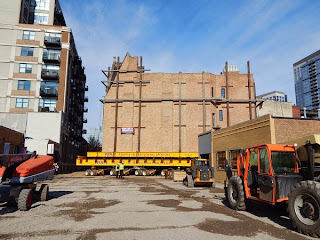 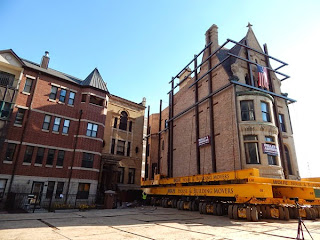 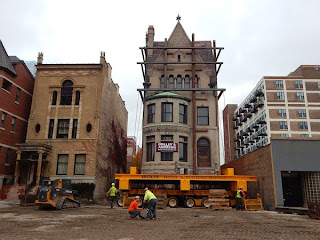