The Rees House and the Changing Face of Prairie Avenue 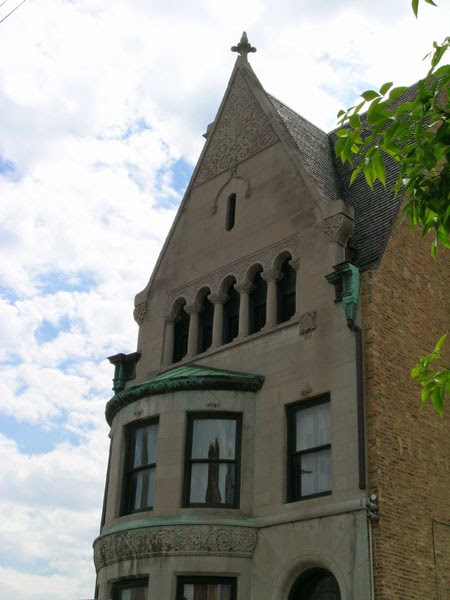 Hundreds of community residents packed into Second Presbyterian Church at 1936 S. Michigan Avenue on Monday April 14, 2014 for a meeting sponsored by the Prairie District Neighborhood Alliance.  The major topic of the evening was the new DePaul Arena to be built on the north side of Cermak Road between Prairie and Indiana avenues, along with a convention hotel and data center on the block to the east between Prairie and Calumet avenues.

The project has raised the concern of preservationists since discussions first began well over a year ago.  At the center of the concern are two landmarked structures – the Harriet Rees house at 2110 S. Prairie Avenue, and the American Book Company building at 320 E. Cermak Road.  The good news reported at the meeting was that both structures will be preserved, although the Rees house will need to be moved. 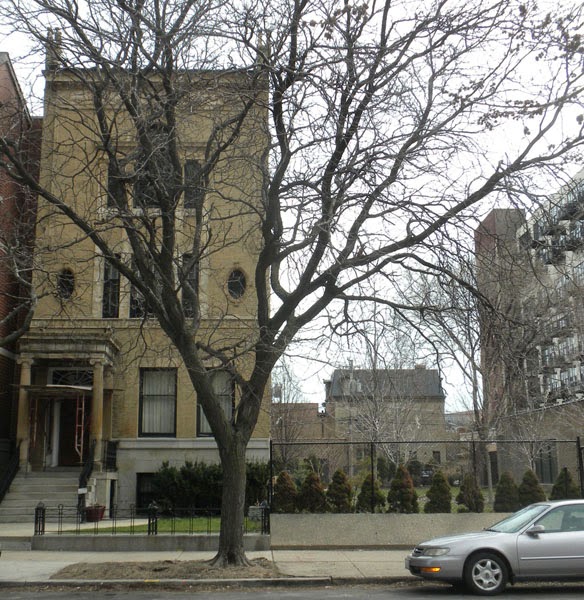 At right - new site for the Rees house;
At left - William Reid house

On April 3, the Landmarks Commission approved a plan to relocate the Rees house approximately 400 feet to the north and across Prairie Avenue to a new site at 2017 S. Prairie Avenue.  That site is immediately south of the William Reid house (2013 S. Prairie Avenue), a similarly scaled rowhouse built in 1894, and, like the Rees house, the only surviving house on its block.  The move is scheduled to take place in July. 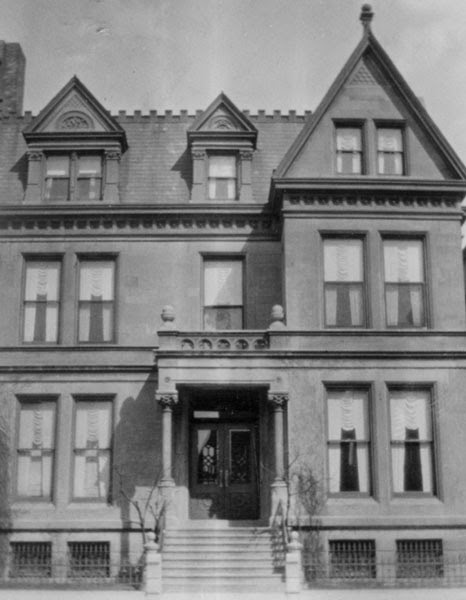 The William Armour house, built in 1881, originally stood at 2017 S. Prairie Avenue, and was razed about 1956 to create a parking lot.

The 2100 block of Prairie Avenue looking northwest, 1890s;
the Rees house is second from the left

The Rees house was built in 1888 for Harriet Rees, the widow of James H. Rees, a prominent real estate man whose abstract business was one of the companies that eventually merged to form Chicago Title and Trust Company. 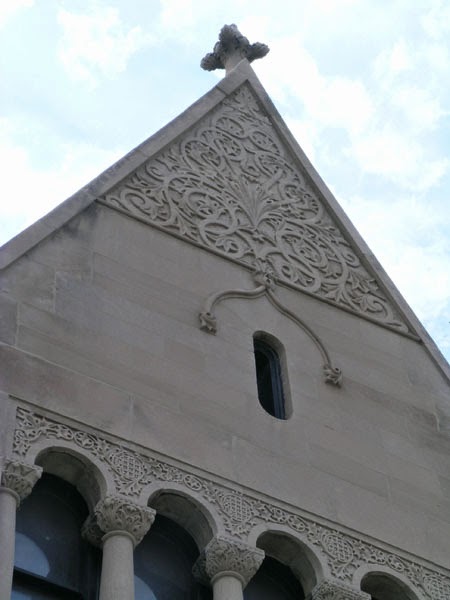 The architectural firm of Cobb & Frost, which designed several homes in the neighborhood, combined smooth limestone and Sullivanesque style ornamentation with Romanesque massing and form.  The result is a stately and elegant façade, tall and narrow, that would have fit in perfectly with its stylish neighbors occupied by the Sherman, Kimball, and Rothschild families.  An interesting feature of the house was a manually operated elevator used by the aging widow to access the upper floors of the house; it remains in place to this day.

After the death of Harriet Rees, the house was purchased by Edson Keith, Jr., who had grown up in his father’s house at 1906 S. Prairie Avenue.  The Keith family resided here until 1916, when daughter Katherine married architect David Adler.  By 1920, the home had been converted to a boarding house and was later used as offices. In the 1970s, the Prairie House Café operated out of the old mansion.  It reverted back to apartments until 2001, when it was purchased by the Martorina family and extensively restored, earning landmark designation in 2012. 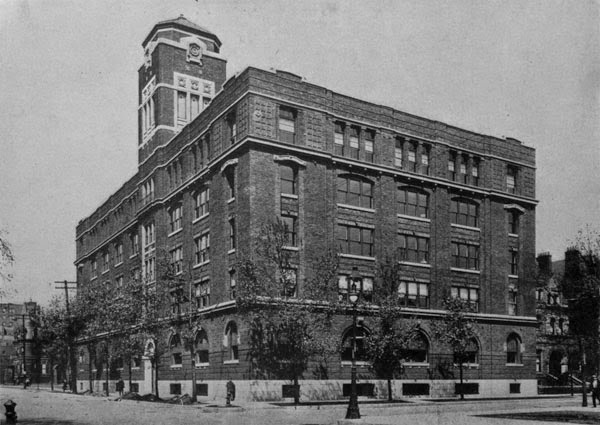 The American Book Company building (frequently referred to as the ABC building) was built in 1912 at 320 E. 22nd Street (now Cermak Road), and was designated a Chicago landmark in 2008. 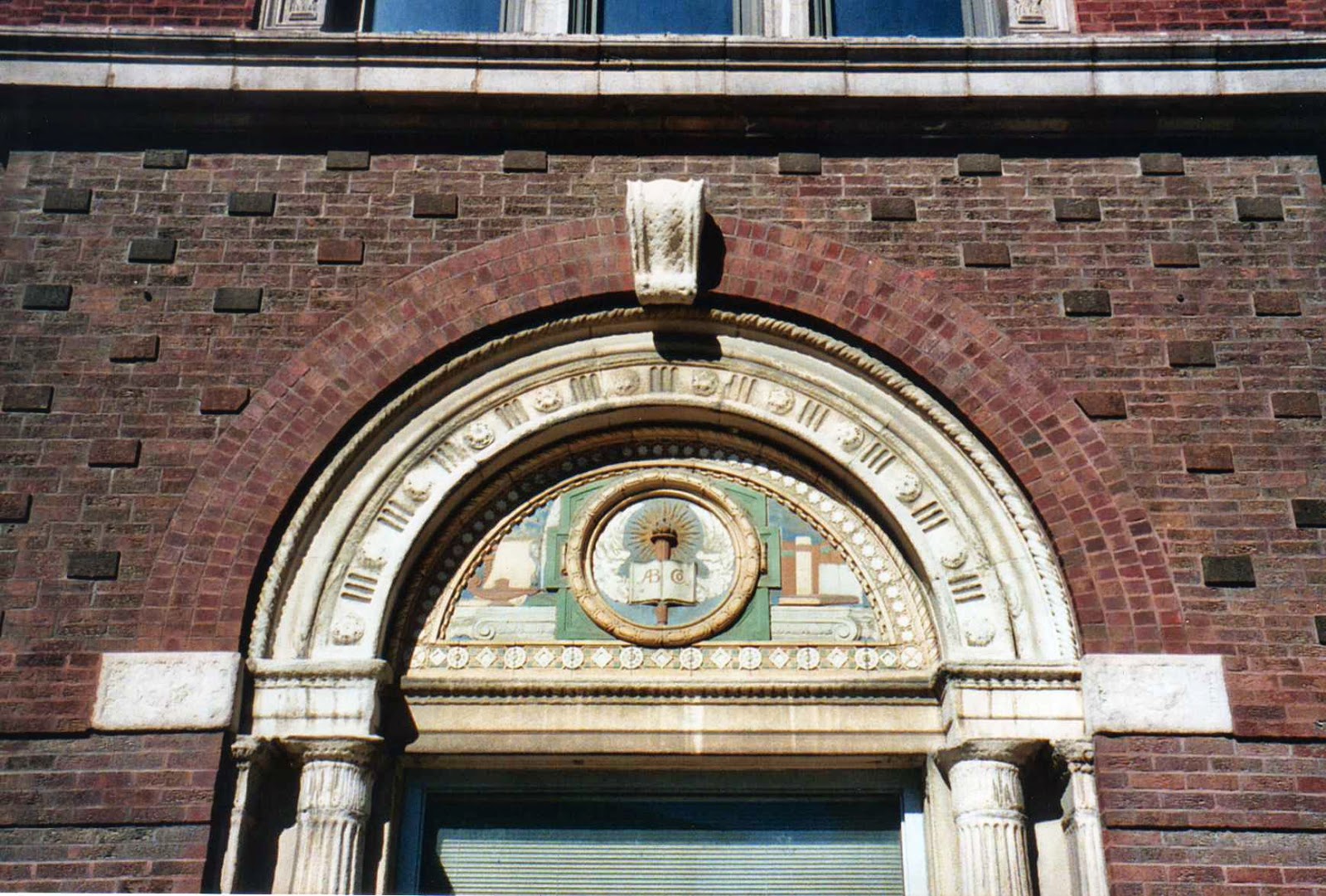 Architect N. Max Dunning designed an elegant but functional building of five stories with classical terra cotta and stone trim, and an imposing tower directly over the main entrance.  The building was acquired by R. R. Donnelley and Sons in 1938, which desperately needed to expand their operations to accommodate the printing of Time and Life magazines, along with catalogs for Sears and Montgomery Ward.  A new 1,200 room Marriott Marquis is planned for the site to the west of the ABC building, and the ABC will be converted into hotel ballrooms, meeting spaces, and offices, with the first floor housing retail establishments. 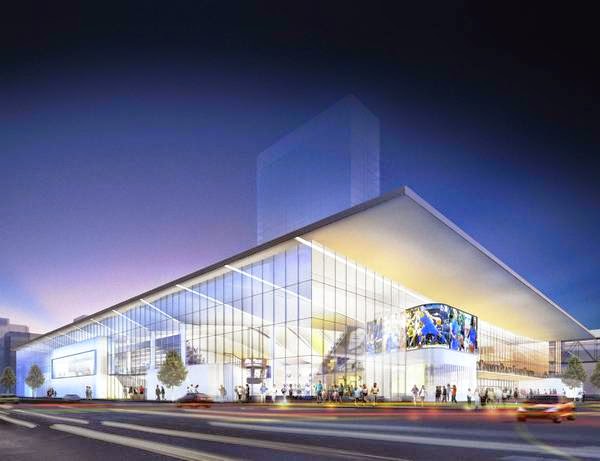