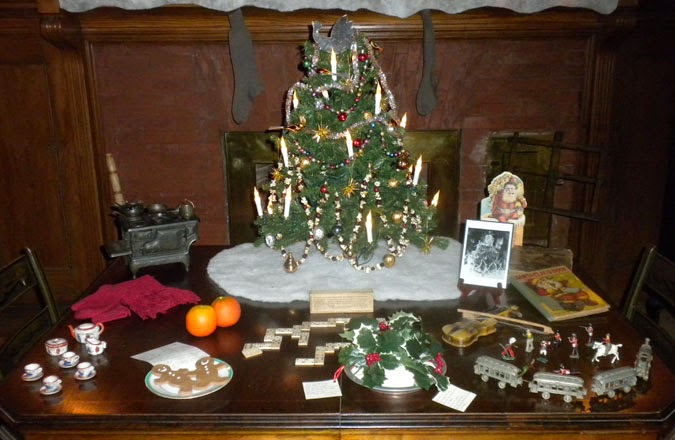 With Christmas just three days away, we take a look at a Glessner Christmas tradition that delighted George and Fanny in the first years they lived in their home on Prairie Avenue.  The custom was known as the “Christmas pie.” 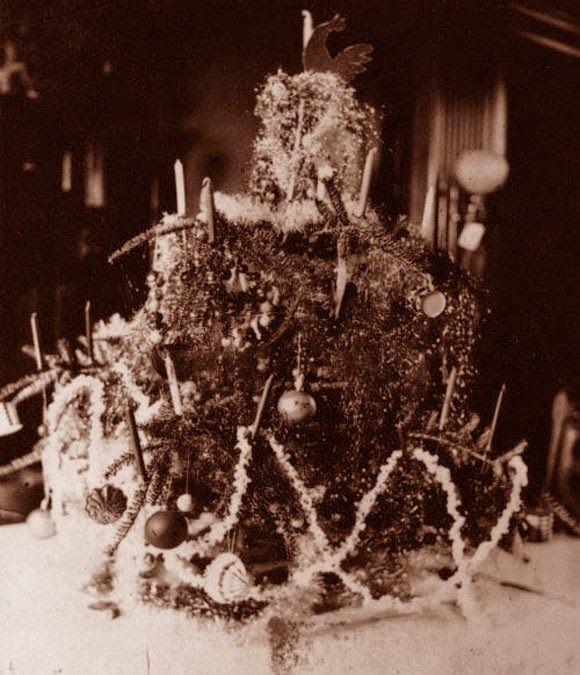 Frances Glessner references the pie in her entry for Christmas 1888:
“We all hung up our stockings and trimmed our pretty little tree just three feet high.  It stands on the table in the school room.  I filled the stockings.  Christmas morning we were roused by Fanny bringing in our stockings . . . We had a lovely Xmas pie covered with holly and smilax.  The presents were buried in the tin pan in rice.  We had a great deal of sport pulling them out, the labels hung out.  There were rhymes on each one.”

The idea of a Christmas pie was not unique to the Glessners.  The tradition dates back to the early 1700s if not earlier as referenced in the well known English nursery rhyme “Jack Horner’s Christmas Pie”:
Little Jack Horner
Sat in the corner,
Eating a Christmas pie;
He put in his thumb,
And he took out a plum,
And said,
What a good boy am I! 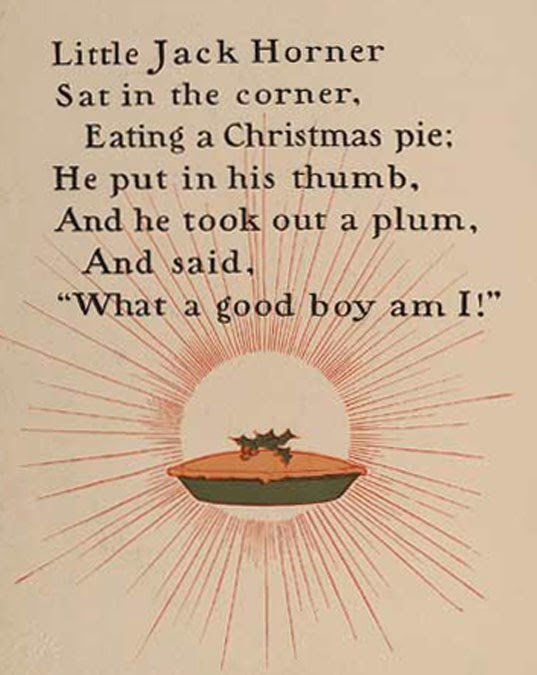 The idea was further popularized in a book entitled “Christmas Pie” published in 1879 by Ella Maria Baker.  Many of the references to other Christmas pies indicate that it was a more traditional pie made to be eaten, with toys baked inside.   A story by Mrs. Etta Austin Blaisdell McDonald published in “Rhyme and Story Primer” in 1916 indicates that the main purpose of the pie may have actually been the toys inside, and not so much as a dessert.  She wrote:
“Jack Horner’s grandmother made a big pie for him.  It was a Christmas pie.  She put the pie on the table.  The pie was not good to eat.  It was in a big dish.  Jack’s grandmother put toys in the Christmas pie for the children.”

Some pies were clearly made not to be eaten.  In 1908, the educational guide “Primary Plans” published ideas for a Christmas pageant in which it was suggested that a Christmas pie be made in a large washtub and filled with toys, fruit, and candies.  It was large enough to hold a small child, dressed as a fairy, who would pop out at the appropriate moment.  The pie was covered with heavy brown paper painted to look like the actual top of a pie.

In 1889, John Glessner wrote a poem about the Christmas pie:
“Dear Christmas pie –
The pie’s the thing
Its praises sing
All you and I.

In depths of rice
Are many things nice
Pray put in your thumb
And pull out a plum
And read what is writ without changing its meaning.”

Glessner cleverly included the names of two poets in his poem.  Browning is a reference to the great English poet Robert Browning (1812-1889) who had died just days earlier.  Whiting is a reference to William Whiting (1825-1878), an English writer and hymnist, who also published two collections of poetry.  He is best remembered today for his 1860 hymn “Eternal Father, Strong to Save” which in the late 1870s was adopted by the U.S. Navy as their official hymn.  Blueing and Greening were simply added in humor as the names of the two poets were also the names of colors. 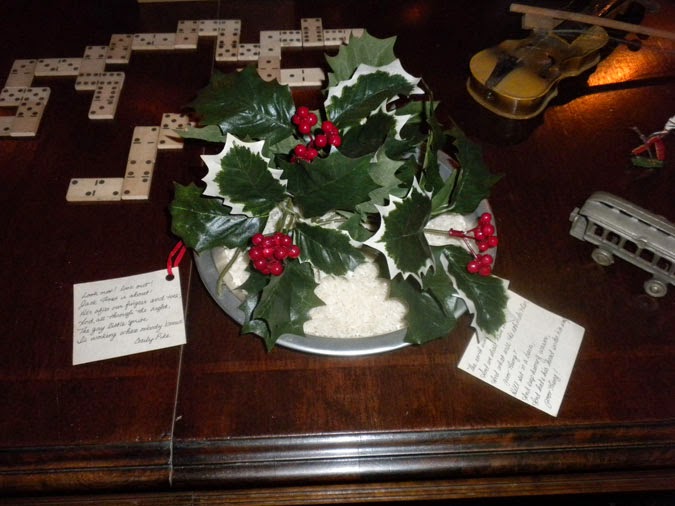 Today, a recreated Christmas pie occupies a place of honor every year in front of the small table top Christmas tree in the Glessner schoolroom.  Next time you visit the museum, be sure to notice it and reflect on this charming custom from Christmas past.
Posted by Glessner House Museum at 12:18 PM