An Encounter with Poet Robert Frost 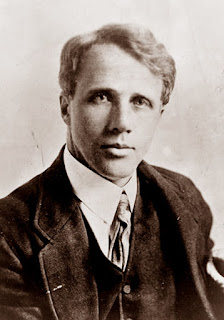 Exactly 100 years ago, members of the Glessner family were enjoying their bucolic summer estate, The Rocks, in the White Mountains of New Hampshire.  John Glessner noted in the journal for Sunday, August 8, 1915:

“Frances, George and Alice, George Macbeth, Robert and Anne von Moschzisker at supper, Anne much pleased at having ‘discovered’ and met Robert Frost, a poet, now living on 40 acre farm near Franconia.”

(George Macbeth was Frances Glessner’s brother and lived on a nearby summer estate known as Glamis.  His daughter Anne was married to Robert von Moschzisker, a justice of the Pennsylvania Supreme Court; he served as Chief Justice from 1921 to 1930).

One can imagine Anne’s delight at “discovering” the poet Robert Frost while touring through the countryside.  Frost (1874-1963) was not yet widely known in the U.S., which may account for John Glessner referring to him as “a poet” as opposed to “the poet.”  Frost and his family had travelled to Great Britain in 1912, and his first two collections of poetry were published there.  He returned to the United States at the start of World War I in 1915 and purchased the property at Franconia, New Hampshire, which included a modest frame house built in the 1860s.  The Frost family would live in the home for five years, and would continue to spend their summers there until 1938.  It was here that Frost launched his successful career as a writer, teacher, and lecturer, eventually being awarded four Pulitzer Prizes for his poetry. 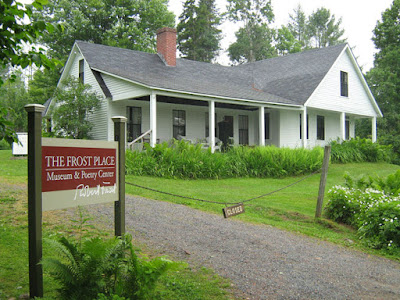 In 1976, the town of Franconia purchased the house and nine acres of land, restoring it and giving it the name The Frost Place.  Added to the National Register of Historic Places later that year, it opened as a museum in 1977. 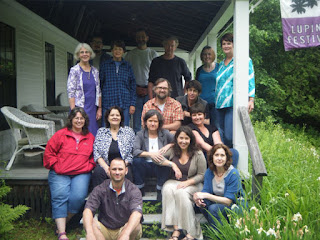 2015 Conference on Poetry and Teaching

It is operated as a nonprofit educational center and hosts annual events including a Conference on Poetry, a Poetry Seminar, and a Conference on Poetry and Teaching.  Each year, Frost Place awards a resident poet award to an emerging American poet; the award includes a stipend and the opportunity to live and write in the house during July and August. 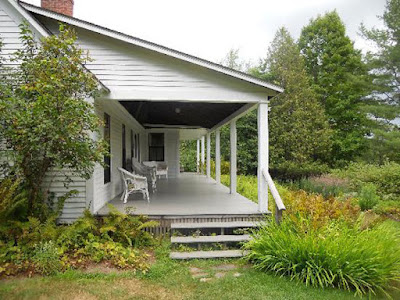 The non-profit organization that operates Frost Place has worked hard to preserve the ambiance that drew Robert Frost to this location.  Situated on a quiet north country lane with a spectacular view of the White Mountains from the front porch, visitors won’t encounter fancy multi-media displays or cafes, but rather “a sense of the kind of place where a young poet could concentrate.”  The collection includes signed first editions of Frost’s works and other memorabilia from his years in the home.  There is also a half-mile nature trail with plaques displaying poems that Frost wrote during his years in Franconia.

Frost Place is located about six miles from the Glessners’ summer estate.  As an interesting note, until earlier this year, the organization maintained their offices on the second floor of Frances Glessner Lee’s home, The Cottage, at The Rocks Estate.

Frost Place is open from Memorial Day weekend through mid-October each year.  For further information, visit www.frostplace.org.
Posted by Glessner House Museum at 10:04 AM