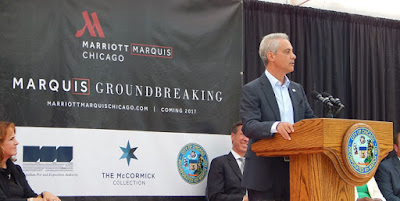 On Tuesday July 28, 2015 ground was broken for the new Marriott Marquis Chicago Hotel at the northeast corner of Prairie Avenue and Cermak Road.  The hotel is being built as part of the new McCormick Place Entertainment District, which will include the McCormick Place Event Center on the northwest corner. 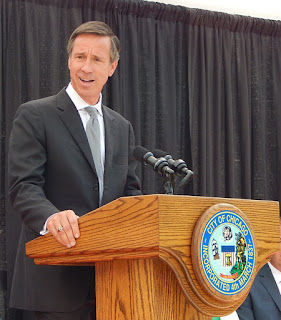 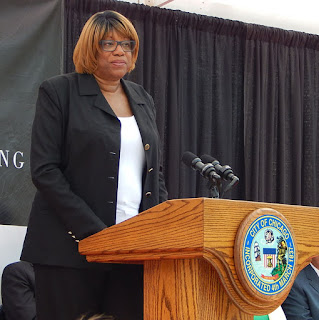 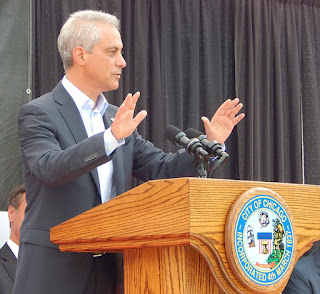 Mayor Rahm Emanuel reminded attendees that just a few years ago, Chicago was quickly losing its hold on the convention business to places like Las Vegas and Florida, but in the past year, it has regained its position as the number one city for conventions in the country.  As such, a new hotel adjacent to McCormick was essential to maintain that competitive position.

After the Mayor’s comments concluded, the assembled group of dignitaries grabbed their shovels for the ceremonial spading of dirt.  The event concluded with the Mayor pressing the red button to start up the massive drill which bored a hole into the ground for the first of many piers. 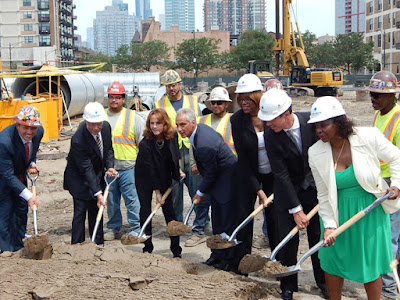 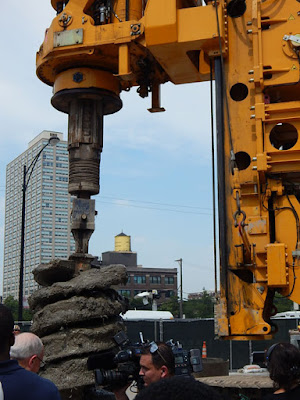 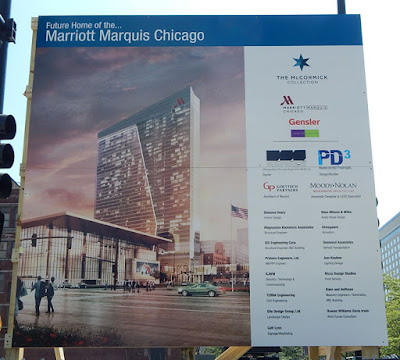 Containing 1,206 rooms, the hotel will be the only Marriott Marquis in the metropolitan Chicago area.  It will include specialty suites, 90,000 square feet of meeting room space (including two 25,000 square-foot ballrooms), a great room-style restaurant and bar as well as a Marketplace food court which will feature local food and retail entrepreneurs. 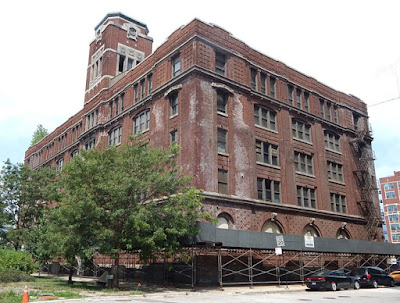 An important part of the project is the incorporation and renovation of the landmarked American Book Company building at 330 E. Cermak Road.  That company had been formed in 1890 with the consolidation of four of the five largest textbook publishing houses in the United States.  In 1911, the company acquired the land at Prairie and Cermak (then 22nd Street) for their new five-story plant.  Architect N. Max Dunning was commission to design a fireproof building which featured a prominent center tower that concealed a water tower. 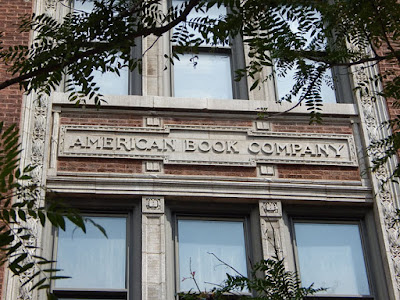 The building is finely detailed with brick laid in various decorative patterns, as well as limestone and terra cotta trim, including small “plaques” depicting open books.   The main entrance is executed in the Renaissance-Revival with a tympanum above containing a beautiful multi-color terra cotta crest for the company featuring symbols of intellectual and spiritual illumination.

The scheduled completion date for the hotel is August 2017. 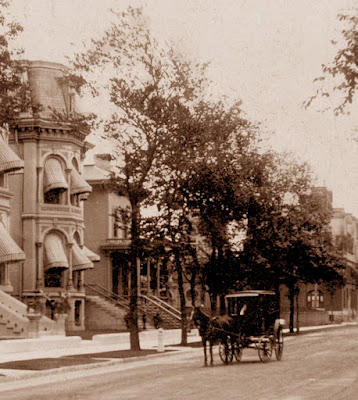 The 2100 block of Prairie Avenue in the 1890s;
site of the new Marriott Marquis Chicago Hotel.