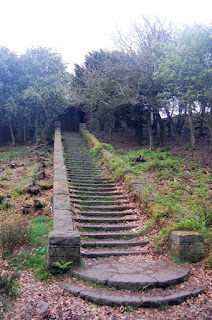 While researching the dovecotes at Glessner House recently, we stumbled across an image of a dovecote tower in the Rivington Terraced Gardens, located in Lancashire, England.  The story of the gardens and the recent efforts to preserve their “faded grandeur and mystery” piqued our interest.  This week, we share the story of the Rivington Terraced Gardens, referred to as “one of the largest and most impressive examples of landscape design in Edwardian England,” in the hopes of raising awareness for this little known treasure. 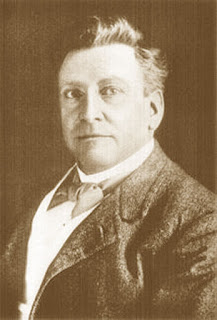 The story of Rivington Terraced Gardens begins with Lord Leverhulme, born William Hesketh Lever in 1851 in the town of Bolton, Lancashire.  Along with brother James, he founded Lever Brothers in 1885 to manufacture soap and other products, under the names of Sunlight, Lux, and Lifebuoy to name but a few.  (The company survives today under the name Unilever).  In 1887, Lever purchased a large tract of land at Cheshire, where he constructed Port Sunlight, a company town for his employees, along the lines of the Town of Pullman in Chicago.  Lever worked with several other large soap manufacturers to form a soap industry trust in 1906, making him one of the wealthiest and most powerful English industrialists of the era.  That same year he was elected to Parliament, and in 1917 he was raised to the peerage as Baron Leverhulme, the latter part of the name being in honor of his wife, Elizabeth Ellen Hulme.  He was a noted philanthropist and was especially generous to his home town of Bolton.

In 1900, Lever purchased the nearby Rivington Hall estate, which consisted of 2,100 acres of land comprising tenanted farms and moorland.  Lever donated 364 acres of the property to the people of Bolton for use as a public park, personally supervising and funding its landscaping and maintenance.  Lever Park opened in 1904 and contained a boating lake, a zoo, and a network of tree-lined avenues and footpaths.  An interesting feature was a folly known as Rivington Castle, which was a scale replica of Liverpool Castle. 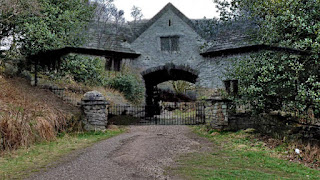 Lodges were built at the entrances to the estate, including Stone House Lodge at the main driveway. 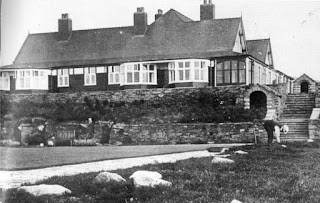 For his private use, he began terracing 45 acres of the site for elaborate gardens and construction of a large frame bungalow designed by architect Jonathan Simpson, known as Roynton Cottage.  An admirable work of the Arts and Crafts movement, it was destroyed in an arson attack in 1913, led by suffragette Edith Rigby.  A new house, built of stone, was completed in 1915.

The prominent English landscape architect Thomas Hayton Mawson (T. H. Mawson) was hired to design the private gardens between 1905 and 1922. 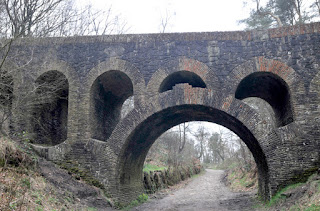 The gardens included numerous terraces and a pool, a great lawn, a Japanese lake and pagoda, Italian-style gardens, an impressive seven-arched bridge, a man-made ravine and cascade, and the Dovecote Tower (commonly known as the Pigeon Tower), completed in 1910. 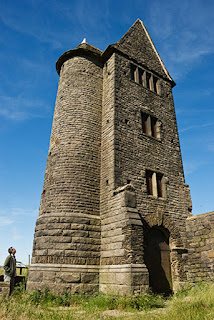 The Dovecote Tower stands at the northwestern edge of the Terraced Gardens.  The first two floors were designed to house ornamental doves and pigeons. 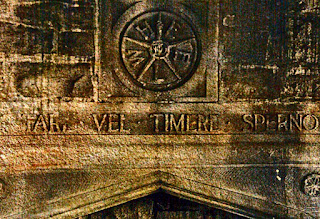 The top floor contained a small sitting room with spectacular views overlooking the boating lake.  Lady Lever also used the space as a sewing room and music room.  An interesting feature of the room is the ornate stone fireplace engraved with the initials of William Hesketh and Elizabeth Ellen Lever, which spell the word “WHEEL” set into a circular wheel carved above the family motto, “Mutare Vel Timere Sperno.” 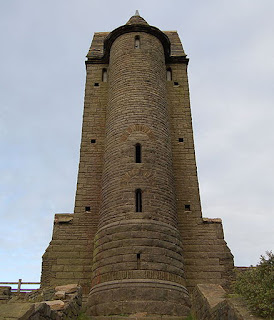 The three floors are connected by a spiral stone staircase located within the semi-circular tower of the structure. 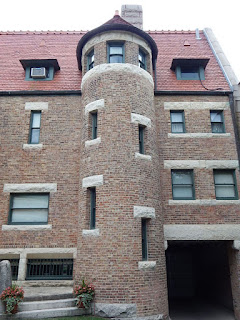 It is the semi-circular tower that bears a similarity to the tower set within the courtyard of Glessner House.  Like Lever’s structure, the tower contains a spiral staircase, and leads to the third floor, where the Glessner’s sewing room (and other spaces) is located.  There is no evidence that Lever or Mawson would have known the Glessner tower.  The inspiration for the tower would have come from Italy, the same source of inspiration that would have influenced Richardson’s design of the tower at Glessner House.

Lord Leverhulme died in 1925 and later that year the property was purchased by John Magee, a local brewery owner.  Magee died in 1938 and the property was put up for sale.  During World War II, the bungalow was requisitioned as a billet for wounded troops, and Nissen huts were erected on the grounds.  By the time the war ended in 1945, the significant damage to the stone bungalow led to its demolition.  However, the gardens were opened to the public in 1948 and eleven of the remaining structures are now listed by English Heritage. 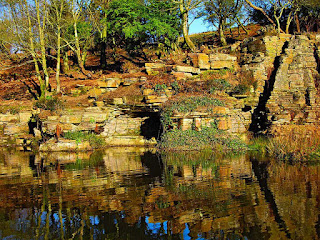 Although the landscape was considered to have national significance, it became heavily overgrown and the structures deteriorated over the years.  In 1997, the Rivington Heritage Trust was organized to oversee the preservation of the landscape, and in 2013 a grant was received to develop a full proposal, which will focus on preserving the “faded grandeur and mystery” of the site for future generations to enjoy.

For more information, visit http://www.rivingtonheritagetrust.co.uk/ and
www.about-rivington.co.uk/explore/rivington-terraced-gardens/
Posted by Glessner House Museum at 9:39 AM