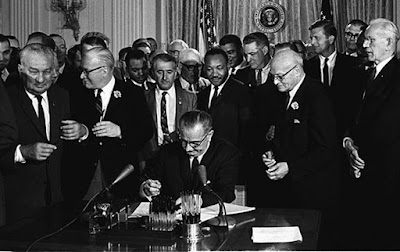 October 15, 2016 marks the 50th anniversary of the passage of the National Historic Preservation Act.  The Act was signed into law by President Lyndon B. Johnson on October 15, 1966 and was the most significant and wide-reaching preservation legislation ever enacted in the United States.  The date also marked the listing of the first sites on the National Register of Historic Places, created as part of the Act.  In this article, we will look at the four sites in Chicago listed on the National Register that day.

Other preservation legislation preceding the Act included the Historic Sites Act passed in 1935, which empowered the Secretary of the Interior to create preservation programs, including the Historic American Buildings Survey, formed initially to provide jobs for architects and engineers during the Great Depression.  In 1949, President Truman signed the National Trust for Historic Preservation Act to encourage and engage the public in the preservation of buildings and sites, although it did not provide funding.

During the 1950s and 1960s, the creation of the interstate highway system and urban renewal program destroyed countless historic sites across the country.  In response, a report entitled With Heritage So Rich, coordinated by Lady Bird Johnson, sought to examine the effects of urban renewal and to find ways to protect historically and architecturally significant properties from harm caused by federal projects.  The report was a direct force leading to the passage of the National Historic Preservation Act in 1966.  That Act created the Advisory Council on Historic Preservation, State Historic Preservation Offices, the Section 106 review process (to review the impact of federal projects on historic sites), and the creation of the National Register of Historic Places.

The National Register is the official listing of buildings, sites, structures, and objects worthy of preservation, based on a series of four criteria.  Although listing does not prevent alteration or destruction, it does qualify properties for various grants, loans, and tax incentives and raises public awareness of these properties.

“The Robie House has been called Wright’s strongest statement in domestic design.  Its free-flowing interior spaces, overhanging roofs to shade windows and balconies, indoor recreation spaces, and strong horizontal lines forecast trends in house design during the following 50 years.  As sculpture it can be considered an abstraction in lines and planes.  Pictorially the tawny brick and dove-colored concrete trim are pleasing to the eye.  The entrance has been awarded a minor role and treatment of the chimney stack lends drama.  Inside the sensations of security and privacy are enhanced by elevating the principal rooms one story above a raised basement.”  (National Register Nomination Form)

Site of the First Self-Sustaining Nuclear Reaction
Designated an NHL on February 18, 1965
East side of South Ellis Avenue between 56th and 57th Streets 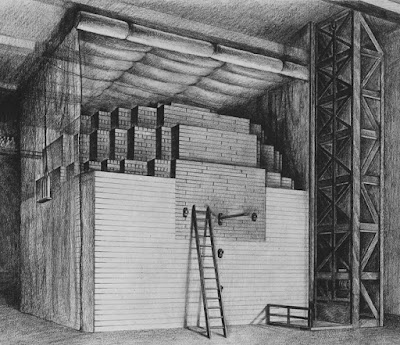 The first self-sustaining nuclear reactor, known as Chicago Pile-1, was constructed in a former squash court measuring 30 by 60 feet underneath the west stands of the old Stagg Field at the University of Chicago.  Scientists, including Enrico Fermi, achieved the controlled release of nuclear energy for the first time here on December 2, 1942.  Chicago Pile-1 was part of the Manhattan Project, the Allied forces effort to create the atom bomb during World War II, and consisted of 45,000 graphite blocks.  It was moved the next year to create Chicago Pile-2, and was dismantled in 1954. 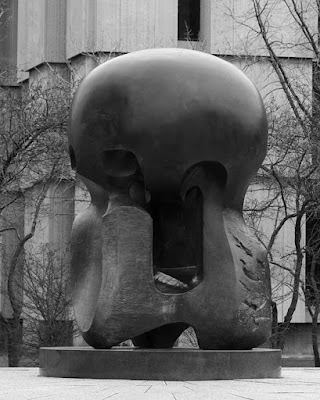 The site is now marked by a sculpture entitled “Nuclear Energy” by Henry Moore, which was dedicated on December 2, 1967, the 25th anniversary of the first self-sustaining controlled nuclear reaction on the site.  The sculpture is meant to conjure images of both a human skull and a mushroom cloud.

In the 1960s, the main structure of Hull House was restored to its 1850s Italianate appearance, while the interior was restored to the period after 1890 when it was occupied by Jane Addams.  Addams made numerous additions and alterations to the main building, which were stripped away when the building was restored.  Of the large complex of buildings which surrounded it, designed by architects Pond & Pond, only the dining hall has been retained and restored on a new site close to the main structure.  The significance of Hull House lies in its use as a settlement house founded by Jane Addams and Ellen Gates Starr in 1889 to serve the huge numbers of recently arrived European immigrants on Chicago’s near west side.  The House provided social and educational opportunities for the immigrants, who attended classes in art, history, literatures, crafts and many other subjects.  Hull House went on to establish the city’s first public playground, bathhouse, and public gymnasium, pursued educational and political reform, and actively investigated housing, sanitation, and working issues.  Jane Addams was awarded the Nobel Peace Prize in 1931. 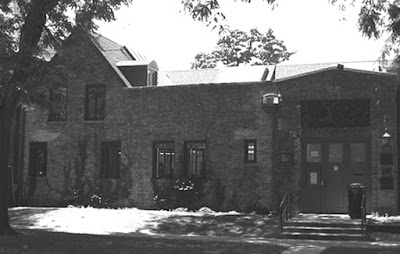 The sculptor Lorado Taft (1860-1936) and a group of fellow artists and students lived and worked in this building, consisting of converted carriage house that was added on to and enlarged over time.  As noted in the National Register Nomination Form, “Lorado  explained that he built like a chambered nautilus, cell after cell, until there were 13 studios occupied by himself and associated sculptors and many assistants – at least 20 in all.  Most of these private studios opened on to a large roofed court to which in time was added a fireplace and a fountain; a marble-cutting room and a stage for plays were built later . . . Below Taft’s own private studio, which today contains many of his original models and studies, was what he called the “Dream Museum” room, containing an enormous table of time replicas in plaster of the great masterpieces of the world arranged according to the plan for his Dream Museum.”  Taft was a sculptor of realistic works often on a monumental scale, including the Fountain of Time at the west end of the Midway Plaisance, and the Fountain of the Great Lakes, outside the Art Institute.   Through his works, his writings, and his years as an art teacher and lecturer, he greatly influenced American sculpture in the first decades of the 20th century.  Today the building now provides studio and gallery space for the University of Chicago’s studio art program.

Posted by Glessner House Museum at 5:21 PM No comments: