The Thanksgiving Day Protest March of 1884 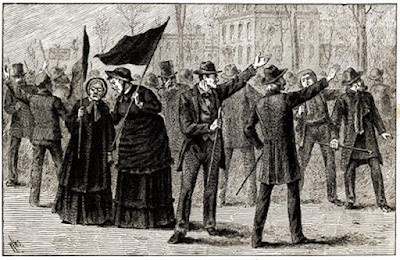 A mass gathering – a protest march – banners displaying grievances – complaints about the police and the mayor – the National Guard conducting street riot drills. Is the year 2020? Well, it might be, but in this article, we will look at the issues which culminated in Chicago’s largely forgotten Thanksgiving Day protest march of 1884. 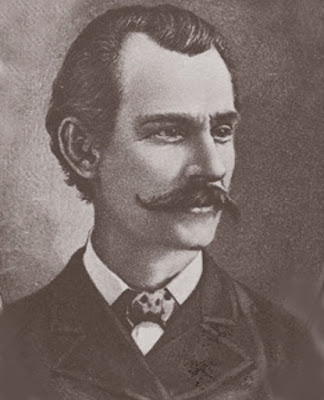 The roots of the protest can be found in the Great Railroad Strike of 1877, the first general strike in the United States, brought on by the railroads cutting the wages of its workers. On July 23, 1877, Albert Parsons (later of Haymarket fame) spoke to a crowd of 30,000 Chicago workers, demanding fair wages. The uprising lasted for three days and came to a head on July 26 when the police confronted assembled workers at the railroad viaduct at Halsted and 16th Street. The police opened fire into the crowd, and thirty workers lost their lives, with many more wounded. (Read more in this May 2020 article from Chicago Magazine). 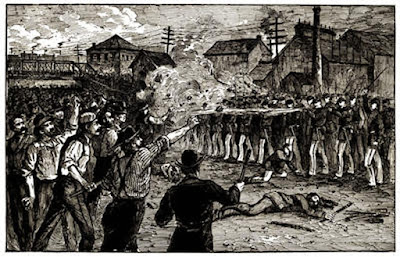 Parsons, who lost his job at the Chicago Times during the incident, started his own publication, the anarchist Alarm. He shared an office with August Spies, a German furniture maker and publisher of the Arbeiter Zeitung. Together, the publications helped to spread their cause to the Polish, German, and Bohemian immigrants who were rapidly increasing in number in Chicago. 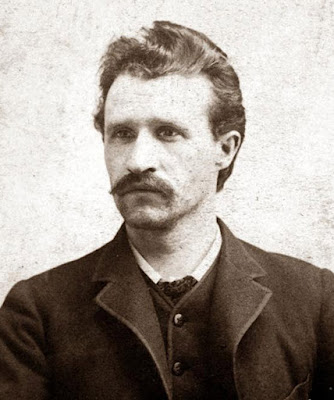 A major grievance was the demand for the eight-hour day. Chicago’s business community could not ignore the growing movement, and several of the leading businessmen that were targeted resided on Prairie Avenue. Chief among them were Marshall Field, George Pullman, and Philip Armour. 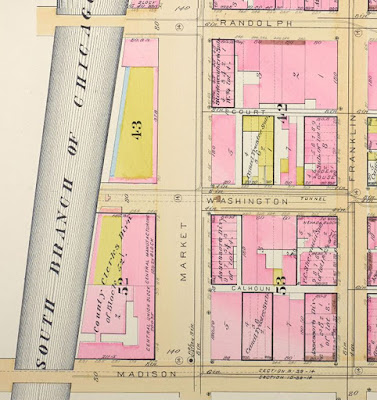 On the cold rainy afternoon of November 27, 1884, Thanksgiving Day, a crowd estimated anywhere from 500 to 2,000 answered the call of the Socialists and gathered in Market Square, located along Market Street between Madison and Randolph. A band played the Marseillaise Hymn as the crowd waited for Parsons and others to ascend to the speaker’s stand, hastily assembled from a half dozen chicken crates. Around the stand, banners sewed by Parson’s wife Lucy, an integral part of the movement, read:

-Our capitalistic robbers may well thank their Lord that we, their victims, have not yet strangled them

-Shall we thank our ‘Lords’ for our misery, destitution, and poverty?

-Why we thank? Because our capitalistic brothers are happily enjoying our turkeys, our wines, and our houses 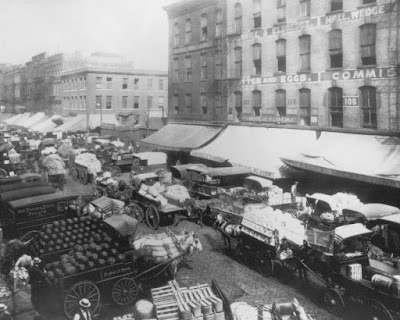 Parsons started his speech, “Men of the disinherited class of the earth, we are assembled here on this day of National thanksgiving to curse the capitalistic robbers who are feasting on the blood of our wives and children. We are justified in cursing these vipers by the Bible which they hurl at us with so much unction,” after which he quoted from the Gospel of John and the Epistle of St. James. “Your riches are corrupted . . . Your gold and silver is cankered, and the rust shall eat your flesh as if it were fire. We do not intend to leave this matter for the Lord, we intend to do something for ourselves.”

During the next speech, given by C. D. Griffin, men arrived from the West Side, carrying two large red and two large black flags. “This is the first time in America that the black flag of hunger has been carried in the streets of a city. Shall we submit to being starved? No; we will flaunt these black emblems of want and despair in the faces of the rich robbers as they are eating our turkey and drinking our wine.” 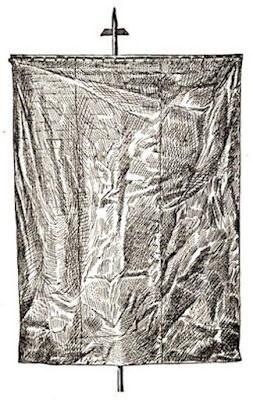 The black flag of hunger

Several Socialist resolutions were adopted noting that property rights should no longer be maintained or respected and that the “great army of useless workers, among whom are the lawyers, insurers, brokers, canvassers, jailers, politicians, armies and navies, including all useless employees whose sole business is to adjust property claims between man and man, should be deprived of this useless and corrupting employment.” August Spies then spoke noting that “when the Socialists asked for bread, (Mayor) Carter Harrison appointed 400 new policemen to drive them from their homes and hovels.” 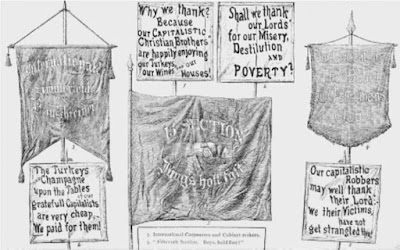 After a final speech, delivered in German, “the crowd was then formed into a procession, headed by a band, and paraded the more aristocratic portions of the city, such as Michigan avenue on the South Side and Dearborn avenue on the North Side. At the head of the line were displayed two flags, a red and a black one.” The march proceeded onto Prairie Avenue, “the very citadel of capitalism.” Marchers rang the doorbells of Marshall Field and George Pullman and others, Samuel Fielden proclaiming “Our international movement is to unite all countries and do away with the robber class, prepare for the inevitable conflict.” 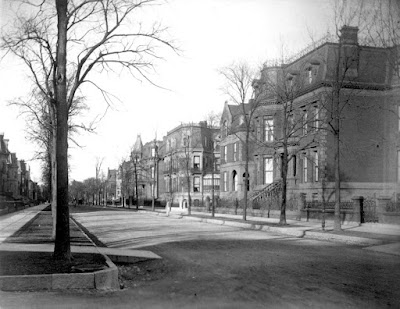 The marchers dispersed quietly as night fell, there being no attempt on the part of the police to break up the crowd. However, that morning, the First Regiment infantry had been directed to practice “street riot tactics,” not only to be at the ready should there be a need to intervene, but also as a show of strength.

“The First Infantry spent something over two hours of the morning in drilling the ‘street riot’ tactics recently prepared by one of the New York National Guard officers . . . These various movements are intended to be used in forcing their way through and dispersing any mobs which have taken possession of the streets and are something entirely new to the National Guard . . . As the street-riot fighting is about the only kind that the Chicago regiments may expect to have to engage in, the officers are going to give a good deal more attention to this particular feature hereafter.”

The Thanksgiving Day march was an important moment in the anarchist movement, which continued to grow. The next year, when the elaborate Board of Trade building opened, the marchers were there proclaiming that the “Board of Thieves” stood for “starvation of the masses, privileges and luxury for the few.” One of the marchers exclaimed, “blow it up with dynamite.” General Philip Sheridan, who had helped protect Chicago following the Great Fire in 1871, only created more unrest with comments such as, “The better classes are tired of the insane howlings of the lowest strata, and they mean to stop them.” 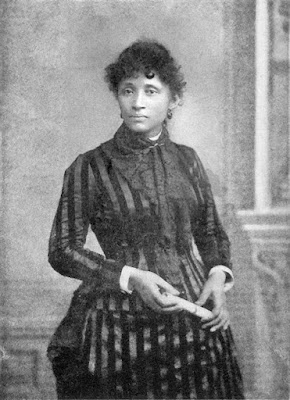 On May 1, 1886, the anarchists and the labor movements came together in a nationwide fight for the eight-hour workday. Albert and Lucy Parsons led 80,000 workers down Michigan Avenue and the city of Chicago became the center of the strike. Three days later, the Haymarket Riot took place with Parsons and Spies and several others being wrongly convicted of throwing a bomb at the police that arrived to break up the gathering. They were among four men hanged on November 11, 1887, all becoming martyrs for the movement. 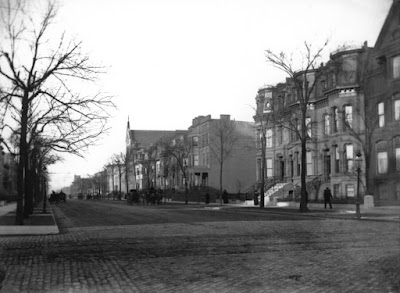 Various monuments have been erected through the years to honor those who lost their lives as a result of the events at Haymarket Square. There is no monument commemorating the 1884 Thanksgiving Day protest march, but it remains an important chapter in the history of the labor movement in Chicago and the nation.

NOTE: The Thanksgiving Day march and the incidents that followed left their mark on the Prairie Avenue neighborhood. By the spring of 1889, residents had raised necessary funds and enforced sufficient political pressure to result in the erection of a new armory for the First Regiment. It was conveniently located at the northwest corner of Michigan Avenue and 16th Street, providing a gateway between downtown and the residential district centered by Prairie Avenue. The building was designed to portray strength and authority. 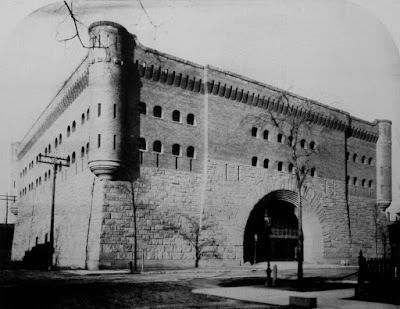 “The days of the Plantagenets, of bastions, ramparts, and parapets, is suggested by the proposed new First Regiment Armory, the plans and specifications of which have just been completed by architects Burnham & Root . . . Here, overlooking the boulevard and lake, will stand the grim, solid, military-looking pile . . . The armory will stand alone in its medieval picturesqueness, a veritable fortress capable of resisting any attack from without unless it be a prolonged siege by heavy artillery . . . The walls will be four feet thick . . . The entire four stone walls are unbroken save by the vast sallyport on Michigan avenue. The stone reveals of this port will be ten feet deep and the arched opening itself forty feet wide. An entire company front may march through the door in a charge on an enemy without breaking. The door is protected by a portcullis made of chains and bars of steel which can be raised out of sight when not in a position of defense . . . War is clearly embodied in every line and angle of the structure, which combines solidity, dignity, security, and permanence.”

Built to survive a military attack, the building could not survive the changing fortunes of the Prairie Avenue neighborhood. After the First Regiment abandoned the armory, it endured years of use hosting sporting events and car shows before being razed in 1967.

Posted by Glessner House Museum at 2:00 PM No comments: