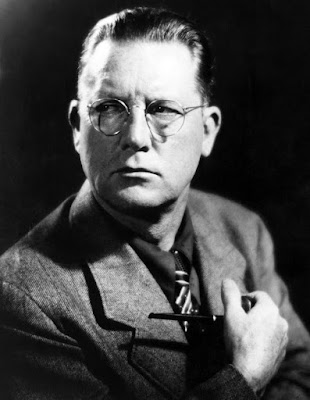 Erle Stanley Gardner (1889-1970), creator of that crime-solving attorney Perry Mason, was an avid admirer of Frances Glessner Lee, captain in the New Hampshire State Police, and founder of the Department of Legal Medicine at Harvard Medical School, and of the Harvard Associates in Police Science. There is plenty of evidence to support their friendship, but little that indicates how it began.  Nevertheless, Gardner’s pen was prolific in his praise of Capt. Lee and the eighteen miniature crime scenes she designed for the purpose of training police offices to take away as much evidence as possible from the clues offered by the crime scene itself. 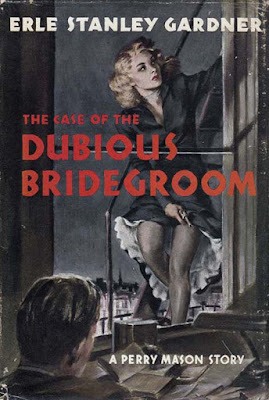 The details contained in these miniature crime scenes, dubbed The Nutshell Studies of Unexplained Death, which Capt. Lee created herself, were not only microscopic, they were baffling.  This is precisely why Gardner’s book The Case of the Dubious Bridegroom bears the following dedication:

In the foreword of that same book, Gardner recounts how he had the unique privilege of attending one of Capt. Lee’s seminars on Homicide Investigation at Harvard. These were exclusive, invitation only classes given for policemen, and as far as records show, Gardner was the only “layman” to ever attend one. 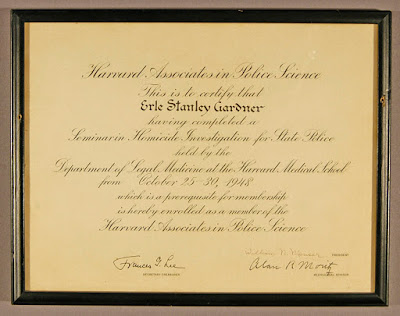 Capt. Lee attended them all as well as other instructors, the best in the fields of forensics, crime detection, medicine, and criminology. Having witnessed all this, Gardner concludes that “these homicides have for the most part been conceived with a diabolical ingenuity which would give the proverbial ‘Philadelphia lawyer’ brain fog within the first few minutes.” Furthermore, Gardner announces: “I am not going to have any of Mrs. Lee’s graduates appearing in my books. Such an officer would not only solve the crime as soon as the hero could, but he just might be a hundred or so pages ahead of the procession.” [Gardner, Erle Stanley. Foreword to The Case of the Dubious Bridegroom, vii-x. New York: William Morrow & Company, 1949.]

Upon Frances Glessner Lee’s death in January 1962, Gardner was asked by the Boston Globe if he would write a sort of eulogy. This he did, as “a labor of love.” The document begins: “My friend, Captain Frances G. Lee, had a keen brain, a big heart, and an open mind.” He continues:

“Because she had an orderly mind and a logical mind, she was able to comprehend police work in a way that enabled her to make a shrewd and accurate appraisal of individual cases as well as overall planning of what was being done and an accurate estimate of what should be done.  Because she had a great big human heart, a warm understanding and the approach of a woman of highly developed maternal instincts, she not only adopted the cause of legal medicine and law enforcement as an intellectual pursuit, but she came to regard the men in the law enforcement as her “boys” and they in turn gave her a respect and affection which brought about a warm human relationship.”  (Gardner, Erle Stanley. “She Would Battle for Ideas at the Drop of a Hat.”  The Boston Sunday Globe, Feb. 4, 1962).

Parker Glass, secretary of the Harvard Department of Legal Medicine, seconded Gardner’s sentiments canonizing Mrs. Lee as “unquestionably one of the world’s most astute criminologists.” [Banner, Earl. “She Invested a Fortune in Police, Entertained Them Royally at Ritz.” The Boston Sunday Globe, Feb. 4, 1962.]
ABOUT THE AUTHOR:


Cray Kennedy was privileged to work as an intern in the collections department at Glessner House Museum during the summer of 2017, primarily cataloging the museum's collection of Frances Glessner Lee images. Cray is studying history and is particularly interested in preservation, historical architecture, and collections. She attends the University of Mary in Bismarck, North Dakota.

THE NUTSHELL STUDIES:
The first-ever public exhibition of the Nutshell Studies, entitled "Murder Is Her Hobby: Frances Glessner Lee and the Nutshell Studies of Unexplained Death," will open on Friday October 20, 2017 at the Renwick Gallery of the Smithsonian American Art Museum in Washington, D.C.   William Tyre, Executive Director and Curator of Glessner House Museum will speak about Lee's life and work at the Renwick on Saturday October 21st at 2:00pm; the event is free and open to the public.  The exhibit runs through January 28, 2018.
Posted by Glessner House Museum at 3:17 PM No comments:

On 87, Frances Glessner wrote in her journal that her husband John brought home a large stack of photos of London.  These photos happened to be from a series by the Society for Photographing Relics of Old London.  Since the Glessners never visited London, the photographs, which are in the museum collection today, provided them with a picture of what the city was like pre-industrialization.

In 1875, scholar Alfred Marks commissioned photographers Alfred and John Bool to photograph the Oxford Arms Inn in London.  The commission was an attempt to document the building before its imminent demolition.  Continuing this desire to document buildings in danger of destruction, Marks formed the Society for Photographing Relics of Old London.  Over the course of 12 years, Marks and the members of the society published 120 photographs (the majority of which were taken by photographer Henry Dixon) of buildings they deemed significant that were in danger of being torn down.  Although some of the buildings were destroyed, the complicated histories of three buildings photographed by the society prove that the passion Marks had for architectural preservation continued after the society published its last series of photos. 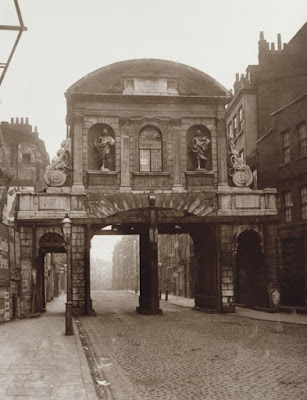 This photo depicts the Temple Bar in its original location.  The location of the Baroque arch denoted one of the main entrances into from , and held great importance throughout ’s history.  The structure photographed by the society is Christopher Wren’s 1670 design that covered the ancient road.  The gateway itself consists of many decorative elements, along with stone statues of Queen Anne of Denmark and James I on one side, and Charles I and Charles II on the other (the side from which the society’s photo was taken).  The gateway stood in this location for over 200 years, and infamously displayed the severed heads of traitors in the eighteenth century. 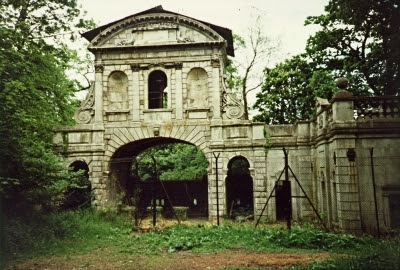 As London grew more industrial, the gateway became problematic, as the arch made the street under it extremely narrow.  At the publication of the descriptive letterpress in 1881, Alfred Marks noted that the Temple Bar was already demolished and replaced by a memorial.  However, Marks was unaware of the events surrounding the monument’s demise: instead of being destroyed, the gateway was taken down stone by stone and stored by the Corporation of London, where it remained for ten years.  The gateway was later purchased by Lady Meux, a woman from a wealthy family based in , and she had the Bar rebuilt in her estate.  It remained there until 2004, when the Temple Bar Trust convinced the Corporation of London to fund its return to . 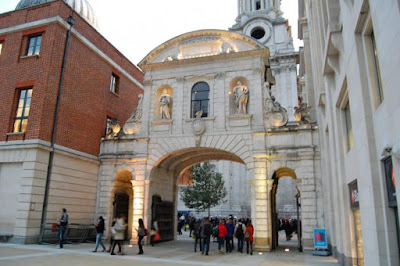 Since the original location still provided the same spatial issues as it did in 1880, the Bar was rebuilt in in , right outside of ’s Cathedral.  Both the Temple Bar and its 1880 monument remain a fixture of downtown . 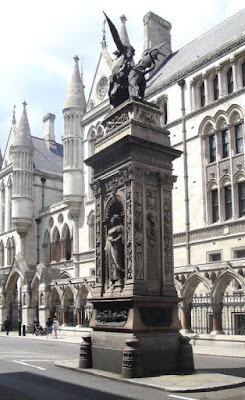 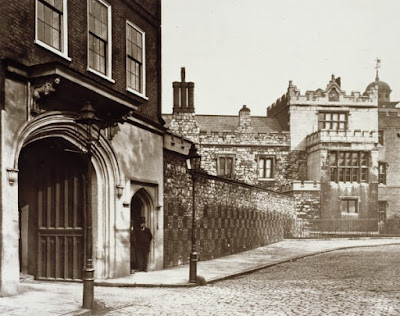 The most extensively photographed buildings in the collection are the Charterhouse Buildings.  The twelve photos of the structure document nearly all facets of the building, and Marks notes that “ has few public buildings of equal interest with the Charterhouse, in respect either of historical associations or of beauty.”  The Charterhouse was built in 1371 as a Carthusian monastery, which lasted until 1537.  It was then converted into a mansion, and housed visiting royalty including Queen Elizabeth I and James I.  In 1611, the building was purchased by businessman Thomas Sutton, who converted it once again.  This time, the building was to be a charity house and school, specializing in health treatments and schooling for those less fortunate.  The moved out of the building in 1872, but the school itself still exists today. 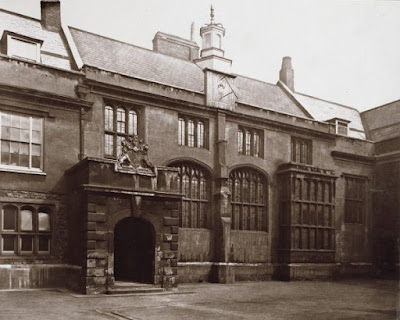 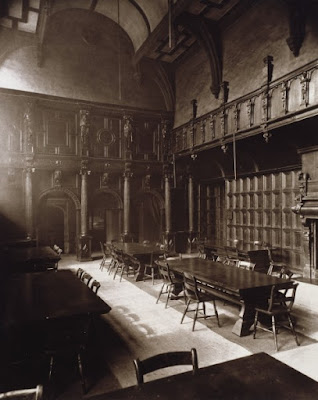 In addition to the fear of demolition that occurred around the time of the society’s photos, the building also endured World War II.  After extreme damage during the Blitz bombings of 1941, extensive renovations and repairs were undertaken in the late 1950s.  Today, the house remains an almshouse (supporting those in need of financial assistance), and also functions as a museum.

Another building that the Society for Photographing Relics of Old London was especially interested in was Lambeth Palace.  The palace dates to 1262, and since then it has been the primary residence of the Archbishop of Canterbury.  The society published three photos of this building, focusing on Morton’s Tower, Juxon’s Hall, and the Water Tower, respectively.  The history of its construction and development is extremely complex, and many aspects have been added since its original dedication.  The chapel in the church and its corresponding crypt are the only sections which remain from the thirteenth century, but many other aspects from later periods are equally impressive.  The majority of the building was constructed by architect Edward Blore in the 1830s with the goal of hiding the reminders of the English Civil War that marked the building. 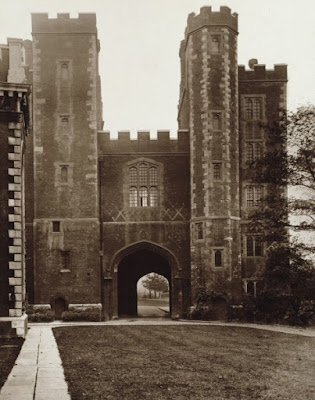 The subject of the first photo published by the society, Morton’s Tower (named after its architect), was built in 1490, and it remains in its original position to this day. 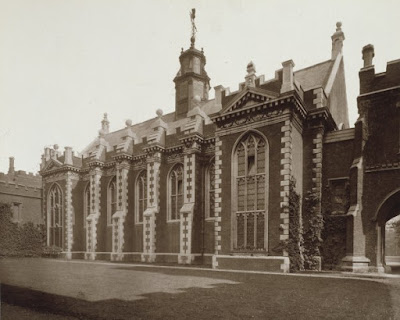 The second photo shows the Great Hall of Lambeth Palace, which has since been turned into a renowned library, and provides one of the site’s main attractions. 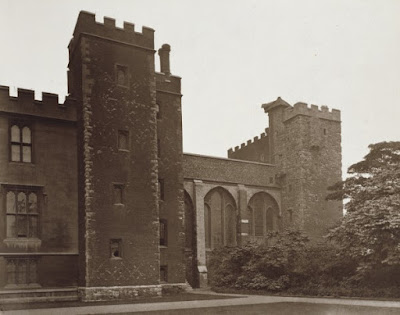 Unfortunately, the subject of the third photograph, Lollard’s Tower, did not completely survive to the present.  Like the Charterhouse and many other buildings in , Lollard’s Tower was damaged by a direct hit bombing in 1941.  The tower did not collapse and has since been reconstructed, but the original structure is incomplete. 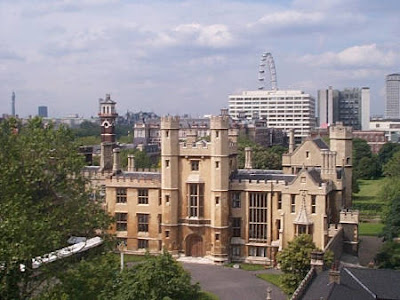 These three histories demonstrate the complications and difficulties involved in architectural preservation.  Many of the buildings photographed by the Society for Photographing Relics of Old London did not survive to the present day, but the photos ensure that the buildings are not lost in the past.  The histories of Temple Bar, the Charterhouse, and exemplify the amount of work, and, in some cases luck, necessary to preserve ancient buildings.  Despite the short life span of Alfred Marks and his society, their impact and the buildings they documented live on through their work.

ABOUT THE AUTHOR
Andrew Haberman is a history student at Loyola University Chicago and a collections intern at Glessner House Museum during the fall 2017 semester.

Posted by Glessner House Museum at 6:00 AM No comments: