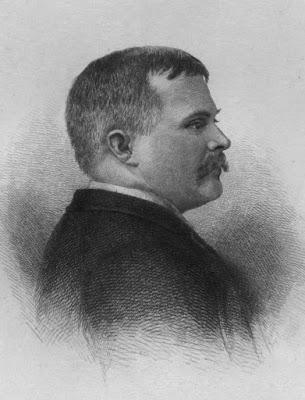 January 15, 2016 will mark the 125th anniversary of the death of one of Chicago’s greatest architects – John Wellborn Root.  His unexpected passing sent shock waves through the city and the architectural community.  Not only had Root just turned 41 years old five days earlier, but he and partner Daniel H. Burnham were in the early stages of planning the World’s Columbian Exposition – by far the largest and most important project their firm had ever undertaken.

The tragic story of Root’s death has oft been retold.  As recounted in the death notice published in the Chicago Tribune on Friday January 16th:

“Chicago will be shocked at the news of the untimely death of John W. Root, easily its most distinguished designing architect, if indeed he had his superior in the whole country.  In the prime of his life, his vigor, and his usefulness; in the midst of his invaluable services to the World’s Columbian Exposition, he seemed to be the man of all others who would be sure to continue for many a day one of its most esteemed and beloved citizens.  In the flower of his days pneumonia has suddenly ended his life, as it has during late years ended the lives of so many men young and strong like him.  Less than a week ago he was in the best of health.  Saturday he took a Turkish bath and later at his own house thoughtlessly stepped into the street to hand a friend to her carriage, becoming slightly chilled in so doing.  During Sunday he received at his hospitable home a visit from the Eastern architects visiting the scene of the World’s Fair, and that night he was seized with a severe chill, which proved the beginning of a fatal illness.  Even as late as noon of that day of his death he seemed in a fair way of recovery, but death came suddenly last evening.”

Daniel Burnham, an intimate friend and business partner of nearly 20 years, paced the floor of Root’s house, waiting for each update from the doctor.  When the end came, Burnham is supposed to have responded “Damn, damn, damn!”  considering not only life without his talented partner, but how he would proceed alone with the monumental task of planning and executing the World’s Fair.  Root had been appointed as the “consulting architect” for the Fair, which gave him supervision over all architectural related matters.  Lyman Gage, one of the directors of the Fair, noted that “In general it may be said that there is no man in any profession whose place cannot be filled.  But it really seems to me that John Root was an exception.”

The funeral took place on Sunday January 18th from the family home at 56 Astor Street (now 1310 N. Astor Street.)  Root had designed the house in 1888, one of a series of four charming Queen Anne row houses for James L. Houghteling. 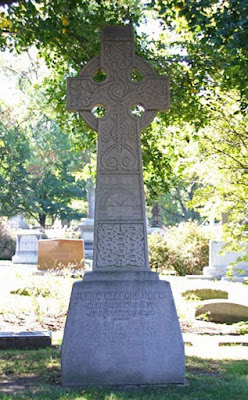 Following the service, conducted by Bishop Cheney, the casket was sealed and the remains taken to Graceland Cemetery for internment.  Pall bearers included Burnham, Art Institute president Charles L. Hutchinson, and William Pretyman, a talented English designer and close friend of Root (who would later execute the hand-painted wallcovering in the Glessner parlor). 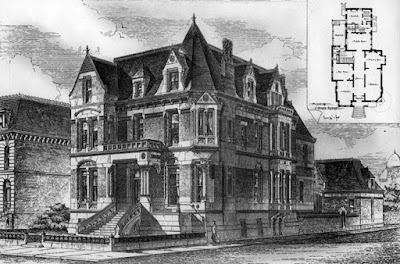 Burnham and Root were responsible for the design and remodeling of more than a dozen residences on and around Prairie Avenue.   Their first commission on the street in 1873, the residence for John B. Sherman, president of the Chicago Union Stockyards, was the second commission ever received by the new firm.   (Burnham met and married Sherman’s daughter Margaret during construction and the couple moved into the house upon its completion). 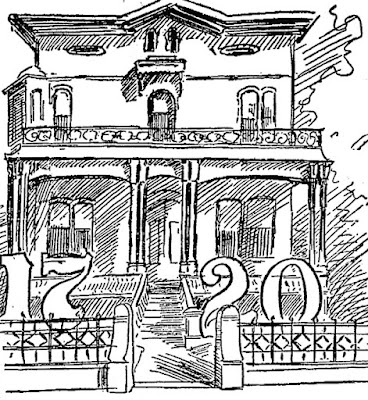 In 1880, Root married Mary Louise Walker, a daughter of James M. Walker of 1720 S. Prairie Avenue.   The newly married couple took up residence with the Walkers, but Mary Root died a month later at the age of 21.

The Glessners were long-time friends of Daniel Burnham and would have known Root through that friendship.  Frances Glessner and Root’s wife were both members of The Fortnightly.  She sent flowers and a note of condolence to Root’s widow, which were acknowledged with the following note on March 18th:

“Dear Mrs. Glessner
I thank you from my heart for the beautiful roses, and above all for the sweet sympathy which I know accompanied them.  I shall never forget that you thought of me when I most needed help.
Always faithfully yours,
Dora Louise Root” 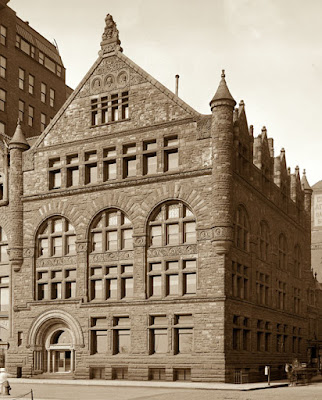 John Root and John Glessner were also fellow members of the Chicago Literary Club.  At the time of Root’s death, the Club occupied rooms on the third floor of the Art Institute, a Burnham and Root designed building at the southwest corner of Michigan and Van Buren.  At the meeting of the Club on February 16, 1891, the following resolution was read, which sums up in a few words Root’s importance to the architectural community, as well as his value as a friend and Club member.

“In the death of JOHN WELLBORN ROOT the Literary Club has lost a valued member and Chicago has lost a gifted man.

“Everybody knew him as an architect and artist.  Our city is full of his work; his great buildings tower above our business streets, monuments of the strength and breadth of his genius; and quiet homes along our residence streets bear witness to his grace and refinement.  All of us and all of the members of his chosen profession knew his ability as a writer.  But the full scope and range of his versatile nature were less well known.  Only a few knew him as a musician, and yet he had rare musical gifts.  Many surpassed him in mere brilliance of execution, but he had few equals in interpreting the spirit of the great composers.  To hear him play from memory Mendelssohn’s “Songs Without Words” was a revelation.  It stirred the deepest emotions.

“He died at the age of 41, young even for his years, doing the best work of his life, and giving promise of still greater development; like all true artists, dissatisfied with what he had accomplished, and hoping yet to do something great. 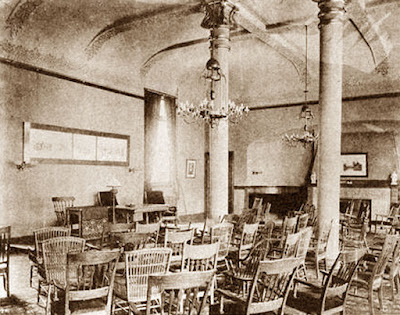 “As our fellow member and our friend has gone from us, and we shall never see another design from his hand, it is a pleasure to remember that this home of our club is all his work, the building, which was perhaps his most artistic creation, and the decoration and arrangement of these rooms, to which he gave much loving thought and much of his precious time. 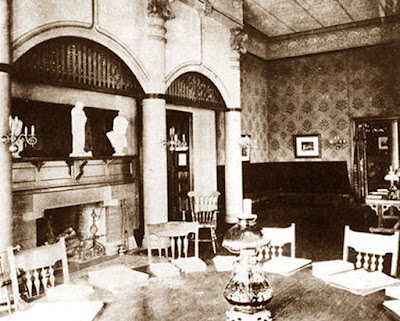 “We shall remember him not only as a great architect and a versatile genius; but as a modest gentleman, a delightful companion, and a faithful friend. 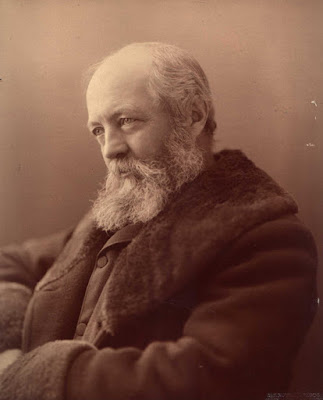 NOTE:  Among those who gathered in Chicago in January 1891 for the planning of the World’s Columbian Exposition was landscape architect Frederick Law Olmsted, who planned and supervised the landscape design for the fairgrounds.  Frances Glessner noted in her journal on January 12th, “At dinner time Mr. Olmsted came with his satchel to stay with us.”  He remained with the Glessners until January 18th, leaving Chicago after Root’s funeral.