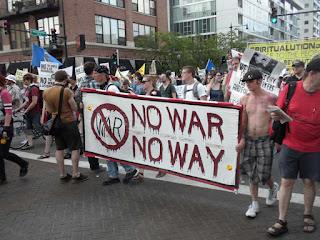 Thousands of NATO protestors descended upon the South Loop this afternoon, arriving at Michigan Avenue and 18th Street at 3:25pm.  The protestors had gathered at Petrillo Music Shell earlier in the day for a rally and began their march at 2:00pm, heading south toward McCormick Place, where leaders from 60 countries were assembled for the NATO Summit.  The march ended at Michigan Avenue and Cermak Road, where numerous veterans who served in Iraq and Afghanistan gave back their medals as a sign of protest against U.S. involvement in those countries.  Shortly before 5:00pm, a large group of protestors started heading west on Cermak Road, while others retraced their steps north back to downtown.  By 5:30pm, the remaining protestors were being told to disperse.  There was an enormous police presence along the march route, and except for a few altercations as marchers were being directed to disperse, it was a peaceful protest.  Here are some images from the afternoon. 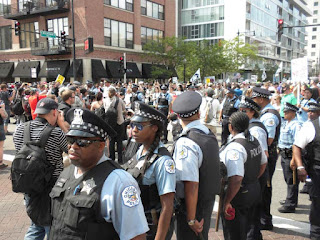 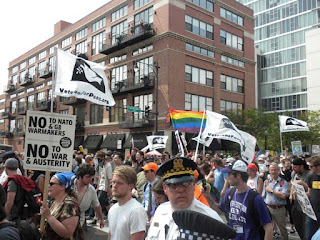 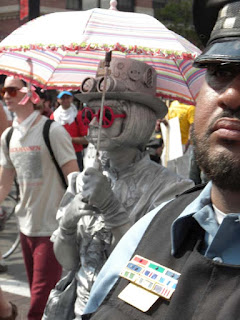 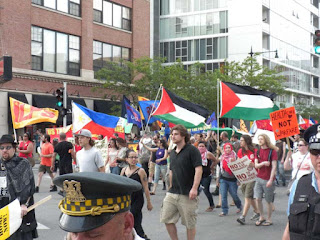 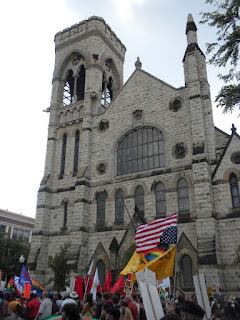 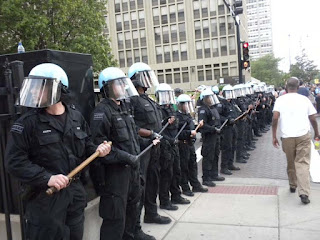 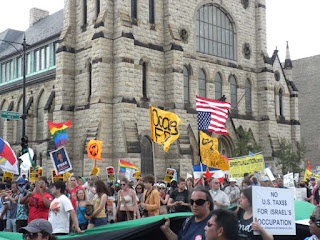 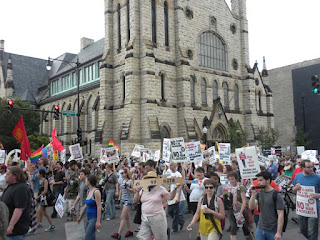 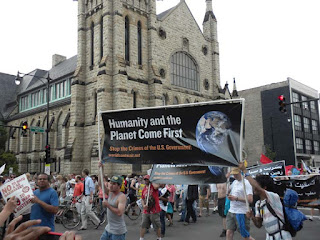 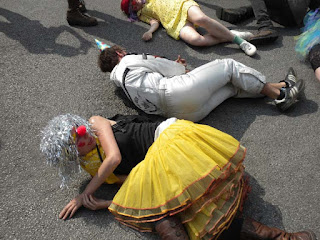 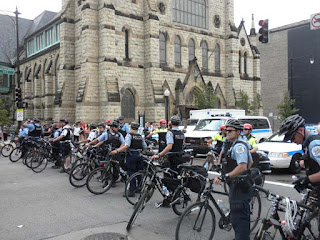 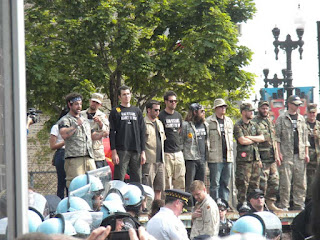 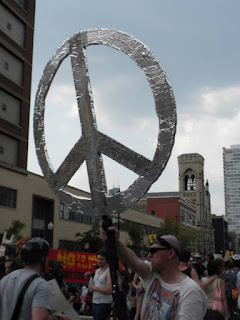