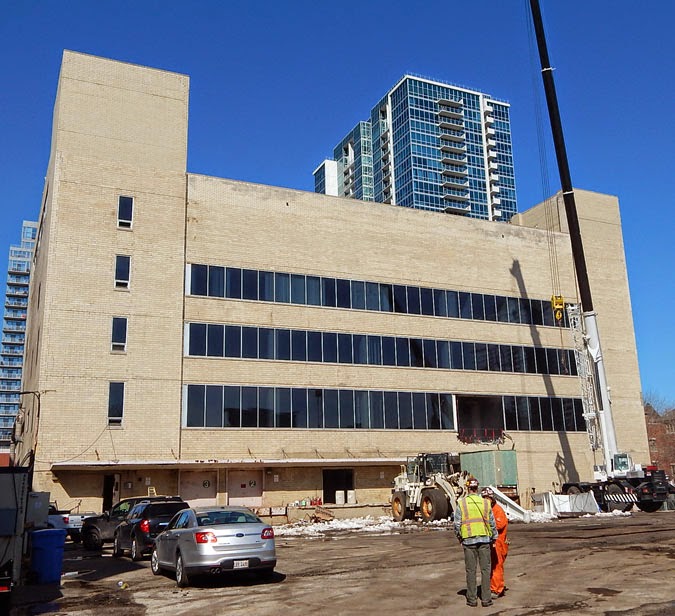 On Monday March 9, 2015, demolition began on the former Eastman Kodak Company plant at 1712 S. Prairie Avenue, in preparation for construction of a new townhouse development.  The building, which would have celebrated its 75th “birthday” on April 1, had sat vacant for several years following the 2010 failure of a 479-unit twin-tower condominium development known as X/O, designed by Lucien Lagrange. 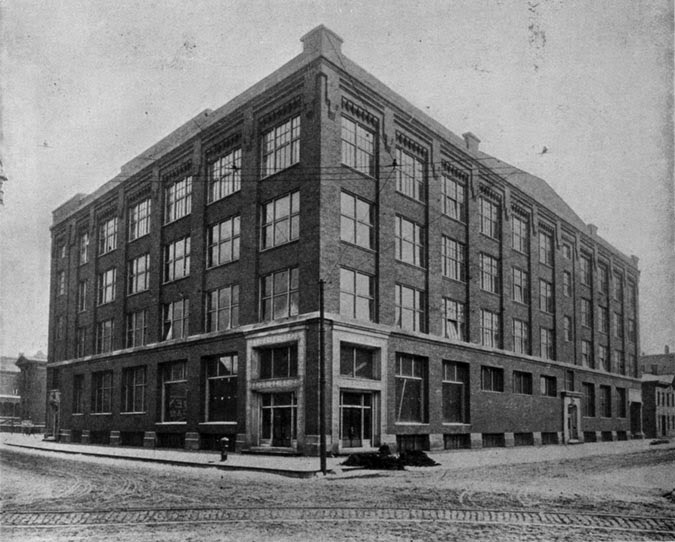 Eastman Kodak came to the Prairie Avenue neighborhood in 1905, when they engaged architects Hill & Woltersdorf to design their first building at the northeast corner of 18th Street and Indiana Avenue (now a residential loft development known as Prairie District Lofts).  One of the first commercial loft buildings to invade the exclusive residential district, it foreshadowed the transformation of the area over the next twenty years.
Eastman Kodak’s business continued to expand through the 1930s leading to the purchase of several lots on Prairie Avenue east of their building for a new plant. 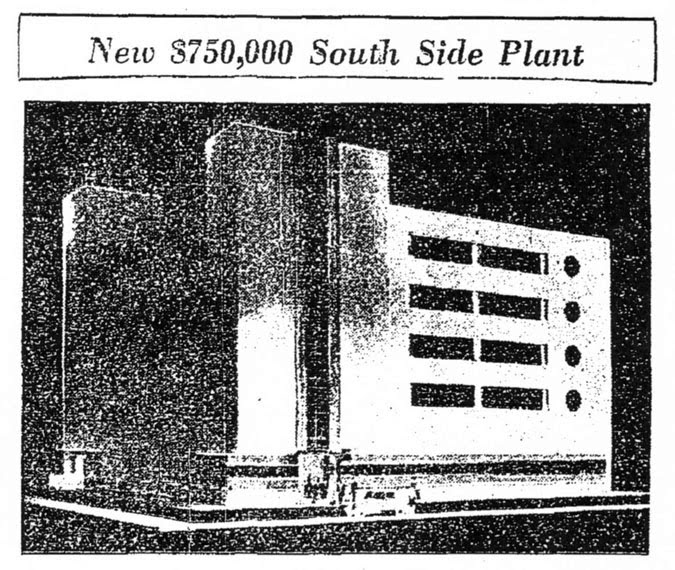 The company engaged architects Schmidt, Garden & Erickson to design the new five story structure in the Art Moderne style.  Detailing included the extensive use of stainless steel trim, and bands of black and rust colored brick.

The overall plan reflected the use of the plant for the processing of film, as noted in an article which appeared in the Chicago Tribune on December 24, 1939:

“Dirt is the most active enemy to the film business and every effort will be made to keep the air clean throughout the building.  There are few windows and they are immovable.  An elaborate ventilating system is being installed, so that all air in the building will be washed and filtered.  Some parts of the building will be artificially cooled in summer months.

“The new unit will be used for film processing now carried on in the Kodak Company’s four story plan at 1727 Indiana Avenue.  It will be connected with the present building by a steel bridge across the alley between Indiana and Prairie avenues.” 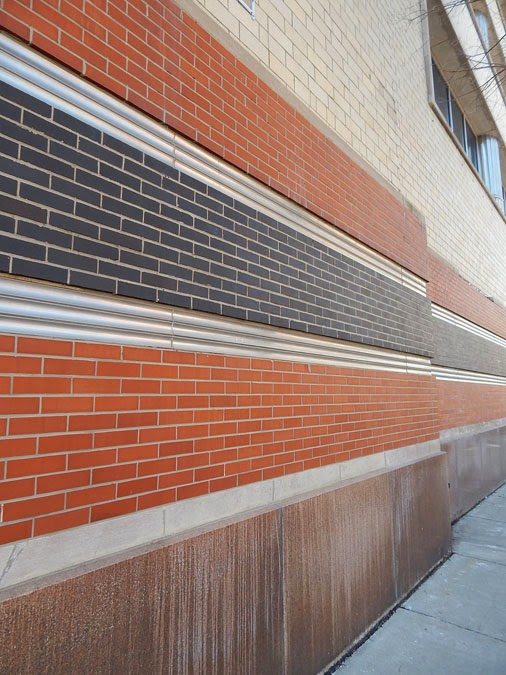 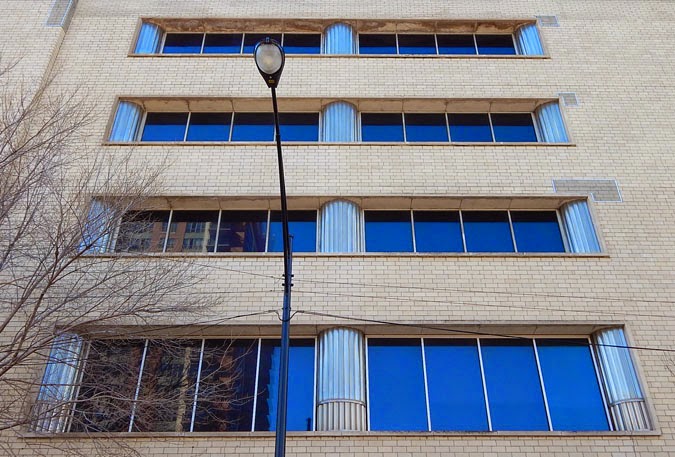 The new plant, which cost $750,000 to construct, was completed on April 1, 1940.  The address “1712 Prairie” became well known throughout the region by the thousands of people each day who shipped their rolls of film to the plant for processing.  An interesting article, which appeared in the Chicago Tribune on August 9, 1951, followed a roll of film through the plant from beginning to end, which typically took two to three days.  The article stated that the plant was believed to the largest of its type in the world and summarized the 15 steps that each roll of film went through in the process. 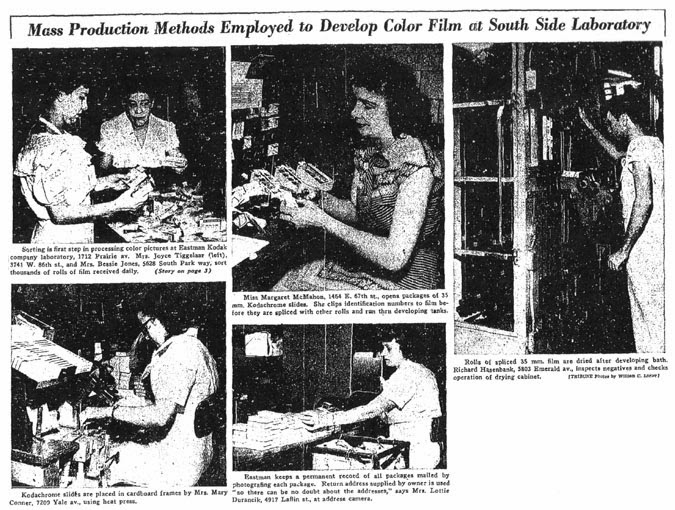 Of particular interest were the lengths that Eastman Kodak went through to find the owners of the film, when the return address provided proved to be incorrect:

“This is an extremely important phase of the laboratory’s work because many rolls of exposed film are received for processing with incorrect return addresses.

Eastman operates a film identification bureau to track down owners who have failed to supply the laboratories with full or correct addresses.  In 1949 the bureau solved more than 10,000 ‘cases.’

“Service men or former service men frequently are located thru army or navy records and doctors can be located with the aid of the American Medical association.  In cases where no address is supplied bureau agents check the pictures themselves for clues.  The name of a cruise ship, the sign on a business establishment, or an automobile license plate usually help bring the film back to the right owner.”

Although Eastman Kodak broke ground for their new Midwest headquarters in Oak Brook in 1961, the processing plant remained in operation at 1712 S. Prairie Avenue.  Business continued to grow and in 1968 a huge five story addition and parking deck were built on to the north side of the original building, bringing the complex to its present size. 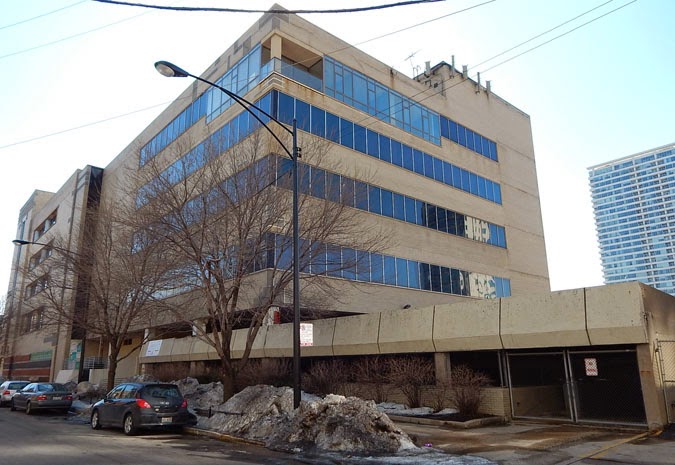 The expanded plant and corresponding parking lot to the south encompassed the original site of 11 houses, including those built in 1901-1902 for the Glessners’ two children, George and Frances Lee, demolished in 1954. 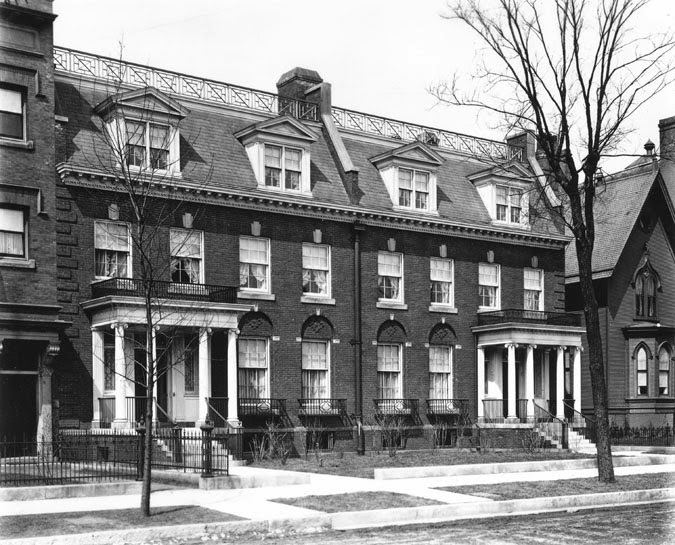 The only visible remnants of the earlier residential history of the site are the limestone curbstones which bordered the lots of the James R. Walker house at 1720 S. Prairie and the Hugh J. McBirney house at 1736 S. Prairie.  Those, too, will soon disappear. 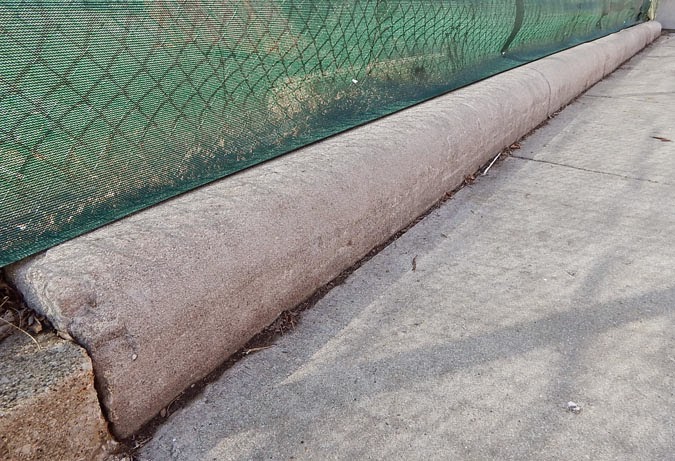 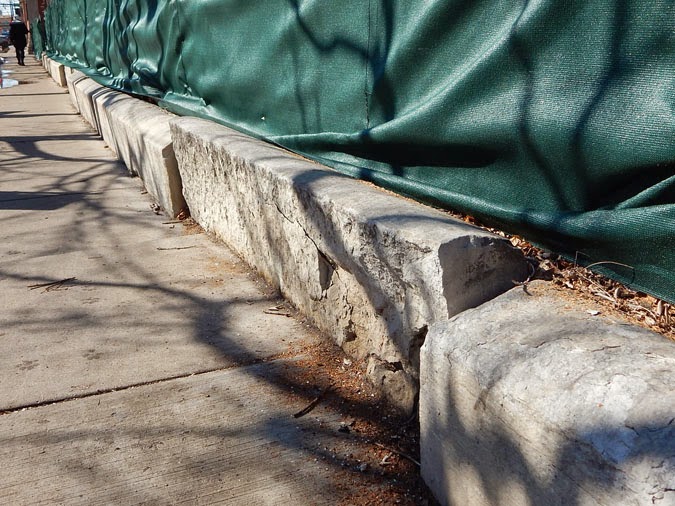 Kodak moved their operations out of the building in the mid-1980s, and in 1987 a limited partnership acquired the 160,000 square foot plant, leasing space to tenants in the printing, high-tech, and medical services industries.  It was presumably at that time that the broad bands of windows on the south elevation were added.  Before the building was emptied of its occupants in the 2000s, tenants included Central Baptist Family Services, Central Photo Engraving, North Central Dialysis, and a branch of Hull House.

The current project, which will encompass 60 townhouses ranging in size from 2,800 to 5,400 square feet, is being developed by Golub and Company and Sandz Development.  The architects are Sullivan, Goulette & Wilson.  Construction is anticipated to take 18 to 24 months.

The 1700 block of Prairie Avenue, looking northwest,
as it appeared in the 1890s.
Glessner house is visible at the far left. 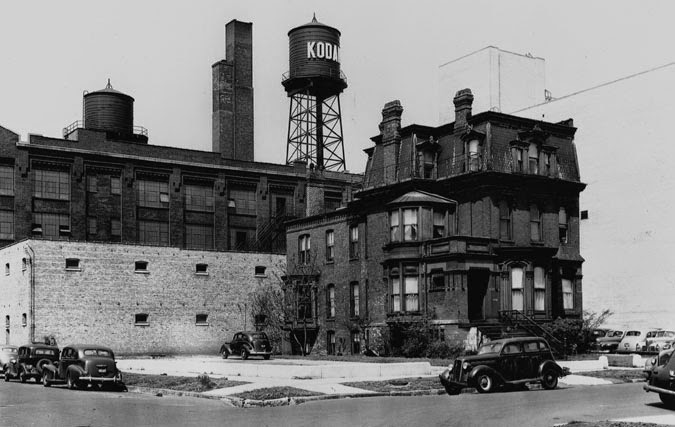 The same block in the early 1940s.  The new Eastman Kodak plant
is visible at right; the Joseph E. Otis house at 1730 S. Prairie Avenue,
pictured, was demolished in 1946. 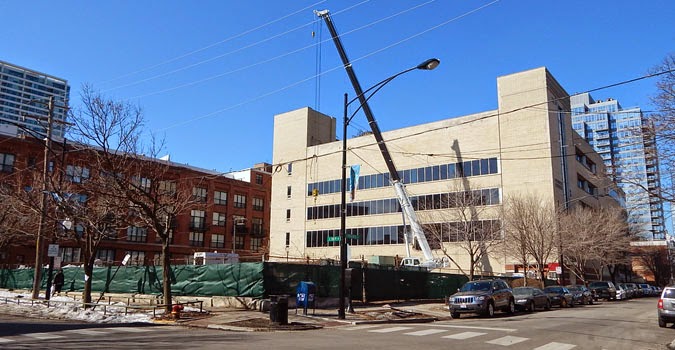