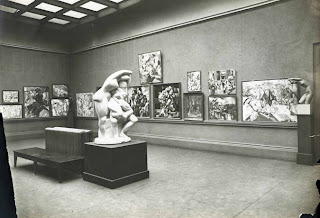 The current exhibition at the Art Institute of Chicago, Picasso and Chicago, celebrates in part the 100th anniversary of the famous “Armory Show” where Picasso’s works were first shown in the United States.  The Armory Show, officially known as the International Exhibition of Modern Art, was one of the most controversial art exhibitions ever held and its impact continues to be felt today, most recently with the opening of the Modern Wing at the Art Institute designed by Renzo Piano.

The Armory Show featured the work of avant-garde European and American artists and received its common name from its initial venue, the 69th Regiment Armory in New York, where the show ran from February 17 through March 15, 1913.  The show came to Chicago and ran from March 24 through April 16 and had its final venue in Boston through the Copley Society, April 23 through May 14. 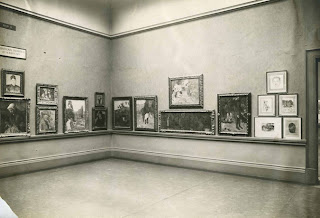 An important note is that the Art Institute of Chicago was the only art museum to host the show during its tour of the United States.  Prior to the show, Chicagoans had almost no opportunity to see this type of art, save for a few progressive galleries and two Art Institute exhibitions on contemporary German and Scandinavian art in early 1913, which showcased artists including Vassily Kandinsky and Edvard Munch. 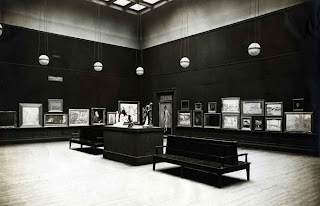 The Armory Show filled nine galleries at the Art Institute, but featured only a portion of the 1,090 works shown in New York.   Per the request of Art Institute Director William M. R. French, the focus on the Chicago exhibition was European artists that Chicagoans had not seen previously.  Artists represented included Matisse, Picasso, Cezanne, Gauguin, Van Gogh, Rousseau, and several of the “Cubists.”

Within a few years of the show, the Renaissance Society at the University of Chicago and the Arts Club of Chicago were formed, both focusing on the understanding of contemporary art.  A few private collectors also began purchasing works of art, such as Arthur Jerome Eddy, who purchased several of the most controversial works from the Armory Show, and amassed a sizeable collection by the time of his death in 1920. 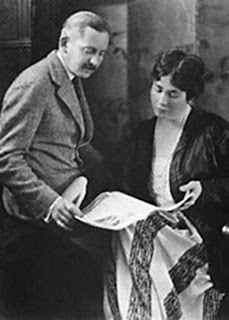 Glessner family friends Frederic Clay Bartlett and his wife Helen Birch Bartlett became major collectors of Post-Impressionistic and modern French art.  Their collection included works by Matisse and Picasso and other artists exhibited at the Armory Show, and several of these were displayed at the Art Institute in the 1920s. 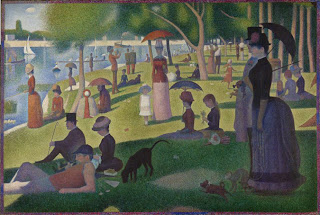 In 1926, following the death of Helen Bartlett, the collection, including Georges Seurat’s iconic A Sunday on La Grande Jatte, was donated to the Art Institute, making it the first museum in America to own a significant collection of modern art on permanent display.

The Glessners’ neighbor Robert Allerton was also an important collector, donating nearly 900 works of art to the museum over his lifetime.  Chief among these were Sketches of a Young Woman and a Man and Seated Male Nude by Picasso, which became the first works by the artist in the Art Institute collection when they were donated in 1923 and 1924, respectively.

Although John Glessner was a long-time trustee of the Art Institute, there is no indication in the family journal that he or his wife attended the Armory Show.  However, an amusing entry in their journal, dated April 13, 1913 confirms that Mrs. Glessner’s two sisters, Helen Macbeth and Anna Macbeth Robertson, did attend the show.  John Glessner wrote:

“In the afternoon Frances and I went to the Flonzaley Quartet concert in the Fine Arts Theatre, and as we came out met Helen and Anna, who not only had been to the concert but before that went to the Art Institute to see the ‘Cubist’ pictures – which I thought too much for invalids to do.”

What exactly John Glessner meant by invalids is unknown; he may have felt that the controversial art was inappropriate for two ladies in their 70s to view.  However, Helen Macbeth was a gifted painter, so it is not surprising that she would have been most interested in seeing the modern pictures that were generating so much publicity and controversy.

Picasso and Chicago runs through Sunday May 12, 2013.  For detailed information on the Armory Show and its impact, visit www.artic.edu/armoryshow.