A Bit of Chicago History in Rockford, Illinois

In 1993, Jim Vitale opened the Cliffbreakers Restaurant in Rockford, Illinois.  Four years later, he opened the adjacent hotel.  One of the distinguishing features of the establishment was Vitale’s extensive collection of antiques and architectural fragments from around the world, including several from Chicago.  Although Vitale sold the business in 2006, and some of the pieces have been sold off, many remain, making it worth a visit for those interested in seeing pieces of Chicago’s history.  Below is a summary of the pieces with a Chicago connection.  The descriptions are taken directly from a brochure acquired at the hotel in 2009 (no longer available). 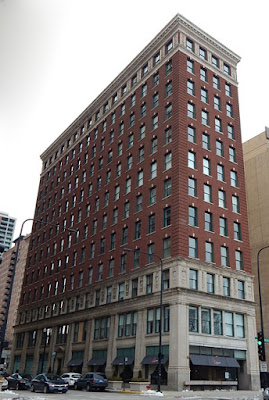 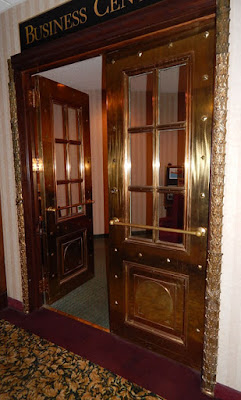 “These massive 10-foot bronze doors weight 750 pounds each and were the original entry doors to the famous Crane building in Chicago.” 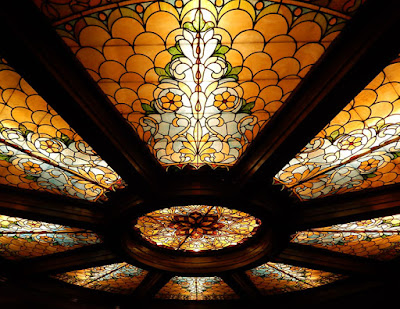 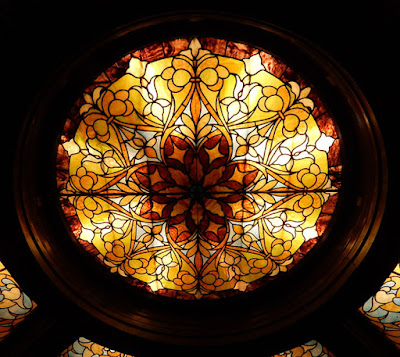 “This magnificent window was discovered above a plaster ceiling during the demolition of the Chicago Corn Exchange at LaSalle and Adams Streets.  It contains over 7,000 pieces of leaded glass.  An amazing stroke of luck for Cliffbreakers!” 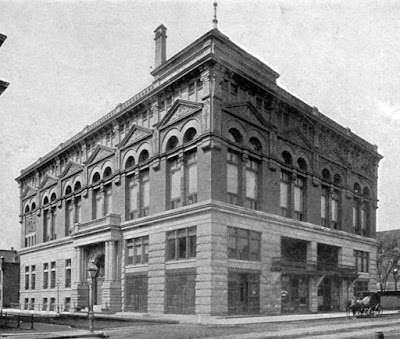 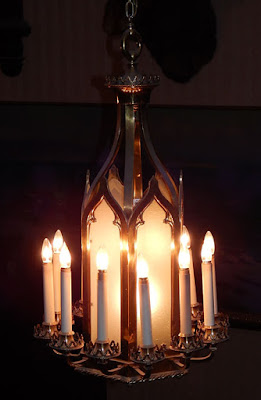 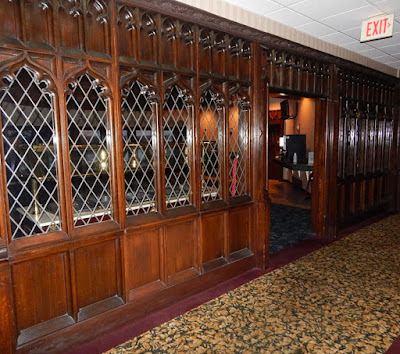 “These massive oak beams on the ceiling of the lobby, the hanging bronze light fixtures, along with the balcony railing and registration desk came from the old Germania Club in Chicago.  This was a private men’s club until its closing in the late 50s.  The 50-foot carved oak grand wall with leaded windows was the original entry to the Club.” 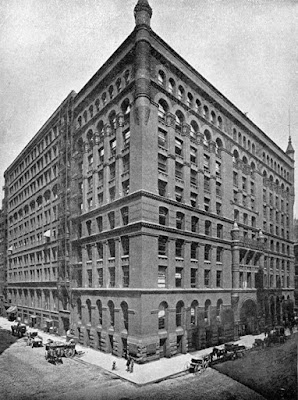 “These two canvasses flanking either side of the lobby are 8 feet high and 27 feet long.  They were painted by American artist George Marshall for the famous Continental Bank of Chicago, at the turn of the century.  One features pilgrims landing at Plymouth Rock; the second, a hillside view of Florence in the springtime.” 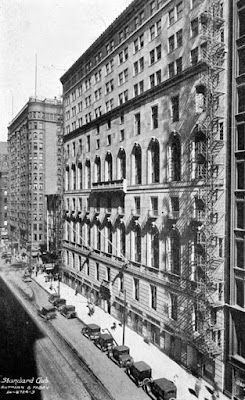 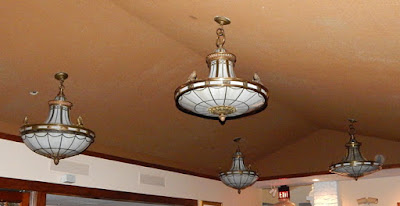 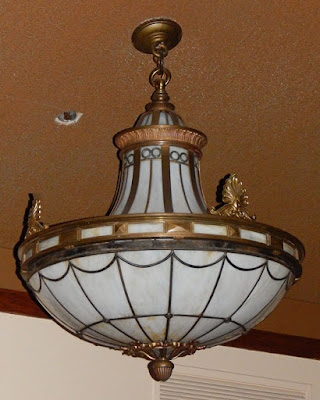 “These magnificent bronze chandeliers once hung in the Standard Club in Chicago.” 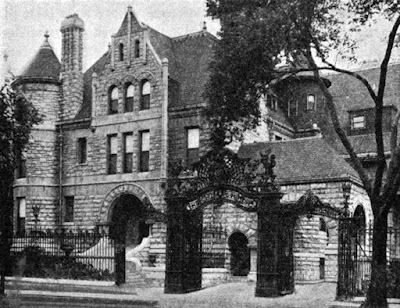 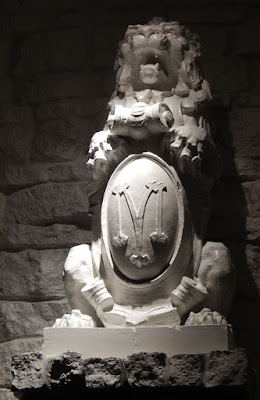 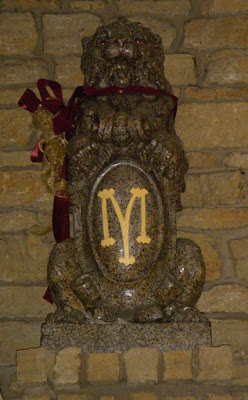 “A pair of glazed terra cotta lions in superior condition.  From the original McCormick Mansion torn down in 1953.”  (The lions have recently been painted white, the earlier photo dates from 2009).

Posted by Glessner House Museum at 10:57 AM